The Eternal Shafts of Time are located in Vorota in the Varushkan territory of Karov. Custodianship of the Shafts grants an Imperial title; a seat on the Imperial Bourse; and a seasonal bounty of valuable mithril.

In the mountains near Vorota in Karov are the Eternal Shafts of Time. These ancient shafts were old long before the Empire was born and the size and precise dimensions of the oldest five-sided shafts hints that those who once worked them were not human. Time seems to run strangely in the shafts, workers claim some days simply run longer than others and the output of the mines seems to support their claims. Some Heralds of the Autumn Eternals Ephisis and Estavus have dropped hints that they know more about this strange phenomenon, but they refuse to be drawn on the specifics - allegedly they claim that "the bargain has not yet run its course so it would be inappropriate to discuss it."

Ownership of the Shafts was hotly contested between the citizens of Temeschwar and those of Varushka in the early days of the Empire, but in the end the Varushkans retained control of them. The League has made little secret in the past of their desire to control the mines. In 340YE, during the reign of Empress Giselle, an effort was made to have the mines reallocated as an Imperial Seat using a document of dubious provenance to claim "significant doubt" over the validity of the Varushkan claim. The motion was quashed before a vote was taken by the Constitutional Court who reiterated their opinion that the only way for a new vote of allocation to take place is if the resource is lost and then later reconquered. Even after the motion was withdrawn, factions in Varushka were not satisfied; the day after the Senate meeting where the attempt was made, several of the Empresses most prominent supporters in both the Imperial Senate and the Bourse were cursed, and the Varushkan senators were united in their opposition to every motion raised by a League senator over the next two years.

Control of the Shafts is assigned to whichever Varushkan candidate receives the most support from Varushkan owners of mine resources. In a similar manner to the Granites of Veltsgorsk, the mine-owners of Varushka often offer their votes to potential candidates in return for an agreed on share of the mithril the mines produce. The most successful holders of the Seat are able to strike a good balance between receiving sufficient support, and keeping enough mithril for themselves to keep the title profitable. 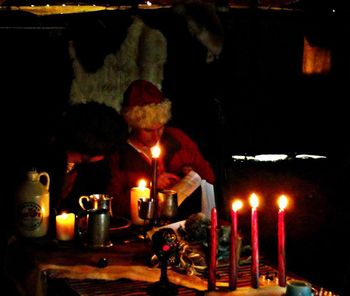 Tomasz of the Vor'Azi has held the Seat since Winter 378YE

The Seat has no particular responsibilities; they simply receive a bounty of mithril which is theirs to do with as they will. If the Eternal Shafts of Time were to be threatened in any way, it would be the responsibility of the Seat to deal with those threats. Likewise, if any particular opportunity were to arise related to the Eternal Shafts of Time, the Seat would expect to be consulted as to how that opportunity might be resolved.

The Seat has control of a source of mithril and receives Bourse certificates to represent that control. They can dispense this resource as they choose. Production is 27 Imperial wains of mithril every season.

As with all mithril Bourse seats, the holder of the title is determined during the Autumn Equinox. Control of the Shafts is assigned to whichever Varushkan candidate receives the most support from Varushkan owners of mine and forest resources. Votes are recorded in private in conjunction with the civil servants who support the Bourse.

Custodianship of the Eternal Shafts of Time is retained for a year, or until the citizen holding the seat dies, or steps down. An Imperial Bourse seat cannot be revoked by the Imperial Synod.

This title is currently held by Tomislav Straskovic; it will be reelected at Autumn Equinox 384YE. The table to the right shows the citizens who have been elected to hold this title in the years since Empress Britta died.