All knowledge is power.

The Order has been known to use the symbol of a black lantern, or the rune Diras picked out in grey on a darker or lighter grey background, or both together. 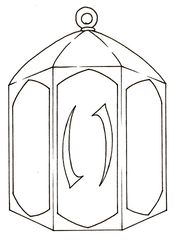 The Order of the Shuttered Lantern holds the following to be true:

The Order of the Shuttered Lantern therefore exists to: 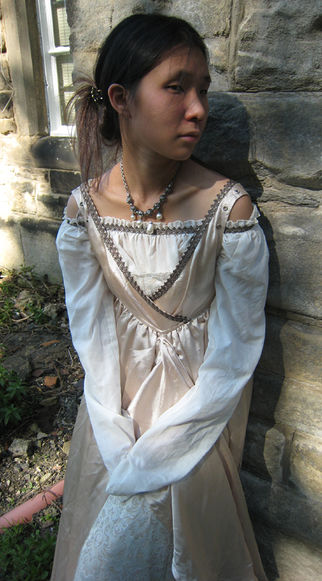 Although the Shuttered Lantern's manifesto presents itself as acting discreetly so as not to cause undue concern to the citizens of the Empire, this inclination toward secrecy has occasionally been a two-edged sword. There are many rumours that the order has been engaged in shadowy warfare with sinister cults, cabals and secret societies. The order as a whole dismiss such notions as fanciful storytelling, pointing out that resourcing strategically applied scrying of hostile powers forms the core of their work and is far less glamorous.

It is an open secret that the Shuttered Lantern regularly employ curses against those they consider to be a threat to the Empire, whether Imperial citizen, barbarian or foreigner. The Order often supports magicians from other orders subject to a declaration of sorcery occasioned by an unpopular curse. As a result many magicians assume that the accused placed the curse at the behest of the order. Their true intentions are often hard to discern, as the Order habitually conceals their true agenda.

It is claimed that the order engages in espionage using mundane means as well as magical ones, though they usually refuse to reveal how they have come by their information. They consider it good sense to keep an eye not only on known enemies, but also on friends and allies - especially those who are close enough to harm the Empire. The first grandmaster, the Navarr vate Damien Cloaked-in-Green famously said "We are given two hands so that one might watch the other while it works."

The order has a reputation for being paranoid, even among themselves, and members tend to work only with those they personally trust. These agents use the order as a way to maintain influence in the Conclave; to gain the magical resources they need to scry and uncover the plots of the enemies of the Empire; and to keep an eye on their fellow magicians.

The order is very popular with Suaq, Navarr and Highborn magicians, and magician-priests of Vigilance. The order naturally tends to promote magic that revolves around either scrying or concealment. They have regularly been accused of underhand tactics, with claims of coercion and blackmail by several prominent members of the Conclave in the past.

They occasionally find themselves strange allies of the Unfettered Mind because both orders oppose needless regulation on Imperial magicians - although it must be said that the Shuttered Lantern are more interested in opposing unnecessary control of their magical behaviour, rather than the general magical behaviour of all wizards.

Each summit, the Conclave vault of the Shuttered Lantern garners the following resources;

Each Conclave order is led by a grandmaster who is elected by their members. This title is currently held by Gregor; it will be reelected at Autumn Equinox 384YE. The table to the right shows the citizens who have been elected as grandmaster of the order in the years since Empress Britta died.