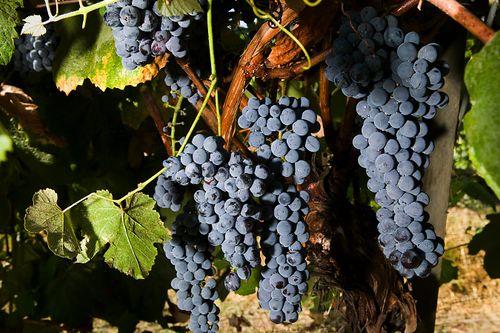 The most exquisite strains of Catazaari grapes are cultivated at Signori d'Argento.

The Signori d'Argento Vine Tender is an Imperial title commissioned by Brother Dagon of the Shattered Tower using an Imperial Wayleave. The position of Vine Tender is a sinecure, requiring minimal responsibility but offering a regular monetary income.

The garden is in the region of Foracci, Sarvos, on the outskirts of the Aversa Estates.

The Vine Tender receives a stipend from the vineyards. In return, they are expected to catalogue and hunt down any rare strains of grape suitable for cultivation in the vineyards, and preserve them for future generations. Further, if the Signori d'Argento were to be threatened in any way, however, it would be their responsibility to deal with those threats. Likewise, if any opportunity relating to the vineyards presented itself, they would make any decisions needed to take advantage of it.

The Vine Tender gains custodianship of a sinecure. They receive 10 crowns, 16 rings each season from the vineyards.

The title can be held by a citizen of the League. The Vine Tender has tenure, and serves until they die or step down. They can be revoked by the General Assembly, the League National Assembly, and by the Assembly of the Nine.

A plantation of the most exquisite cultivars of Catazarro wines to be planted at the outskirts of Aversa Estate. Amongst the rolling woodlands of eastern Foracci lies the tiny hamlet and country estate of Aversa, home to the Corvinoscuri family for generations. The sun-drenched meadows around Aversa have always known wine, perfectly situated as they are for the cultivation of strong red wines, but production has always been more of a hobby than a commercial enterprise as the family made most of its wealth within the city.

After the sack of Sarvos by the Grendel in 380YE it became clear to the family head of the Corvinoscuri, Giacomo, that too much of the wealth and power of the region was concentrated in the city and that it was important for commercial interests to be diversified inland. In conjunction with the Compagnia di Rossi, Giacomo tasked local farmers to start planting the most flavoursome cultivars of Catazari grape on the Aversa estates, with the intention of blending a selection of magnificent wines.

The most flavoursome cultivars were not always the easiest to grow, however. Virtù Rossa had a wonderfully punchy flavour which added hidden depth, but without constant care withered on the vine; Figlio di Gancio almost danced on the tongue but stubbornly refused to grow straight; Desiderio del Corvo was the essential ingredient behind the local Aversan treasure, Il Vino di Corvo, but wasn’t suitable to grow in larger quantities as it required so much maintenance. And so on.

The actual commission of the vineyards was far from straightforward and involved three senators (Magdalena di Sarvos, Gant Archama, and Joseph Holbuck, senators for Sarvos, Temeschwar, and Holberg respectively), and ultimately completed by Brother Dagon with an Imperial Wayleave. All four are considered honoured patrons of the Signori D’Argento Vineyards and entitled to inspect and sample the produce all year round.

The vineyards are not a purely commercial venture, however. As well as being responsible for the protection of the vineyards, the Vine Tender is tasked with hunting down rare strains of grape - at least those that will prosper in the Sarvosan climate - and preserving them for future generations. One such cultivar of particular interest is the elusive Barrenberry - a strain of grape vine previously restricted to a few vineyards in Dawnguard which has so far avoided acquisition.

The Vineyards are the second project of Red Raven Holdings (after the Wellspring of Jade). Red Raven Holdings is a building society incorporated in Caricomare, dedicated towards the construction of sinecures that will benefit the Empire and its citizens - although it must be noted that so far all of their major constructions have been in the League. Original text contributed by Jim Watts

This title is currently held by Captain Markus DeVere. This title has tenure, the occupant may hold the title until it is revoked, they die or they relinquish the position. The table to the right shows the citizens who have been elected to hold this title in the years since Empress Britta died.