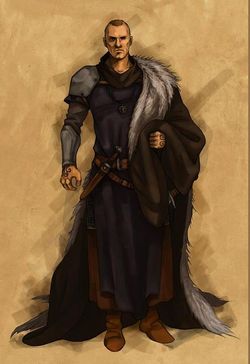 Varushkans like to display their wealth in their costume. Clothes are usually practical and well made but are made from cloth dyed in bright colours and then intricately embroidered with a dark thread. The use of fur is common, on cloaks, robes and mantles in a range of colours and styles.

Armour and weapons are always solid and well made. For most they are practical pieces made to serve, but the wealthiest Varushkans use ornate designs that serve to strike fear into their enemies. Talismans are widespread, used to help ward off evil.

Fabrics are usually a single colour, suitable for embroidery or decoration. Poorer Varushkans use practical and hard wearing materials like wool, felt, heavy cotton, leather - but the fabric is less important than the decoration. Fur is common, but is usually reserved for trim.

The most common Varushkan costume is a white shirt, tunic or dress, often white or a light colour. This is usually intricately embroidered on the hems, red is traditional but other bright contrasting colours are seen. Garments are sometimes made from wool, but most Varushkans prefer a lighter material. These can be worn in layers for warmth, commonly with different garments in contrasting colours. Warm shawls in bright colours are handed down through families. 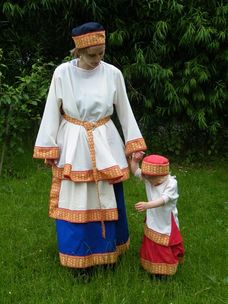 Varushkans of all genders frequently wear plain coloured “hero trousers”, baggy down to just past the knee then strapped to the leg. Trousers may be plain or brightly dyed but are usually made from fabric of a single colour; the strapping is another opportunity for a bright contrasting colour, embroidery or both. Coats are more common than cloaks. The traditional coat has an asymmetric overlap across the chest, is nipped in at the waist but flares out below the waist to a full ‘skirt’. The wealthiest wear coats in bright strong colours often with fur trim or embroidered hems. If dresses are worn they tend to have full, layered skirts, often with added aprons. 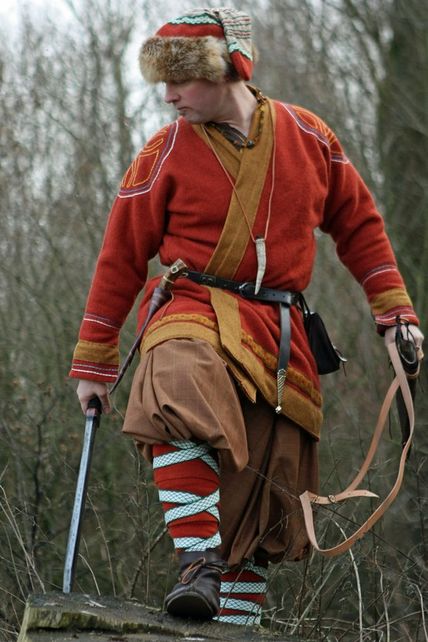 Fur is used extensively to trim garments of all kinds including armour. When trims are added it tends to be in bands of colour around the upper arms and hems. The most distinctive feature of Varushkan costume is the intricate embroidery that provides a strong contrast. Embroidery stands out as a mark of the wearer’s wealth - and is most commonly seen in bands and hems not across whole garments. 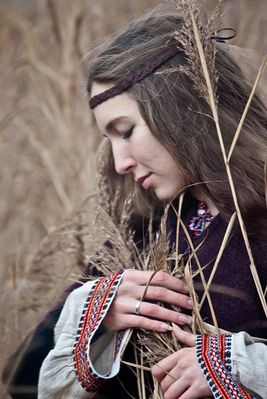 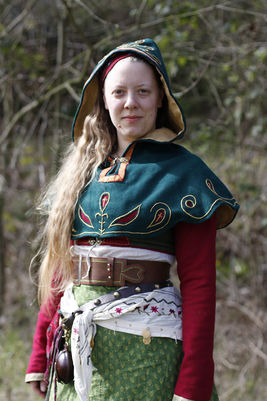 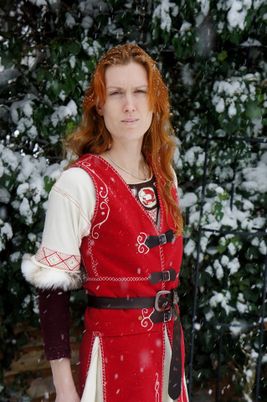 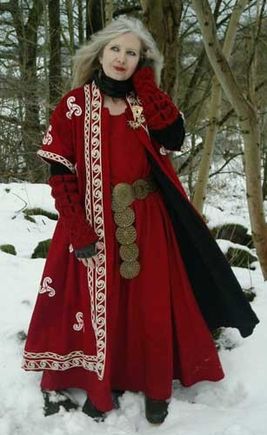 Amber and silver are most commonly worn. Hunters carry amulets, talismans and fetishes designed to protect them from the monsters that might otherwise hunt them in turn. 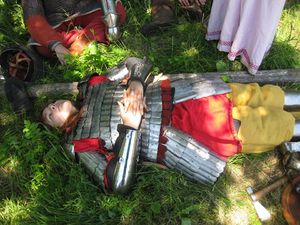 Varushkan hats may be simple embroidered round caps trimmed with fur (you can find a simple tutorial for making this kind of hat here),or else pointed caps that fold over the head. 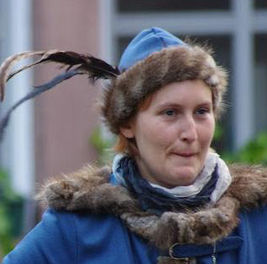 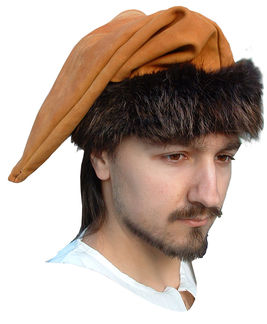 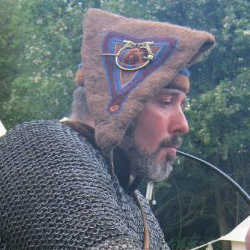 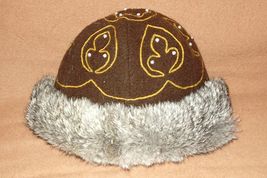 The traditional Varushkan armour worn by the Schlacta, the professional soldiers, is tightly woven scale or lamellar. It is as likely to be leather as metal. 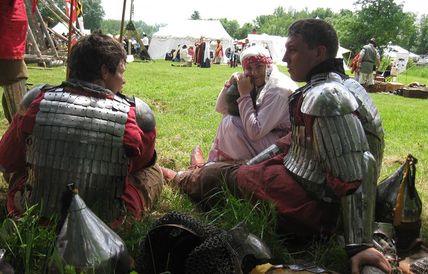 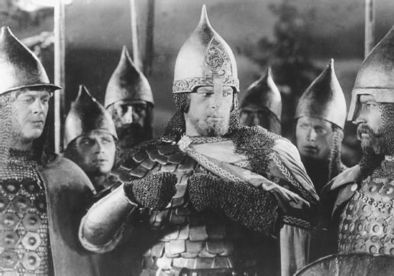 Splinted greaves and vambraces are common. Helms usually rise to a point, often with a plume. 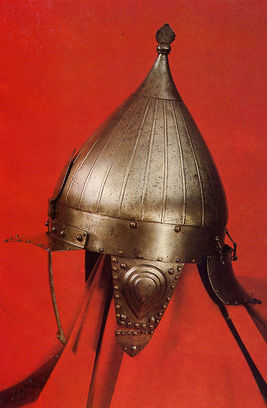 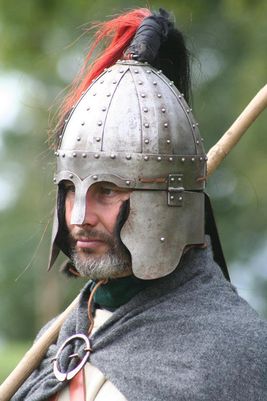 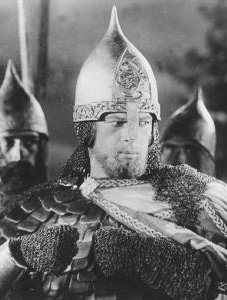 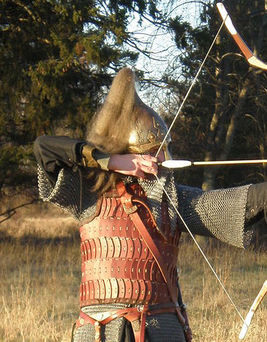 Round shields are common and some Schlacta employ a pavisse.

Schlacta, the Varushkan professional warriors, use heavy weapons of war such as broad swords, war axes and bardiches. The woodsman’s axe is a common weapon for many other Varushkans.

This couple are wearing some traditional Varushkan garments, a white dress and a white tunic with embroidered hems respectively. Sheepskin is a practical but cheap material which is worn by poor Varushkans, wealthier individuals would layer their garments instead and hem them with fur. Patterned fabrics, such as the woman’s skirt, are used by the poor in place of the embroidered garments worn by most Varushkans. 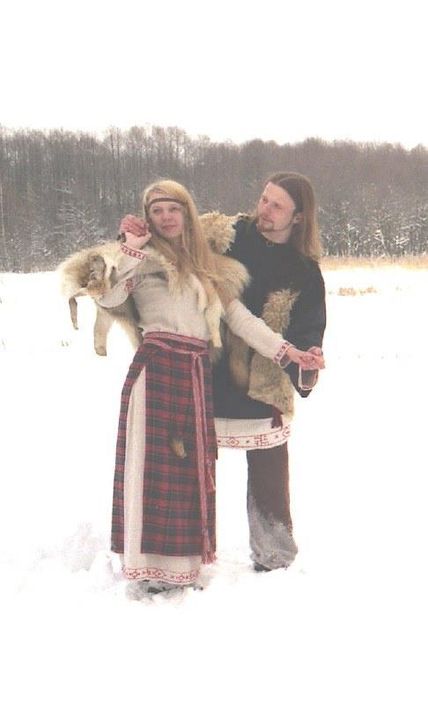 Wise ones have a distinctive look which marks them out from other Varushkans. They receive a lot of gifts from the people they help and many people choose to give hair locks in return for luck and answers. The Wise Ones might braid these into their own hair, or wear them in bunches on belts or tied to staves. Other talismans and totems similarly given are similarly incorporated into hair or clothing or worn as jewellery. Many Wise Ones will know the story of each talisman they wear. Wise Ones also tend to wear blindfolds when they are conducting official business, and for some their blindfolds become an iconic part of their costume worn as head band or stole. They often make the most traditional of choices - long wrapover coats in the favourite colours of Varushka are common, and many take a ritualised approach to ageing - emphasising crow's feet around the eyes with colours, drawing attention to white streaks in the hair - even clothing is sometimes retained, patched and repatched to show its age.

Warrior Boyars often wear the traditional lamellar armour but with more complete coverage and supplemented with hardened leather or plate on the fore-arms and legs. A few wear plate that has a simple design but is intricately decorated with the tooled plate emphasising the strength and power of the wearer to make them appear darker and more intimidating. 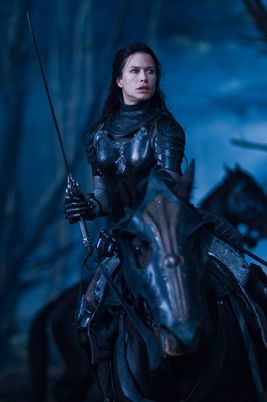 Costume for Varushkan children follows the traditional styles and emphasis on bright colours. 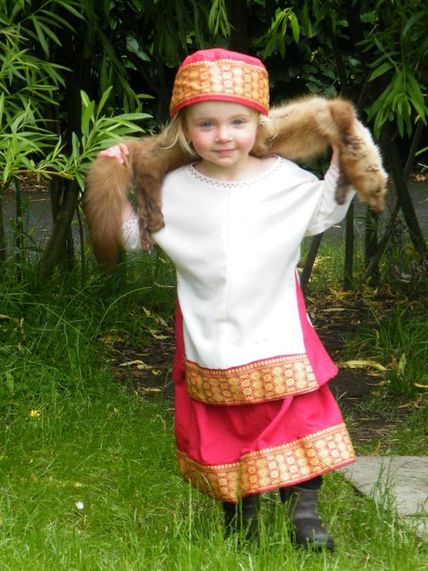 Varushkans often use animal symbols and runes to express virtues in their storytelling and artwork. 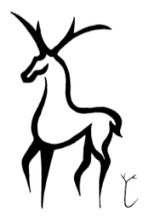 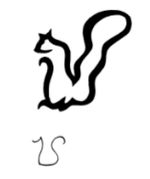 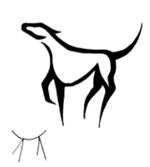 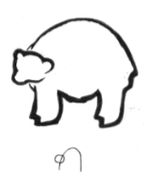 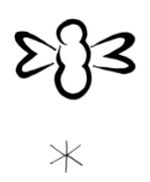 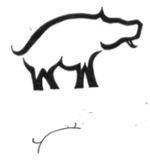 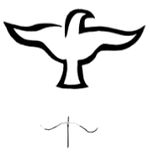 Things you're unlikely to see