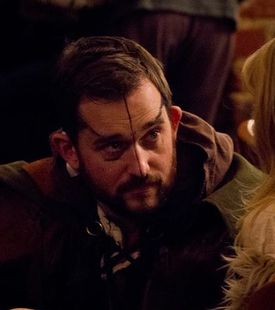 The Imperial Chaplain Consular is an Imperial Title appointed by the Cardinal of the Way. The title was created by the Imperial Senate during the Spring Equinox summit of 379YE.

The first Imperial Chaplain Consular was Hywel Summercrow of Navarr, appointed in Spring 379YE by Cardinal Bishop Beodun Snowlock of Wintermark. The decision has prompted some speculation that the Cardinals of the Way intend to follow the traditions surrounding the Conscience of the Senate - specifically that it is customary to select a candidate from a nation other than that of the Cardinal.

The Chaplain Consular has three main responsibilities. They are expected to advise Imperial Ambassadors on matters pertaining to the Way - to offer them theological guidance and spiritual counsel in their dealings with foreign nations. They are to provide oversight of Imperial Ambassadors for the Synod - to ensure that the representatives of the Empire are free from heresy, and do not become seduced by the strange ways of foreign nations. Finally, they are expected to study foreign religions, and to share their conclusions in order to facilitate comparative theology.

Once per summit, the Imperial Chaplain Consular may call an inquisition against an Imperial ambassador without the need for a vote in the Synod. This is in addition to any existing judgements they have raised normally. This use of the power may be escalated to sanction just like any other inquisition. To use this power, the Imperial Chaplain Consular must still place a judgement before the Synod, but it is considered to pass automatically at the point it is presented.

The Imperial Chaplain Consular may remove up to five Thrones each season from the Virtue fund without requiring a vote. To use this power, the Chaplain Consular must still place a judgement before the Synod, but it is considered to pass automatically at the point it is presented. Judgements to remove money from the Virtue Fund are in addition to any existing judgements they have raised normally.

When using this power, the Imperial Chaplain Consular should still indicate the group or individual that is to be rewarded.

The Chaplain Consular is appointed by the Cardinal of the Way, during the Spring Equinox.

Any Imperial citizen may hold the title. They can be revoked by the General Assembly or the Assembly of the Way.

This title is currently held by Lady Laudine of House duLac; it will be reelected at Spring Equinox 385YE. The table to the right shows the citizens who have been elected to hold this title in the years since Empress Britta died.