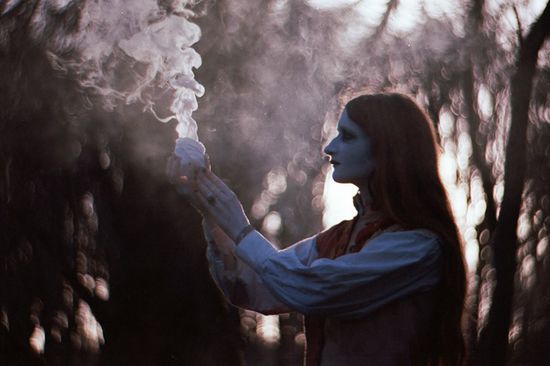 These mystic infusions grant those who inhale them supernatural insight. They are intended to be poured into hot water and the resulting steam drawn into the lungs, from where its semi-narcotic effect flows throughout the entire body. Extensive use of these infusions can have a detrimental effect on the peace of mind of the user, and they are best employed sparingly.

These potions are, unsurprisingly, popular with the Kallavesi and with mystics of all nations. The modern recipes used to brew the infusions were refined over centuries in the swamps of Kallavesa, but the Navarr used similar preparations for centuries, and can claim the credit for first developing the Ravenwing Infusion at the very least.

This volatile oil dissolves quickly in warm water, or can be thrown directly onto hot coals or open flame to create a small cloud of strongly scented steam. Taken deep into the lungs, it allows the drinker to perceive magical auras, or gain an instinctive feel for the qualities of a ritual being performed nearby.

This pale red concoction produces a thick, lingering steam that hangs in the air for several moments unless actively inhaled. It causes a momentary dizziness, and then the individual who has partaken of it can perceive auras around living beings. Be closely examining these auras, the imbiber can potentially gain useful insights. The infusion also causes the user to have exceptionally vivid dreams for up to a full day after using it, and many mystics believe that there are hidden messages in those dreams, either hints of the future or insight into the nature of the skein.

Initially, this preparation was of most use to mystics who interpreted the information gained from auras in various esoteric ways. With the slow spread of the Imperial faith, Ephraim, son of Miriam, a Highborn archivist, discovered that the preparation also allowed the user to perceive the effects of certain religious ceremonies, without the use of liao.

Sometimes the Infusions of Feathers reveal more than the user expects.

This midnight blue liquid hisses and bubbles when exposed to heat, and releases a cloud of shimmering, barely visible steam. If it is inhaled deeply, a chill sensation emanates from the chest through the whole body. After a moment, the imbiber enters a hypnogogic trance during which they receive symbolic visions concerning important events. These are visions of things that may come to pass in the near future, or have recently occurred, or which are currently occurring. There is no way to focus these visions towards specific topics of interest.