Keeper of the Glorious Fountain

Keeper of the Glorious Fountain 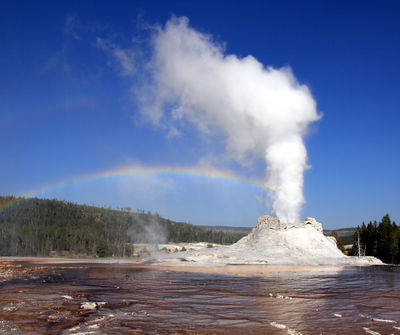 The hot springs of Peregro are beautiful but dangerous as this steam plume suggests.

The Keeper of the Glorious Fountain was an Imperial title established by the Imperial Senate during Winter 378YE. The title was a sinecure, requiring minimal responsibility but offering a regular income of crystal mana.

The sinecure involved custodianship of the Glorious Fountain of Dawn and Dusk, based around a series of geysers and hot springs in Morrow. While the day-to-day operation of the marvellous fountain was overseen by a small professional staff, the Keeper might still have been called upon to deal with any problems that are outside their area of expertise.

During the Spring Equinox 380YE, a plague of crystal-eating vermin saw the Seante commission white granite wards to help protect the Fountain, which had the unexpected outcome of adding additional production to the sinecure.

Shortly after the Summer Solstice 382YE, the fountain was destroyed by the Druj who tore it apart to claim its bounty of mana for themselves.

The Keeper had no particular responsibilities; they simply received a bounty of crystal mana from the Glorious Fountain of Dawn and Dusk. If the Fountain, or the hot pools from which it rises, were to be threatened in any way then it would have been the responsibility of the Keeper to deal with those threats. The Keeper might also have been called on to deal with any threats to the small staff who maintain the fountain; there was always some risk of problems with the vallorn or Therunin to the north.

With the destruction of the sinecure, the title no longer has any powers.

The title could be held by an Urizen citizen. The Keeper had tenure, and served until they die or step down. They could be revoked by the General Assembly, the Urizen National Assembly, and by the Assembly of the Nine.

With the destruction of the fountain, the title still exists but has no powers. It will not be reappointed once the last holder dies, steps down, or is revoked. 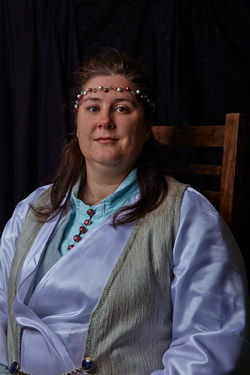 Tatiana of the Auric Horizon, first
Keeper of the Glorious Fountain

The Glorious Fountain of Dawn and Dusk

In western Peregro are found a series of geysers and hot springs, beneath which lay a nexus of powerful subterranean magic. The magic occasionally bubbled to the surface through the hot springs - on occasions when this happened, the waterspouts were transformed into pure superheated steam, rich with arcane potential. Harnessing the magic of the springs proved especially challenging until a talented Architect named Camilla Sunspire proposed a unique way of harnessing the magic without damaging the magic - or risking an accidental explosion.

Following her plan, an intricate arrangement of mithril-lined pipes would channel the flow of water from the largest spring into a specially constructed fountain. Designed with intricate pipes and valves, the fountain would rise to a crescendo at both dawn and dusk (rather than every four hours, twenty-seven minutes, as the natural geyser does). In addition to harnessing the magic of the pools, the mithril pipes caused an accretion of crystalline mana to form around the edges of the wide heat-resistant basin which could be harvested without risk.

When Senator Cato proposed in Winter 378 that a sinecure be constructed, the work of Camilla Sunspire was brought to the Civil Service's attention and the delighted architect was invited to assist with the building project which was completed shortly before the start of the Summer Solstice 379YE.

The fountain itself was maintained by a small staff, assisted by a cadre of ushabti designed specifically to work in the dangerous heat of the hot springs. In addition to collecting the crystal mana, cleaning the fountain's workings, and performing minor calibrations to the valves based on the average rainfall, the staff were kept busy extracting coins, debris and other mementos thrown into the fountain by travellers who do not understand its purpose - or the danger of one of these trinkets blocking one of the main pipes...

In the end, the Druj tore the beautiful structure apart in a matter of days and permanently damaged the magical flows that gave the hot spring its special provenance. Much of the water was drained away, and the magic leeched from the subterranean nexus by the hungry Druj magicians.