The Minister of Historical Research is an Imperial title appointed by the Senate. It was established by majority vote of the Senate in Autumn 377 to help the Senate handle requests for historical research.

The purpose of the minister is to authorise research requests, freeing the Imperial Senate from the need to assess each request directly. 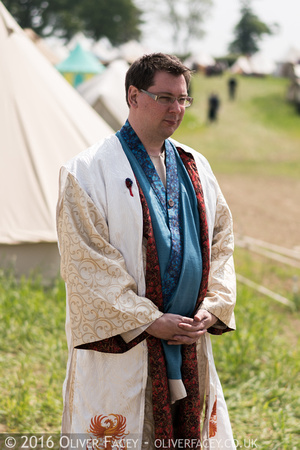 The first Minister of Historical Research was the Urizen former-Senator, Ioseph of Phoenix Reach.

To use this power, the Minister provides an announcement to the Civil Service, who present the decision to the Imperial Senate. No voting is possible by the Senate at this point, as the power has been delegated to the Minister. The Imperial Synod may, however, choose to exercise their veto over the minister's decision.

The Minister of Historical Research is an Imperial position appointed by the Senate. Any Imperial citizen can hold this title. The Minister serves for a year, and they can be revoked by the General Assembly and by the Assembly of the Nine.

Details of some of the historical research that has been carried out, including that commissioned by the Minister, can be found here.

This title is currently held by Severin Teyhard von Holberg; it will be reelected at Autumn Equinox 384YE. The table to the right shows the citizens who have been elected to hold this title in the years since Empress Britta died.