The Advisor on the Vallorn is an Imperial title that may be held by any Navarr. The position was established by majority vote of the Senate in Spring 378YE.

The Advisor of the Vallorn has been the target of several attacks by agents of the Whisper Gallery. These eternals appear to object to the Advisor's role in directing the Empire's historical research agenda.

The title is responsible for advising the Senate on matters relating to the vallorn, and protecting the Empire from the influence of this mysterious force or entity. As custodian of the Great Library of Hacynian, if the commission were to be threatened in any way, it would be their responsibility of the Advisor to deal with those threats. Likewise, if any opportunity relating to the library presented itself, they would make any decisions needed to take advantage of that.

To use this power, the advisor provides an announcement to the Civil Service, who present the decision to the Imperial Senate. No voting is possible by the Senate at this point, as the power has been delegated to the advisor. The Imperial Synod may, however, choose to exercise their veto over the advisor's decision.

The Advisor on the Vallorn has the right to make an address to the Senate once per summit. This is intended to allow them to present important information for the Senators consideration. It is extremely impolite not to inform the Speaker's seat of your intention to use the Right of Address in advance of a session. 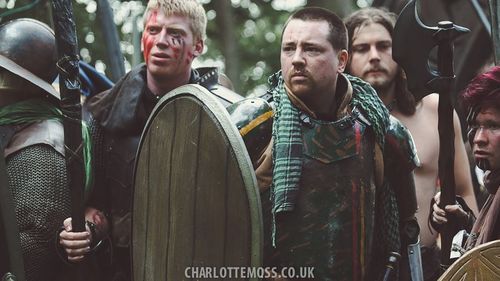 Once per summit, the Advisor on the Vallorn can raise a Declaration of Interdiction to the agenda of a Conclave session without spending crystal mana. They follow all other rules and guidelines for submitting an article for the Conclave agenda (it must be in advance, with the assistance of a civil servant, and they are responsible for any presentation).

Custodian of the Great Library

The Advisor has custodianship of the Great Library of Hacynian in Hercynia. They are not automatically assumed to be involved in the day to day operation of the library but are assumed to direct those efforts. The custodian cannot take any action that would require a legal power to authorize, such as abrogating or ceding the commission (which are powers of the Imperial Senate).

The title can be held by a Navarr citizen. The advisor has tenure, and serves until they die or step down. They can be revoked by the General Assembly, the Navarr National Assembly, and by the Assembly of the Nine.

Notes presented to the Senate by Neb, a previous Advisor on the Vallorn, have been made available to anyone who is interested - File:Vallorn Notes.pdf.

The Advisor on the Vallorn has also commissioned a number of historical research projects. Details of these projects can be found here.