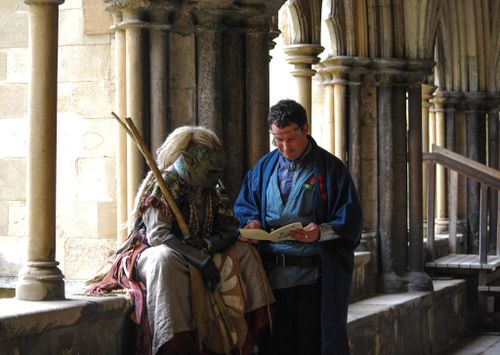 Formulaic rituals have been refined over years - or centuries - to make them as simple to cast as possible.

Formulaic rituals are rituals whose techniques and practices have been successfully refined to make the ritual as efficient and easy to cast as possible. Formulaic rituals are highly focussed - the caster gives up flexibility to gain reliability and efficiency. In addition magicians can learn to master formulaic rituals, making them even easier to cast.

There is a large body of formulaic rituals that have been promulgated throughout the Empire by the Imperial Conclave called Imperial lore. These rituals are not the only formulaic rituals in existence, but they are so well known that they can be attempted by anyone powerful enough to do so.

Players interested in creating a new formulaic ritual should make sure they read through the information on ritual theory.

The ritual list describes all the formulaic rituals which are part of Imperial lore. These rituals are known throughout the Empire and any magician or coven that has sufficient magical power can attempt to cast them.

Magicians can learn to master formulaic rituals that are part of Imperial lore. Mastering a ritual means that any crystal mana used is doubled in effect, which makes the ritual much easier and cheaper to cast.

Creating a new ritual is a significant undertaking. In pre-Imperial times it might take decades to formulate even a simple ritual. There is a large body of ritual theory that Imperial magicians have discovered through painstaking research. Reading this lore will help any player who is interested in discussing or creating a new ritual.

To create a new formulaic ritual, a magician must start with an appropriate arcane projection, which will form the basis for the ritual being created. It is not always possible to duplicate a spontaneous effect using formulaic magic, so the final ritual may not end up identical to the original spontaneous effect. It may be more or less difficult to perform, and some elements of the ritual may have to be changed. In particular, formulaic magic is more flexible than spontaneous magic, for example divinations that can be cast on any item or enchantments that can be cast on a variable number of targets. The formulaic version of a ritual will automatically take advantage of these benefits where possible, but other than this it will be as close to the original spontaneous effect as the magicians involved can make it.

The new formulaic ritual is only complete once a ritual text has been produced. The ritual text is given into the care of the magician who held the Imperial position when the work was completed. 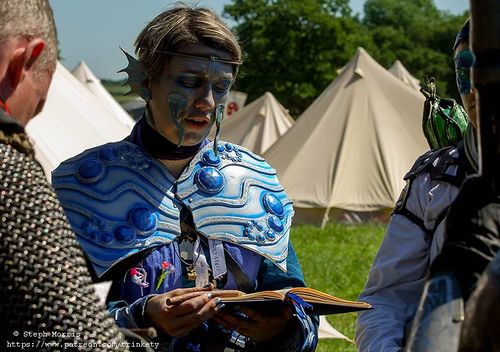 A ritual text grants the ability to perform a formulaic ritual.

A ritual text is a rare, magical item that contains all the details necessary to perform a ritual. Most (though not all) ritual texts take the form of a description of the ritual, including all the rules, and at least some in-character commentary on the ritual. A ritual text contains sufficient information that any coven that holds one may use it to attempt to perform the ritual, exactly as if the ritual were part of Imperial lore.

A magician who has the physical ritual text can also choose to master the ritual it describes by buying the extra ritual skill or using an empty ritual slot. This follows all the other rules for learning a skill during time-in. The text must be taken to GOD or shown to a referee to allow the ritual it contains to be mastered in the field.

If one of the contributors has mastered a ritual, their coven may attempt to perform that ritual exactly as if it were part of Imperial lore, even if they no longer have access to the original text.

Unless a ritual text is formally added to the body of Imperial lore (through declaration of the Imperial Conclave), only someone who has possession of the text can master it. A magician cannot teach mastery of the ritual to another character without the text present.

Once a ritual text has been added to Imperial lore it follows all the normal rules for formulaic rituals in Imperial lore. Any Imperial magician may attempt to cast the ritual; they may choose to master the ritual if they have a slot available; and they could then teach any other magician to master it.