The site crew are responsible for preparing the site before the event and for clearing the site afterwards. This job includes erecting and dropping the scores of tents that are deployed as well as numerous other jobs like collecting benches and rubbish bags. There are also specialized teams for some jobs like electrics, toilets, and set-dressing. We have a good sized team, but the more people we have, the faster the work goes, so if you're interested in getting involved in helping out with the physical side of Empire then we're keen to talk to you!

Most of the site crew wear distinctive red crew caps, so the department is often referred to as the "Redcaps". If you need someone to help you with logistics at an event, you will often be directed to "ask for a redcap" - which means finding a member of crew wearing a red crew cap.

Behind every Profound Decisions event is a small army of guys and girls who give it their all to prepare the site for the players to trash in their desire to murderise orcs or each other. Without the tents, cool sets, toilets, power cables, bins, benches, tables and yet more tents there would be no game because there would be no game environment . The site crew - otherwise known as the Redcaps - are responsible for all aspects of site set up, maintenance and take down.

Being part of the Redcap Team is extremely good fun and you’ll find a team of volunteers who are skilled, supportive and able to make a lot of fun out of hard work - but it isn’t for everyone. You don’t have to be very strong to be useful, but you do have to have a degree of stamina to keep going, especially when the weather is terrible and the work just keeps on coming. This means emotional, as well as physical stamina. It might sound odd, but morale is important and everyone on the Redcap Team shares the job of being committed and focused.

Before time-in and after time out, being part of the Redcap Team is a full time job. This means arriving on site and ready to work on Thursday morning (or earlier if you can make it) and finishing at whatever time the job gets done on Friday. This might be on or after time in, and might mean you are not able to be in character at the start of the game. Take down begins shortly after timeout and normally continues the following day.

It's hard work but it’s also tremendously rewarding to be part of the team which makes the game site a positive, fun environment - it means so much to the players that attend and it means a lot to the Redcaps too.

There are five very distinct teams that form the site crew. The largest and most prominent is the site set-up and take-down team. This team is perfect for anyone who would like to get involved with crewing an event but doesn't have any experience or special skills. The other teams - set dressing, security, hygiene, and sparkies - are more specialized and better suited to crew who are able to carry out that dedicated role. 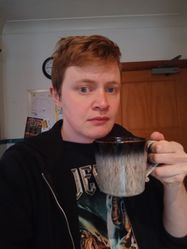 The head of the site set-up and take-down team is Morgan Wilkinson. Morgan is responsible for organizing and deploying everyone in the team before and after each event. Much of the work begins before the event. We have a big list of jobs to do, most of which involve putting up or taking down tents of all sizes, up to the larger marquees.

With all that work it’s really important that we know when you intend to arrive on site – what day and also, if possible what time, so that we can put you in a suitable team with a list of jobs to do.

Training is on the job. Don’t worry, we’re all volunteers and every event poses new challenges and learning experiences for all of us! Your team leader will have a list of jobs and, if you’re new to the Redcaps, they will ensure you are trained up on all the different jobs you’re expected to do.

The traffic management team are responsible for directing players who arrive on site and showing them where to park. The work begins on Thursday morning of each event to get everything prepared to receive the first players at midday. After the event ends, the traffic team are needed to help direct traffic to ensure that everyone can get off safely. The traffic team is run by Wayne Newton.

The gate closes late on Thursday evening and then again on Friday evening after time-in. Once Wayne closes the gate then the crew are free to play the rest of the event or carry on crewing in other areas of the game. At time out the team then assist in getting players safely off site following our one way system.

Managing the traffic and directing players is a straightforward job, it's easy to learn the procedures and it's a great role for anyone who enjoys talking to people. The job is long hours on your feet before the event starts, but leaves most of the rest of the event free for you to do other things.

Steve Tiernan is the head of our security and marshal team who are responsible for the security of the event during the event and especially at night. You don't need to be on site before Thursday evening or stay late, but you do need to work nights. Steve organizes the rotas to give everyone the best chance to have a night off during each event where possible.

Live roleplaying events are exceptionally relaxed and friendly environments so we only need a small SIA registered security team. However we supplement security with volunteer marshals who work alongside security and help them keep a watchful eye on the site each night, so no previous experience or qualifications are needed.

The set dressing team is led by Dave Norris. They are responsible for set-dressing the main game areas, the tavern and the senate building as well as the Hall of Worlds. Some of the set-dressing is the same each time, and the dressings need to be carefully packed away at the end of each event, but there are usually new projects to work on each time as the team strives to improve the look of one or more game areas.

Crew on the team need to have a good eye for dressing a set, but experience is not required provided you can follow direction. Anyone who has a good imagination or some artistic skills is welcome. You need to be able to get to site early to get the tents dressed or be able to stay after the event has finished to help put everything away as a minimum, but if everyone is done on time then you won't be called on during the event.

The hygiene team is led by Ben Stevens. This is the least glamorous job on crew, but also one of the most essential! They are responsible for cleaning the toilets and restocking them with paper every day. Without the team keeping the facilities serviceable, the event would soon grind to a halt.

We use chemical recirculation toilets which must be cleaned careful to avoid contamination with the wrong chemicals. You don't need any previous experience of cleaning but you will need to be able to follow directions carefully. If you are a member of the team then you don't need to arrive early or stay late but you will need to be up early each day to join the team as they service each unit.

The Sparky team is led Ian Roper. The team run out the cables that provide the power to GOD, monster, caterers, traders and the various game areas. The work is surprisingly physical, drums of electrical cable are heavy and they need to be painstakingly rolled out and rolled back in again for every event.

The team work to a plan laid down by trained electricians, so you don't need to be qualified to help out but you do need to have a good understanding of practical electrics so that you can spot potential issues before any problems develop. Like most other members of the site crew you will need to be able to get to site early to get everything ready and ideally be able to stay after the event has finished to help take everything down but unless you are a senior member of the team then you won't be called on during the event.

If everything goes well then most of the site crew's responsibilities are discharged by the time the event starts. Only the hygiene team need to do their job during time-in every day and even then only for a few hours each morning. Once the work is complete, members of the site crew can choose to carry on crewing by playing a role in plot or event logistics, or they can stop crewing and join the player base, playing a character for the weekend.

Whatever you choose to do there may be times during the weekend that we need your help to work on site issues. This might just be for a few minutes helping with rubbish runs, repairing a damaged set or restocking a toilet but it may be for longer to help resolve a problem. So if you join the site crew and play then please understand that means you are Redcap first and a player second.