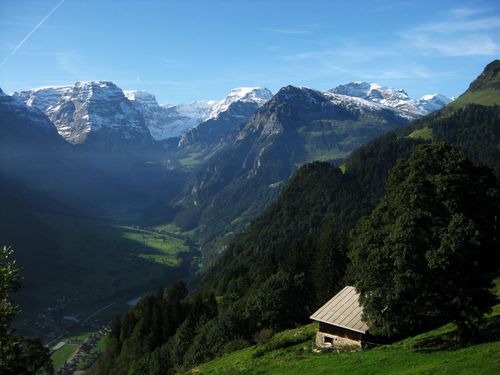 Following the liberation of Skarsind by Imperial troops in 377YE, these resources were presented to the Military council for assignment as spoils of war

Mana site / Rank 3
Located several miles east of Pakaanan's Pass, the Clattering Gulley is a winding rock crevasse used for generations by Steinr Runesmiths. It takes its name from hundreds of mammoth bones hung along the walls and inscribed with mithril-inlaid runes that twist and move in the occasional winds that roar down the gulley, seemingly from nowhere.

Following the Winter Solstice 383YE, the Clattering Gulley was destroyed when the Jotun collapsed the western end of Pakanaan's Pass.

Dragonbone Forest / Rank 4
A wide expanse of forest in the hinterlands of the Skogei Glens is particularly rich in dragonbone. A twisting maze of interconnected paths forms a network throughout the area along which collectors pick their way, searching the undergrowth for deposits of the valuable material.

Beggar's Lye Forest / Rank 2
Frequented by charcoal burners from nearby Solvi, the Solvihill beggarwood barrens were abandoned to the Thule, then partially burnt when the barbarians retreated. They are still a rich source of the raw materials to make beggar's lye, thanks to prompt action by citizens of the nearby town.

Green Iron Mine / Rank 4
A series of wide shafts punch down to remarkable depths in the northwest of Gulhule, exploiting a seemingly inexhaustible vein of green iron deep beneath the mountains. During the occupation by the Thule, the miners took refuge in galleries and passages concealed with the aid of the Night Eternal Janon who had long served as a patron of the hard-bitten miners.

Orichalcum Mine / Rank 3
Crimson Peak takes its name from the extensive orichalcum mining operation rather than from the colour of the mountain itself (which appears quite normal to outsiders). The owners made a tidy profit selling to the runesmiths of nearby Gulhule before they perished valiantly during the Thule attack - they intentional collapsed a number of key passages on themselves, denying the barbarians access to the richest seams.

Business / Rank 3
The market of Krysse played host to merchants from across Skarsind and nearby Varushka, as well as traders from as far afield as the Brass Coast. When Skarsind was returned to Imperial hands, the market looked set to become a regular fixture again - and the overseer of the market stood to make a pretty profit. Unfortunately, shortly after the Winter Solstice 380YE, the Four-Seasons Market was destroyed in a catastrophic fire.

Business / Rank 2
Based in Torfast, caravans operated by Southpine Southbound smuggled valuable supplies to the resistance during the recent occupation. Now the war is over, the trading company can return to the lucrative business of selling raw materials to the Temeschwari, and valuable crafted goods to the people of Skarsind.

Military Unit / Rank 3
When General Dunstan Irontongue fell alongside Empress Britta, his personal unit of Suaq scouts declared themselves Frayed. They fought valiantly alongside the Imperial armies dedicated to recovering Skarsind, but only when the Thule were driven from the territory did they consider their shame lifted. They are now seeking a courageous Winterfolk Captain to lead them in future campaigns against the enemies of the Wintermark people.

The Hall of White Ravens

Gildenheim - once second largest of the Winterfolk settlements - was ruined by the Thule. The Hall of White Ravens was badly damaged, but unlike many structures in Gildenheim it still had all four walls and a roof, and some of the beautifully carved white granite raven façade still remained. Survivors of the Thule oppression visited the Hall to seek spiritual guidance and to remember the occupation. During the Spring Equinox 381YE, the Imperial Senate gave orders for the Hall to be used as the basis for a new structure - the Legion's Rookery.