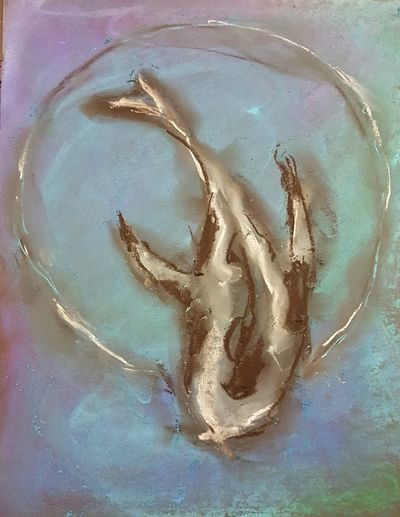 The General of Day is the lord of the upper shallows and a master of military strategy.

Zakalwe is called Master Strategist and the General of Day.

The Master Strategist is also called weapon-wise due to his skill with the many accoutrements of war. The Suaq in particular call him "Hunter of Tides" and tell several stories in which his counsel helps an Icewalker to defeat an opponent.

In distant centuries he was a patron of the Asaveans at the height of their civilisation, regularly worshipped as "Zakalwe Dieu de la Guerre" - a name that apparently still causes mild embarrassment to this self-effacing eternal. In the Commonwealth he is called "Strategos", an ancient word meaning "military general". In Jarm he is called "Manush" a name which apparently literally means "mind".

The Hunter of Tides appears as a large humanoid, generally masculine, wearing archaic armour in a style that has not been worn in the Empire for centuries. He always carries a two-handed weapon, generally a trident or glaive but occasionally a spear. He usually has at least one sword at his side, generally a single-bladed long sword with an exotic curved blade. On rare occasions he might appear in more "civilian" guise in which case he usually appears in robes appropriate to an Urizen arbiter. Even in such a non-martial guise, he is never unarmed.

There is not a single conflict in all of history
that has been won save that ten thousand tiny
events have been resolved in favour of the victors.

He never appears human; he has a strong mark of the sea in his appearance. This often takes the form of gills and webbed fingers. Unlike a merrow however, Zakalwe rarely has barbels or scales - his skin may be mottled but is much more likely to be black-and-white than blue. According to several sources Zakalwe is an actual shapeshifter - while he assumes humanoid for to deal with humanoids his "natural" form is more like a large black-and-white whale, narwhal, or dolphin.

Zakalwe is a master of weapons - he can wield anything anyone has ever conceived to use as a weapon with deadly force. He prefers the versatility of a polearm, but has demonstrated skill with bows, thrown weapons, crossbows, one-handed and two-handed swords, maces and axes, shields of all sizes, siege weapons, daggers, staves, one- and two-handed spears, flails, and even the occasional exotic weapon wielded by specialist warriors. When he encounters a weapon for the first time, he wastes no time studying it in great detail until he has mastered it. "If you are to master war," he has said "you must first master yourself, then master all the weapons there have ever been, and then realise which mastery is the most important to ensure victory."

Like Roshanwe, with whom he is sometimes associated, he lives at the point where the sky of the realm of Day touches the sea. Unlike the Navigator, who tends to live on the airy side of the divide, Zakalwe's domain is the upper shallows, the brightly lit sub-marine region between the many islands that dot the surface of the eternal ocean. He apparently resides in a great citadel of coral, crystal, and mithril built on the edge of the oceanic abyss, the bottom of which is the domain of Leviathan.

In personality Zakalwe is said to be calm, with a dry wit and perhaps even a certain cynicism. He is softly spoken and while he can be moved to great passions, he never allows his emotions to rule his head. He is known to practice philosophies very similar to those the Urizen call poise and arete as well as cultivating scrupulous sincerity - when Zakalwe says he will or will not do something there is very little that can sway him from his avowed course.

The Strategos is sometimes alone and sometimes accompanied by aides. He is often found in the company of warriors or soldiers who appear to be carved from living crystal and motivated by a cool intellect similar to that of Zakalwe himself. The warriors are very similar to those created/summoned by certain rituals, and Zakalwe is often evoked during their performance.

Zakalwe is fascinated by conflict, especially war. He exemplifies a philosophy of warfare that focuses on preparation, gathering of information, and fighting with absolute commitment and focus. His philosophy can be applied at many levels, from individual warriors facing each other to entire nations at war. He also preaches that martial conflict and political conflict are the same thing - the diplomat, the spy, the politician and the general all employ the same strategies to win.

He collects and studies the writings of generals, captains, soldiers, and politicians from every nation and realm. He himself has written an immense number of epigraphs, essays, treatises, and books of philosophy, both original and echoing the thoughts of mortal war-makers. He encourages the idea that during peace, one should be honing oneself and preparing for future conflict; in this as in other areas he is seen as supporting the Virtue of Ambition.

The core of his philosophy is threefold. The first step to triumph is understanding - knowing who the real enemy is and what must be done to achieve victory. This need for understanding extends to all areas of war: the general whose intelligence is greater has an advantage. The second step is preparation; ensuring that one's soldiers are armed and armoured, supported, and aware of their role in the battle. A poorly-prepared army will always lose out to an army whose general has given thought to logistical and strategic matters. The final step to victory is absolute commitment; being engaged in a battle, the triumphant general does not stop until the enemy is defeated.

A general who does not appreciate the value of intelligence, logistics, and preparation will find Zakalwe has little time for them. He is fascinated by militaristic societies (such as those of many orc tribes), and by concepts such as peoples' militias, military councils, and the like.

Zakalwe is deeply critical of those who believe in fate, destiny, or higher powers. He regularly decries hope as the biggest enemy of rational thought. Skill, ambition, understanding, and thought buy victory; faith in the righteousness of one's cause is a luxury. Despite this, the Master Strategist cautions that the best soldiers and generals believe in the cause they are fighting for.

The Master Strategist has strong views on the integrity and self-knowledge of the warrior. He believes firmly in concepts of personal honour and that every soldier is ultimately responsible for the actions they take on the battlefield. His commitment to rational thought even in the thick of battle is very appealing to a certain breed of soldier and general, but often puts him at odds with those who embrace the idea that the ends justify the means.

He has no patience for the weak willed; those who will not or cannot protect themselves seem to annoy him on some level. He does not expect everyone to be a warrior, but he does expect that everyone be capable of standing up for the things they believe in; of acting on their convictions; and of actively fighting against anyone who would attempt to subjugate them.

The Enchanter Lydia de Courland described him as a fascinating creature that "Loves the idea of war, but hates the horror, inhumanity and slaughter. At heart this is a gentle being that nonetheless is drawn to everything that is abominable in the human spirit."

When it is time to strike, strike.
Strike with all your heart, and all your strength,
and hope that all your preparation will mean
that one blow shall be sufficient to achieve victory.

As a master of strategy it should come as no surprise that the boons Zakalwe offers are often martial in nature. He is known to offer crystalline tokens that assist in the performance of Clarity of the Master Strategist and Carve the Crystal Guardian. On a more personal level, he offers boons that enhance Alignment of Mind and Blade, and is known to offer similar boons that allow individuals to share their martial knowledge with one another or demonstrate instant (if temporary) mastery of martial skills. Unlike eternals of realms such as Spring, Zakalwe's boons rarely deal with endurance or fortitude; he is much more interested in armour than in innate abilities to survive blows, and in skill with weapons more than innate talents.

Zakalwe has an immense collection of books about war, including many collections of poetry written by warriors and soldiers. He is known to pay quite well for new books, or copies of books he has been unable to acquire, especially if those books are not part of the repository of written lore that is Phaleron. He is said to be especially interested in the battle philosophies of the Druj barbarians - and their justification for their methods.

While not an artificer, Zakalwe is able to provide enchanted weapons to those he deals with, and often gives them in payment for martial writings. He especially favours magical swords and polearms, magical shields, and magical suits of armour. Occasionally his boons take the form of a rod or a suit of mage armour. Very rarely, he gifts a diplomat or politician with a magical robe or belt designed to help them maintain their poise in the political arena. In addition to the weapons he offers as boons, he is known to collect weapons, armour, and other items that have been wielded by notable individuals or in notable events - regardless of whether they are enchanted or not.

Zakalwe loves games of strategy - he is known to greatly enjoy chess. He has expressed the opinion that such games hone the mind, and also allow one to gain insight into the personality and strategic style of one's opponents. He greatly appreciates anyone who can introduce him to a new game of this kind.

While it is true that no plan survives contact with the enemy, I should also say that without a plan nobody survives contact with the enemy for very long.
Fight a war, not a battle.
Fight the war that you are in, not the war you wish you were in.
Sometimes you will want to fight with minimal force, with respect for your foe and honouring the politeness of war; other times you will want to crush them utterly with shock and awe and leave not one brick above another. Be sure you know which situation requires which approach, and that you have the will for what is to come.
Retrieved from "https://www.profounddecisions.co.uk/mediawiki-public/index.php?title=Zakalwe&oldid=55641"