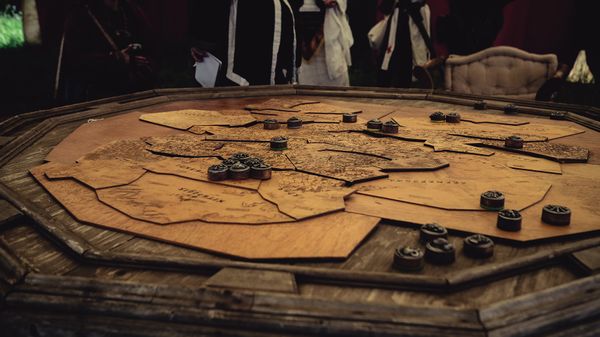 Few plans survive beyond first contact with the enemy.

Over the last three months, Imperial forces are engaged in military campaigns against barbarian forces. Sometimes those engagements have been wide ranging and dramatic, other times they have been more sedate. This season, we're trying something a little different with the Winds of War. While the overarching details of the campaign are summarized here, some of the Winds of War - where there's been more dramatic action or where there is a battle opportunity - have been given their own pages. We've also worked to try and provide even more detail about the battle opportunities for the event than ever. After the event, we'd be interested in reading your feedback about how these changes affected the game in the field at the usual address (matt@profounddecisions.co.uk).

As always, how much or how little of this information you choose to know in character is up to you. Part of the purpose of Winds of War and the Winds of Fortune is to maintain the illusion of the Empire as a living, breathing place where things happen - and to make players aware of things their characters 'should' know based on what their roleplaying says they have been doing for the past three months.

Also, it should go without saying that we ask everyone to abide by the rules about online roleplaying with regard to the military campaign. It's important that the key in-character activity of the Empire world takes place at events. The game is busier and better if everything that can happen in the field, does happen in the field. Military planning and political discussions should happen at events. For this reason we generally discourage too much downtime roleplaying between events and put strict limits on what can be done online particularly using our forums and Facebook groups.

With that in mind, we now present a summary of the key military activity in the Empire - both with links to the expanded Wind of War pages and notes about other important things that have happened that didn't need a full battle campaign.

Imperial prognosticators have identified TBC possible major conjunctions of the Sentinel Gate at the coming summit. The Friday night muster will see the generals debate these options and select two of them to be taken up by Imperial heroes eager to influence the direction of the Empire's military campaigns.

There will also be skirmishes throughout the weekend that allow Imperial heroes to engage the barbarian enemies of the Empire; some will be detailed in the Winds of War, others in the Winds of Fortune.

The following considerations should be borne in mind when discussing military strategies during the Summer Solstice.