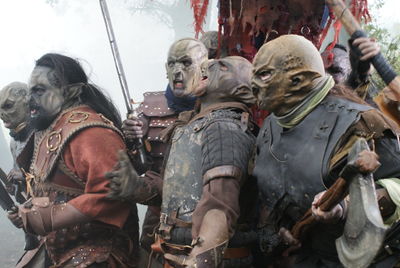 Today the Winter Sun is the more politically active of the two Imperial Orcs armies, but it is also the army most likely to use magic in pursuit of the Plan. They garner favours, both through military aid and careful use of their magical resources. More warcasters and oathwrights fight under the banners of the Winter Moon than the Summer Storm, and they have more Preachers.