Welcome to the Empire Wiki; here you will eventually be able to find everything you need to know about Empire, the new live roleplaying game from Profound Decisions, which begins Easter 2013. The Empire development team will be uploading new content throughout 2012, so check back regularly.

Take a look at the game overview to get an idea of what Empire is all about, or read the Empire rules to find out how to create a character and play the game. 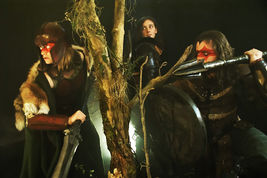 The Empire is composed of nine great human nations and the Imperial Orcs. You can find out all about their culture and costumes from the wiki; everything from their backgrounds to help on how to make costumes.

All human beings may choose to possess one of the six lineages if they are touched by the magic of the Realms. Read how each lineage can shape your character's appearance and personality. 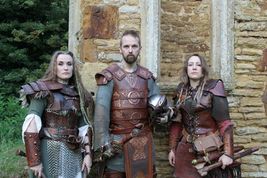 Find out about the political structures of the Empire that will allow the players to shape the game world. Also here is information about the Way of Virtue, the unique Imperial Religion. 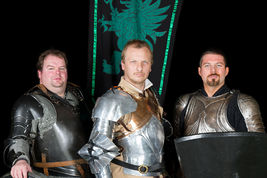 The Empire is part of a rich and vibrant campaign setting that includes barbarian enemies, foreign powers and six magical realms as well as their supernatural inhabitants.