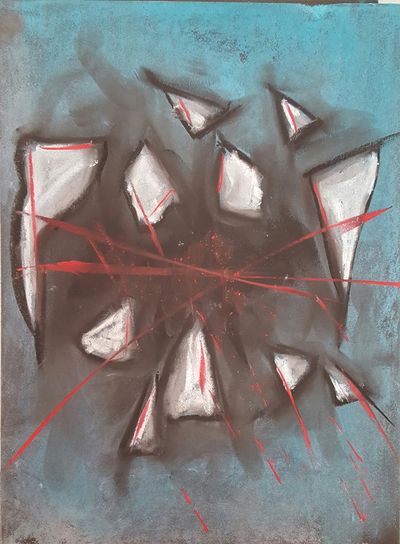 Agramant encourages atrocious acts in the name of survival.

Agramant - or sometimes the Agramant - goes by a number of names. It is usually identified as male, and is commonly called The Howler or The Hunter in the Wastes. He's also known as Wendigo in some places.

Agramant is also known as the Devourer of the Fallen, and The Voice of the Pines. In Wintermark the Suaq call him Blood-on-the-Snow and the Kallavesi call him The Dream of Famine. In some old Varushkan tales he is referred to as The Whisperer or The Wastewalker; these stories focus on the belief that he tries to encourage the hungry and the lost to atrocious acts in the name of survival, or how he lures the greedy to acts of self-debasement and madness until they finally snap and become literal or figurative monsters.

In Highguard the magisters call him The Abominable One and many count him the worst of the eternals. In The Brass Coast and parts of Dawn he is sometimes called The Horned Manticore, and there are several stories that suggest the beasts of the same name are his children. In The Marches he is often mentioned as The Harvester of Graves and the superstitious spit when they mention him by any of his epithets - there are old stories that suggest that food eaten or drink drunk will cause a stomach upset while you still have the same saliva in your mouth that spoke his name.

Agramant is sometimes depicted as a massive, hairy monster with razor-sharp claws and wide, staring eyes. He is usually shown possessing a massive mouth of shark-like teeth, and is generally pale in colour and spattered with blood. In some cases he appears as a brutish and thuggish orc wielding a club made from the legbone of a great beast.

Stargazers, Dawnish enchanters and icewalkers who have experience of dealing with Agramant claim that his most common form is that of a sturdy draughir-like being wrapped in flayed hides, usually those of a bear or stag, still dripping with blood and gore. He often wears the head of a great beast as a helmet, or crown. They say that his razor-sharp teeth and tearing-claws are quite real, however.

Agramant has claimed numerous times to be the source of the draughir although there is absolutely no evidence of this claim. Those dealing with Agramant would do well to remember that he lies and he lies often. 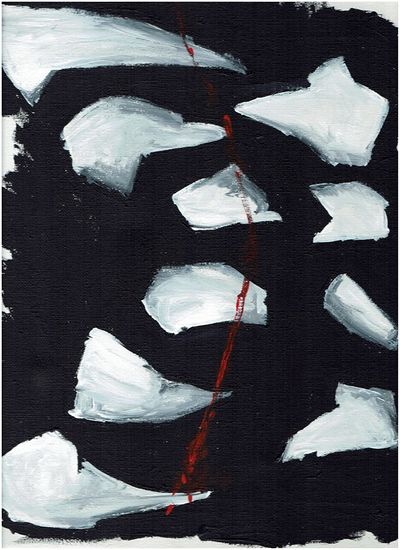 Agramant recruits bloodthirsty cults from among the desperate and the wicked.

Agramant teaches that ultimately everyone is alone. That survival is all that matters - another breath is the only truly precious thing in creation. His twisted philosophy appears to include ideas such as the expendibility of all those who are weak, and the need for the strong to prey on and devour the weak. He expresses the idea that only those with the will to power are truly aware of their place in the cosmos, and that those bound by rules, laws and the expectations of society or concern for others are little more than sheep, who deserve to be slaughtered by those with superior souls.

This eternal, like Sorin, is associated with hunger, but for Agramant it is the hunger that leads to unnatural acts of murder and cannibalism. He is the only Winter eternal who seems to actively approve of wanton acts and the consumption of the flesh of other thinking creatures for its own sake, rather than as a desperate act brought on by circumstance. He is known to use heralds and gifts to actively encourage cults and bands of murderers to perform cannibalistic feasts in his name, and in the name of proving their own superiority over the herd.

At the time of Britta's death, Agramant was the only eternal considered to be an enemy of the Empire, due to the declaration of enmity of the Imperial Conclave in 306 YE following exposure of his involvement in no less than three cannibalistic cults dedicated to blasphemy, idolatry and heresy. The declaration was brought by the Varushkan volhov Beloslava Velkovitch. It is currently illegal to deal with him or his heralds.

The Agramant's Bargain is a magical staff. The term also means a bargain where both parties are weakened or harmed, but one of the parties is capable of enduring or mastering the pain or debilitation to the detriment of the other party.

Some thoughtful scholars suggest that Agramant is not entirely what he appears to be. There is wisdom in him, they claim. All he does is point out to his followers that they could do unspeakable things - he never coerces them. He encourages them to become monsters, but they could just as easily choose to ignore his inducements. Agramant, they say, drives his cults until they self-destruct, demonstrating the foolishness of his professed philosophy and reminding others that there are monsters in their midst who look just like they do. Agramant himself laughs at this, apparently, and changes the subject.

Agramant offers strength to those who undertake his Unspeakable Feast - usually a ritual involving the consumption of the fresh meat of a thinking being such as a human or orc. He is also believed to be especially keen to encourage the draughir to embrace their facility to gain sustenance from rotten flesh. He may provide powers associated with physical weakness, most often through the evocation of his terrible howl - the same howl that can send mortals stumbling away in terror.

He is also said to be a consummate hunter; that he can hunt not only in the Winter Realm, but can somehow hunt in the dreams of others, finding anyone who has ever known hunger or desperation. Agramant can deliver or empower many curses, and by hunting in the dreams of an enemy he can drive them slowly insane, twisting them until they turn against their neighbours attacking and slaughtering without warning; such unfortunates often believe that they have transformed into bloodthirsty beasts, free of the constraints their human scruples place on them.

He rarely uses his powers or grants them as boons unless he receives some sort of tribute in return - usually a savage murder or act of cannibalism.

Beware the Agramant, my child,


When the moon is fat and the sky is clear;

Beware the Agramant, my child,
When the wind is cold and home not near;

Beware the Agramant, my child


When the moon is fat and the sky is clear.
''Beware the Agramant'', Valshok Juerdann
Retrieved from "https://www.profounddecisions.co.uk/mediawiki-public/index.php?title=Agramant&oldid=85246"