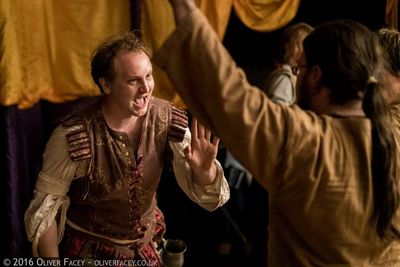 Sorcerers abuse magic, misuse curses, and engage in all manner of suspect behaviour.

The Imperial Conclave may declare someone to be a sorcerer. The most common reason for this declaration is an abuse of magic by misuse of curses against citizens or allies of the Empire, or against those engaged in suspect trade of magical resources (often in conjunction with a legal penalty assessed by an Imperial magistrate).

The Imperial Senate has twice amended the restrictions placed on a sorcerer since the death of Empress Britta. During the Spring Summit 378YE, the Imperial Senate voted to add a prohibition against interaction with eternals and their heralds to the declaration. During the Summer summit 380YE, the definition was further expanded to preclude possession of certain non-mana items that allowed ritual magic to be performed.

If this declaration is made, the resolution comes into effect at the end of the Conclave session. The sorcerer is subject to three prohibitions:

A sorcerer who violates these prohibitions will be subject to arrest and trial before a magistrate.

These individuals are believed to be active at Anvil. Any evidence that they have broken the prohibitions placed on sorcerers should be brought before the magistrates.

While they have been declared sorcerers, these citizens are not believed to be active in Anvil at this time.

The same rules for making a declaration of sorcery or interdiction apply. The magician making the declaration must specify exactly which person or magic is to be reconciled with the Conclave and the Empire.

The Conclave may reconcile a sorcerer with the Empire. If this declaration is made, all rights that were taken from them are returned.

This declaration can also be used to remove or modify a ban placed by the declaration of interdiction.

The power of the Conclave to declare a citizen to be a sorcerer and thereby strip them of the rights to perform ritual magic is considered deeply significant by the Constitutional Court - comparable to the power of the Imperial Synod to excommunicate a citizen. At the start of 381YE, the Constitutional Court issued a clarification on the matter of sorcery, stating that it was unconstitutional to prohibit a citizen from carrying mana - since this would undermine their constitutionally protected rights to prosperity and dignity. The Constitution grants the Conclave the ability to put limits on the ability of citizens to perform significant magic - not what wealth they may carry on their person. All Imperial magicians are able to take part in the Conclave; sorcerers may place items on the agenda, pay mana to speak (if recognised by a grandmaster), or even hold an Imperial title if they can persuade their peers to support them. The previous rulings were errors associated with the reign of Emperor Nicovar and have been corrected.