We do not need to like each other to meet as a Conclave, but we must respect each other if we hope to be effective. My principle of proportions ensures respect for other magicians is accorded in the most sublime way. Each of us will weigh the balance of our business against the Conclave's precious time using the scales of magic itself. If the price seems too high, then perhaps what you have to say is not as important to us as it is to you...

Like the Senate and the Military Council, the Conclave conducts its official business at formal sessions, where matters are discussed and votes are cast. Although Conclave members meet to discuss business throughout the day (the rules of the Conclave positively encourage magicians to pursue their goals outside the sessions), the sessions are the best chance to address the entire Conclave and the only time that declarations can be passed.

Traditionally, the Conclave has one formal session each evening during the Imperial summit.

Rather than have a civil servant chair a session, as effectively happens in the Senate, the Conclave employs three ancient principles to ensure the smooth running of their meetings. The Principle of Precedence, uses a count of members of the Conclave orders to determine in what order individuals are eligible to speak, as well as how much of the Conclave's resources each order receives.

The Principle of Proportions demands payment from any individual who wishes to speak, one mana crystal per minute that the speaker wishes to employ. All mana collected is added to the Conclave vault. Official appointments by the Conclave receive limited opportunities to speak as part of an address or declaration without paying this cost, but no other exemptions are allowed. Eternals, foreign dignitaries, even the Empress herself have to pay. Formally the mana is considered a bequest, but no-one is under any illusion that what is demanded is payment - payment to all the assembled magicians to recompense them for the time.

The Principle of Presence prevents a magician from authorizing a proxy to speak on their behalf to the Conclave. The individual who lodges an agenda item with the civil service is the individual who must present that item to the Conclave, they cannot pass the opportunity to do so to another individual. In practice this principle is rarely restrictive to anyone but archmages and individuals who are unable to reach the Hall of Worlds.

Speaking before the Conclave

Following the Principle of Proportions, speaking before the Conclave costs the speaker one crystal mana for every minute they wish to talk. Every agenda item costs a mana crystal to raise - but automatically entitles the party who lodges the item to a minute to present their case. If they wish to speak for longer than this, they must pay for additional time.

After the presentation is complete, the grandmasters of the orders may nominate volunteers to speak on the topic being discussed, in order determined by the Principle of Precedence.

The nominated speaker must be an Imperial citizen or an eternal with amity, or a herald of such an eternal. Inhabitants of the realms who do not have amity and magicians of other nations cannot speak in Conclave.

Once nominated, the speaker may continue for as long as they can provide mana. Minutes are timed using a set of minute glasses provided by the civil service, who are also responsible for ensuring that individuals obey the time limits. The civil servants have the legal power to remove a magician once their allotted time has expired, but this is rarely needed, Conclave magicians are positively encouraged to police themselves - by barracking any magician who attempts to carry on speaking until they pay the mana or relinquish the floor.

Since the speaker has paid for their time, those assembled are required to let the speaker use their minute freely. The speaker may not invite others to speak on their behalf, but they may use their any part of their time to allow the individual giving the address or declaration a chance to respond freely.

Shouts of support or rejection from the floor are acceptable, as is an expression of assent or dissent in response to a question from the speaker - but shouting a speaker down, or trying to talk over them will result in censure by the civil service. This is not to say that the individuals present during Conclave must be silent - when important matters are being discussed there are often scores of whispered conversations taking place between members of the Conclave. If these conversations become intrusive however, the civil service may intervene to curtail them.

Mana must be provided before the nominated individual begins talking; when someone plans to talk for more than a minute it is common to provide the civil service with a pile of mana to use as they speak. 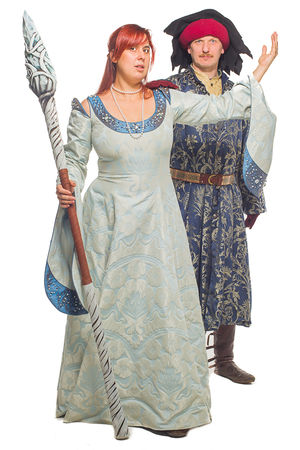 Any Imperial citizen can add an item to the agenda by approaching a civil servant associated with the Conclave and raising the agenda item. To do so they must bequeath a single mana crystal to the Conclave. At the next Conclave session, each item on the agenda is raised and resolved by the meeting in the order in which they were raised.

Any member of the Conclave can ask to review the agenda for the next session. The agenda is closed an hour before the session is scheduled to begin, so that copies can be made. Copies are generally placed at the Civil service hub and in the Hall of Worlds, and one copy typically furnished for each grandmaster and archmage.

An item raised to the agenda can be either an address, or a declaration (including Declaration of Candidacy). Except in the case of a grandmaster invoking the veil of their order, the specifics of the address or declaration must be recorded on the agenda. A character who places an item on the agenda is automatically guaranteed a single minute to speak on the subject without further cost, but it must be that character that speaks. The rules of the Conclave forbid any individual from using a proxy to speak in their place.

The person who raised the agenda item may withdraw it at any time, but they do not get their crystal mana back.

Civil service announcements are usually organisational matters - challenges to grandmasters, titles that have become unexpectedly vacant, and so on.

Declarations and addresses are presented in the order they were raised to the agenda. Declarations with similar outcomes are resolved at the same time as the last agenda item was raised. For example, if more than one individual has challenged for a specific title, they will all be resolved in together, at the point determined by the last challenge registered.

Each agenda item is announced by the civil service and then the person that raised the item with the civil servant is allowed to make a presentation on it, up to a minute in length. If they wish to speak for longer than a minute, then they must pay to do so.

Once an address or declaration is complete, magicians from the orders may speak.

The result of any Declaration comes into effect at the end of the Conclave session in which it is passed.