Bursar of the Conclave

Bursar of the Conclave

The Bursar of the Conclave is an Imperial title bestowed on a magician. It is appointed through the Conclave.

The position was established by unanimous vote of the Imperial Senate in Summer 377YE. The vote followed extensive political maneuvering within the Conclave, and a Declaration of Concord laying out the responsibilities and powers the magicians wished the Bursar to possess. During Autumn 380YE, the Bursar's ability to participate in the gambits of the Conclave was rendered moot when certain errors that had crept into the Conclave procedures were corrected. At the same time, new opportunities to acquire crystal mana from magicians who did not attend Anvil arose, offering the Bursar an alternative way to increase the wealth of Imperial magicians.

The purpose of the Bursar is to help the Conclave raise money to acquire resources for Conclave members and to arrange the purchase of materials and items that the Conclave wishes to acquire. They are expected to liaise closely with the archmages and the grandmasters of the orders to identify what is available and what is required.

Once per summit, the Bursar can raise an address to the agenda of a Conclave session for free. This power is intended to be used to allow the Bursar to appraise the Conclave of the current financial status of the Conclave, the contracts in progress and the opportunities available - but the Bursar is free to address the Conclave however they wish. 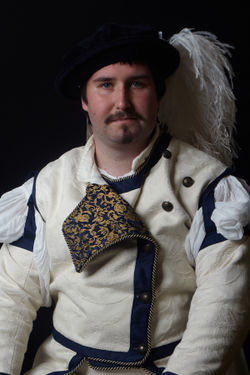 The Bursar has the ability to spend money to buy crystal mana. They can spend money each season as if they controlled a ministry. Money spent in this manner is used to buy directly from other Imperial citizens who have access to crystal mana, with the assistance of several civil servants. The mana is provided to the Bursar at the start of the next summit.

The Bursar is the sole arbiter of how this mana is to be used, within the remit of their responsibilities.

The appointment, replacement, or removal of the Bursar is made by the declaration of candidacy as part of a Conclave session. A candidate can be presented for the post of Bursar only once a season.

The Bursar serves until they are replaced by another magician using the Declaration of Candidacy. As a title in the Conclave, the Bursar cannot be revoked.

This title is currently held by Abel; it can be reelected at any summit by a declaration of candidacy. The table to the right shows the citizens who have been elected to hold this title in the years since Empress Britta died.