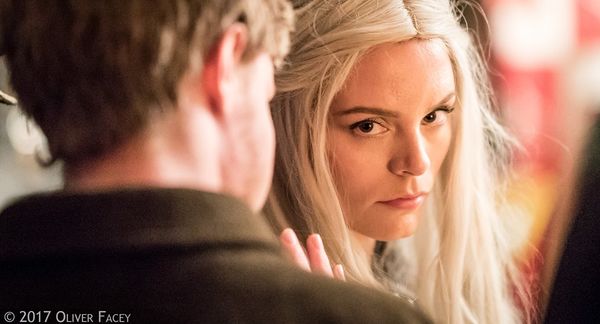 The Conclave may censor specific rituals, items, or materials that represent a significant magical danger to the Empire. In the case of rituals, interdiction does not prevent anyone knowing the ritual, nor remove it the ritual from Imperial lore - but performing the ritual (or using ritual magic to produce the magical effect that that ritual creates) is henceforth illegal.

The specific ritual, item, or material must be explicitly named in the declaration. A declaration of interdiction involving an item or material may specify that rather than being destroyed, it should be placed out of reach. This is usually done when an interdiction is intended to be temporary (as with the Imperial Crown, for example).

For magic items and materials, it is illegal to use or possess the interdicted items or materials. It is the legal responsibility of ever Imperial citizen to hand them in promptly to the civil service to be destroyed or placed out of reach, as appropriate. An object placed out of reach is not made available to anyone - it does not become the property of the Conclave and cannot be the target of a declaration of Dissemination, for example. If the Declaration of Interdiction is later reversed, an item that has been placed out of reach will be returned to the owner at the time the interdiction was placed. If that owner is not available, the civil service will do their best to return the item to an appropriate citizen as part of the original owner's estate.

The Conclave has interdicted the following as of the start of Winter 381YE.

In recent times, people have queried if a ritual might be removed from Imperial lore. In theory there is no legal mechanism by which such a thing might be accomplished, but Harry Archer, an enterprising thresher from Mitwold recently proposed an option. The Imperial Conclave could interdict a ritual text - and they could give instruction for the thing they interdict to be destroyed. This declaration is usually applied to an item - or a small class of items - but Harry points out that in theory the Conclave might choose to interdict every single known copy of a ritual text - giving orders for them to be destroyed. If that were done - then the effect would be identical to if the ritual had never been added to lore.

While there is no fundamental constitutional bar to this approach, it is not consistent with the current law. While interdicted magic items or materials should be handed in promptly to the civil service this explicitly does not apply to interdicted rituals, which are simply illegal to perform. Magistrates advised that a change to the law (requiring the intervention of the Imperial Senate) would be required to create a new Conclave power to accomplish this. They warn that it would be expensive - they calculate it would cost 25 thrones per named ritual to seek out and destroy every copy of each of those ritual texts in the Empire. It has been impishly suggested that this power could be called a Declaration of Remorse.