During the performance of the ritual the casters must name a region within the target territory which has the rugged or hills keyword. 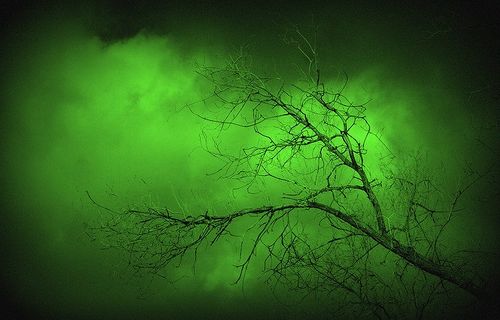 This ritual brings a choking death to those who cannot escape the fumes.

The ritual affects a single territory. Over the course of the next few days a powerful curse settles over the area. The ground shakes and the earth cracks, releasing hot, sulphurous gasses from beneath the ground. These cracks are more likely to appear near large concentrations of people, especially campaign armies.

Following the ritual 500 casualties are spread out over all campaign armies in the territory, or that move through it during that downtime. An army that moves through or out of the territory, rather than remaining there for the entire season, suffers half damage. An army will not benefit from natural resupply if they end their movement in this territory.

Any farm based in the target territory has its production reduced by a quarter for the coming season.

The civilian population of a territory will certainly be affected by this ritual.

As of the Autumn Equinox 381YE, this ritual has been interdicted by the Imperial Conclave and is illegal to perform.

This ritual was developed at the Lyceum under the auspices of Dean Simargl of the Circle of Zulgan-Tash, and completed shortly before the Spring Equinox 381YE. The original design was undertaken by the well-traveled Urizen, Mercurio Ankarien.

During the process of concluding the forumlation, there were additional opportunities to project the likely results of performing the ritual. The potential danger to civilian populations was outlined, as was the likely effect on farms in the area. The fact that the cracks created by the curse are more likely to appear around concentrations of people than not was also determined. There were some questions about the ethical implications of unleashing unrestrained clouds of poison gas, but on the whole, the magicians working on the ritual focused primarily on the theoretical underpinnings and on solving magical problems with shaping the magic effectively.

The cracks that open with the ritual are dangerous, certainly, but they are the harbinger of destruction rather than the cause of it. They are unlikely to open under structures – the larger the structure the less likely they are to appear close to it. The focus of the ritual is on killing living creatures, not on destroying structures.

The cracks will open in different places at different times over the season, releasing their lethal bounty of choking air. The more armies and fortifications there are in an area, the less each one suffers from the effect of the curse. As a consequence of the way the ritual is designed, the fewer the number of armies there are in the area, the fewer cracks open and the less widespread the foul air becomes. The number of civilian casualties is likely to be tied to the number of armies in the territory.

This ritual does not draw on the power of an eternal, nor does it draw spirits from the Spring realm. Rather, it creates a conduit between pockets of naturally occurring foul air that lies beneath the earth. Many miners are familiar with the concept of firedamp and similar choking or flammable gases. Those with experience of volcanos, in particular, know that there are winds in the earth that are inimical to life on the surface.

The curse opens these conduits, allowing the volatile gases deep in the earth to spew out. Rather than being flammable, these stinking clouds choke and strangle living creatures. Humans and orcs are not the only beings affected – birds, animals, and plants are all affected to some degree. Trees wither and die, as do crops in the field, and even the grass itself where the destructive poison touches. Standing water in the area may be poisoned as well, killing fish and aquatic plants with equal facility. Where one of these cracks opens, the land is marked with death. It is possible to avoid the worst effects of this killing cloud by moving quickly out of the area. Anyone who is unable to physically escape the poisonous air, like the wounded, penned animals, the young, and the physically infirm, are much more likely to succumb to the choking death.

The poison gas is quite dense and moves only slowly except in particularly strong winds which may cause the clouds to dissipate more quickly. Rain may also dissipate the clouds, but unfortunately, this will actually spread the poison a little wider – albeit more slowly – by causing it to sink into the surface soil or form poisonous puddles.

Even those who act quickly may not entirely avoid the effects – some exposed to the gas will be envenomed, making them more likely to succumb to injuries they sustain shortly afterwards.

Finally, the ability to spread panic should not be underestimated – an army whose flank is scattering to avoid the threat of a spreading cloud of sulphurous venom is much more vulnerable to attacks from an organised force.

One word of caution regarding this ritual relates to performing it in territories where there are cities – in the Empire this would likely include the League territories, Madruga (site of Siroc), Mitwold (site of Mead), Bastion (site of the White City), and potentially also Hahnmark (site of Kalpaheim). The intense concentration of people in these areas is likely to attract several poison-spewing cracks, and the confined nature of these environments, may potentially cause increased loss of civilian life.

The trembling earth and gaping cracks portend worse to come.

A map of the target territory is often a focus for performing this ritual. A physical mapmay be burned, or buried under ash or dust, or washed away with beggar's lye. A map drawn or traced on the ground may be damaged in a way to suggest cracks opening in the ground.

The original ritual, as heavily guided by the Dean, is intended to remind the mountains and hills of the territory of their youth – when the world was young. He recommends that the ritual be accompanied by pounding drums (perhaps in the Freeborn style), with wild dancing (especially fire dancing), and loud ullullations from all who are present. By recalling this primordial time, the earth can be persuaded to let loose its poison breath. Several Varushkan and Wintermark magicians familiar with Otkodov comment that there are elements in the ritual that remind them of stories they have heard of the Thule territory of Nithoggir.

The rune Mawrig is commonly used during this ritual. The astronomantic sign of the Drowned Man, or possibly the Wanderer. Destructive legendary beasts – dragons, manticores, and even kraken – resonate with the ritual. A goetic might call on Siakha, the devouring shark-eternal whose resonance is unrestrained destruction but it might also resonate with Llofir or Arhallogen. A theurgist may struggle to find a paragon or exemplar who resonates with the destructive power of this ritual - the closest historical figure the theoreticians at the Lyceum could come up with was Casca, and she is not recognised by the Imperial Synod.