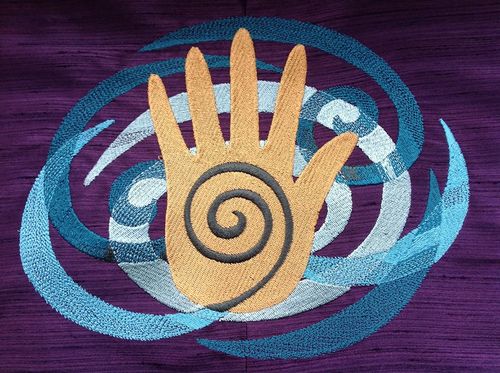 The heraldry of House deCassilon.

The title of Castellan of Spiral Castle is an Imperial title appointed by the people of Dawn.

Built in pre-Imperial times, Spiral Castle stands in Weirwater at the heart of a small weirwood forest. Built around a strong Summer regio, the Castle is owned by the De Casillon family. Many of the nobles who live there are descendants of Empress Richilde. During the height of the Sun Queen's reign, the Imperial Senate agreed to a request that the resources of Spiral Castle be dedicated to the support and upkeep of the armies of the Empire, and of Dawn in particular. The Earl of Spiral Castle has always been an Enchanter, and usually possessed of a strong changeling lineage.

The title of Castellan was created to allow the somewhat insular inhabitants of the castle to fulfil their duties without having to spend too much time away from their castle. When Imperial armies are not in need of emergency supplies, the nobles and yeofolk of Spiral Castle tend to their weirwood groves, practice their magic, hawking and hunting, and commune with the eternals of the Summer Realm. Over the centuries, they have drifted further and further away from Imperial concerns, and some members of the Imperial Synod have expressed concerns over whether they are entirely human any more.

After the death of Emperor Hugh in 368YE, the inhabitants of Spiral Castle abruptly withdrew from contact with the Empire, shrouding their woodland behind a wall of swirling mist. Attempts to make contact have so far been ignored, and attempts to penetrate the mist have left explorers disoriented, emerging from the mists very close to where they entered them after hours of stumbling through hostile woodlands.

In Summer 379YE, following a challenge by the eternal Barien, the heroes of Dawn recovered the Equine rod and convinced the nobles of Spiral Castle to bring down the walls of mist and rejoin the Empire.

In Spring 380YE, following suggestions from the House de Casillon, the Senate agreed to expand the reach of Spiral Castle to allow for armies in nearby territories to be resupplied, without having to come to the Castle itself.

The Castellan is responsible for directing the efforts of Spiral Castle to provide emergency resupply of armies based in Weirwater. They have the final say on which army will benefit from the Castle's bounty. They are also expected to represent the nobles of Spiral Castle in their dealings with the outside world - which primarily means keeping them at arm's length and discouraging visitors.

The army receives this emergency resupply as long as the region of Weirmoor is in Imperial hands.

OOC Note: To use this ability the Castellan should e-mail Profound Decisions after the event detailing the army they intend to resupply.

Spiral Castle represents a source of weirwood that was entirely dedicated to a single purpose - resupplying armies. As a consequence, the weirwood provided by the woodlands around the castle has an enhanced effect. If Spiral Castle were decommissioned, the woodlands would produce no more than around sixteen wains a season at best. It is likely the De Casillon family would oppose efforts to decommission Spiral Castle.

In Winter 379YE, the inhabitants of Spiral Castle declared their intention to provide the Castellan with three golden apples from their private orchards. Going forward, this valuable vis will be received by the Castellan each season.

The Castellan of Spiral Castle is appointed by citizens of Dawn who control military units. The larger the military unit an individual has, the more votes they can allocate in support to a candidate. The voting is handled by the civil servants in the Bourse.

Only a Dawnish character is able to hold the title. It is traditional for a yeofolk to hold the title, but there is no legal requirement that this be the case. As a title in the Bourse, the Castellan of Spiral Castle cannot be revoked by the Imperial Synod.

This title is currently held by Maryc; it will be reelected at Autumn Equinox 384YE. The table to the right shows the citizens who have been elected to hold this title in the years since Empress Britta died.