Custodian of the Claw

Custodian of the Claw 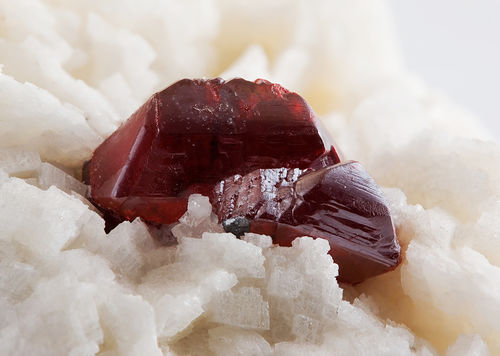 Crystal mana from the Caves of the Claw has a distinct crimson hue.

The Custodian of the Claw is an Urizen Imperial title created following an announcement in Autumn 378YE by the Crystal Architect of the Spires. Expansion of the Caves of the Claw was completed shortly before the 379YE Summer Solstice.

During the Spring Equinox 380YE, a plague of crystal-eating vermin saw the Senate commission white granite wards to help protect the Claw, which had the unexpected outcome of adding additional production to the sinecure.

The Custodian has no particular responsibilities; they simply receive a bounty of crystal mana from the Caves of the Claw in Morrow. If the Caves were to be threatened in any way, it would be the responsibility of the Custodian to deal with those threats.

The Keeper receives an income of 10 crystal mana each season.

The title can be held by any Urizen citizen. The Custodian has tenure, and serves until they die or step down. They can be revoked by the General Assembly, the Urizen National Assembly, and by the Assembly of the Nine.

The Caves of the Claw

The Caves of the Claw are a series of deep caves in Ravion in Morrow. They were rediscovered by the Minister of Historical Research in 378YE, and during the Spring of 379YE were excavated by ushabti associated with the citadel of Phoenix Reach in Morrow under the supervision of the Crystal Architect of the Spires.

The caves are extremely unwelcoming. They are damp, narrow and claustrophobic, and the walls are jagged and sharp. In many places, it is necessary to crawl through extremely narrow passages - but the journey is definitely worth it. The open chambers of the Caves of the Claw are lined with rough crystal formations of a deep crimson hue and great beauty.

In order to encourage the growth of mana crystals a number of mithril focussing mirrors were positioned in precise locations to scatter daylight throughout the network (or as deep into the network as is feasible), and a series of delicate aqueducts have been constructed to ensure the caves stay moist. This increased flow of water and light has ensured that the caves have begun producing usable crystal mana once again.

As a side effect, the excavation work and the new illumination have highlighted the natural beauty of the cave system. Stargazers and Seers have begun visiting the caves to engage in meditation on the nature of the realms of Spring - and to a degree of Summer. Hopefully, these pilgrims will be sensible enough not to interfere with the actual structure of the caves.

The passion of Irulan


Local legends assert that the crystals were not always red; In the distant past, a young woman named Irulan sought to prove her virtue in the hope of impressing a suitor. She sought to reach the far end of the caves - deeper than anyone had travelled before. Her success won her the attention of her love, but she was badly cut by the sharp crystal formations in the process - and her blood stained the crystals to this day.

According to the story, Irulan's arms are marked forever with scars forming the shape of the runes of Passion and Blood. Of course in the story Irulan apocryphally goes on to become one of the finest Spring realm mages in Urizen, and credits her experiences in the Caves with her success and deeper understanding of the Spring realm.

The tale is obviously fanciful - there is no evidence that Irulan was a real woman, for example- but it is diverting nonetheless. A much more likely explanation for the rich colour of the crystals is is that they are tainted with trace orichalcum impurities. The story has been handed down through the generations however - even after the location of the caves themselves were lost - and used to teach young Urizen the importance of harnessing one's passions.

This title is currently held by Valeria. This title has tenure, the occupant may hold the title until it is revoked, they die or they relinquish the position. The table to the right shows the citizens who have been elected to hold this title in the years since Empress Britta died.