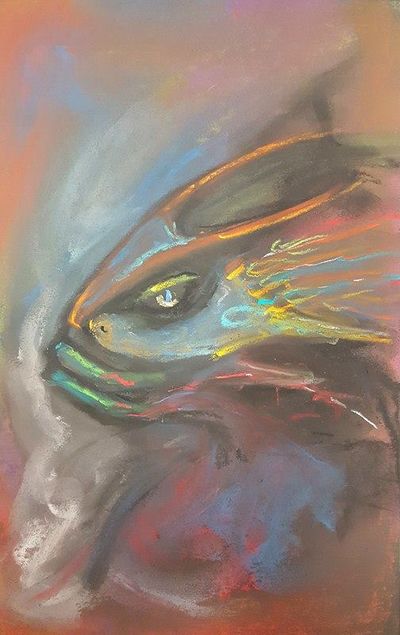 Most often Murit is known as the "Shaper" thanks to its frequent association with artisans.

It is also commonly known as the "Dragonsmith", partly due to its common appearance and partly due to its propensity for constructing powerful creatures in the same way it apparently constructs objects. In parts of Wintermark and The Marches it is known as the "Night-forge", although that name is used interchangeably to refer to the domain that Murit claims in the Realm of Night. Some Kallavesi mystics and Freeborn apothecaries know it as the Silver Kettle and invoke its name when mixing complex potions. It is also sometimes called the All-consuming-fire in reference to the way the changes it fosters and the miracles it creates can be as destructive as they can be inspiring.

Along with Soghter, Murit is known as the Azoth after a theoretical alchemical compound that enacts miraculous transformations - magicians performing rituals such as The Eight-spoked Wheel, The Retrograde Wheel and Distill the Serpent's Stone often evoke the name during their transformations. Some scholars suggest that Murit and Soghter are lovers or siblings; others maintain that they are actually different facets of the same entity. Neither eternal seems inclined to discuss their relationship, if any, but a few alchemical treatises contain images of the two serpents wrapped around each other as illustrations of the way disparate substances can be combined together to create new materials.

Murit is believed to be a winged serpent, with scales of gold and sapphire and feathered wings resembling beautifully coloured glass. Evidence for this appearance seems entirely anecdotal, based on descriptions by heralds; no Imperial magician has reported actually encountering Murit in this form. As with all Night eternals, Murit is a consummate shapeshifter and it most often appears as a saurian humanoid with backwards sweeping horns and feathers, usually clad in a long skirt or kilt and carrying an item emblematic of its interest in crafting - usually either a large smith's hammer, or a pestle-and-mortar. It may appear to be male or female, and as with many Night eternals gender appears to have little meaning to this shapeshifting crafter.

Humanoid heralds of Murit often appear as strongly-lineaged Naga. Murit is also known to create artefacts that seem to possess many of the qualities of a herald - odd magical powers, a personality and specific agendas. These 'living artefacts' are often released into the world, where they can cause great disruption - some form symbiotic relationships with mortal wielders, while others are said to entirely dominate weak willed wielders. Murit seems to view these items as its children, and is known to take a dim view of those who destroy them.

Murit is also known to create unique one-of-a-kind creatures. It seems to see little distinction between creating a great emerald dragon that vomits gouts of vitriol and a delicate songbird that sings in the voice of a harp. While Murit is occasionally accused of creating creatures such as the mandowla, its refusal to revisit earlier works means that these entities invariably remain one-of-a-kind rather than spawning entire species. Unfortunately, they also tend to be naturally immortal unless killed and in the past this has caused problems when they have slipped into the mortal realm. Murit seems to feel little responsibility for their actions.

The Dragonsmith is fascinated by the way that two things can be combined to create a new thing, greater than the sum of the parts. It is especially interested in miraculous transformations that result from the union of mundane substances or situations. The arts of the apothecary and the artisan are of especial interest to Murit, as is the magical pursuit of mortal alchemy. It is also endlessly fascinated by the changes that can occur when individuals come together, and the way meetings between people can cascade to create profound transformations in the world for good or ill.

Murit's fascination with change and transformation is entirely devoid of a moral component; it sees no difference between a great change that slaughters hundreds and one that exalts them. It often seems to be the magnitude of the change that it finds fascinating, not the implications for those changes.

Like many Night eternals, Murit adores art and artists. A timeless piece of art can transform those who look on it, inspiring them to creation of their own. It is a little less interested in the artists themselves, believing that the work itself and the way others perceive it is more interesting than the intent or design of the artist. To Murit, a heartfelt song in a faltering voice that brings a tear to the eye is more 'beautiful' than a technically brilliant sculpture.

Murit is known to despise trade, and those who sell the fruits of their labour are disdained by this enigmatic eternal. The creations of artifice, magic and apothecary should be regarded as an end result in themselves, or freely given with no expectations to assist allies, to destroy enemies, or simply for the unfettered joy of seeing the changes that they enact on the world as they move through it. Obviously this can make it difficult to gain a boon from Murit as it will rarely name a simple payment for a task. 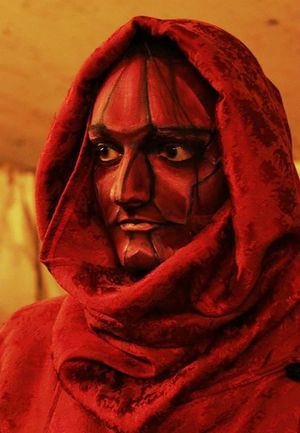 The night-forge is a being driven by novelty; all of its creations are unique. Murit has no interest in recreating a past creation, and is offended by requests that it does so. It considers itself an artist, and believes that no true artist should repeat its work.

While most eternals have little interest in the inhabitants of other Realms, Murit is known to actively oppose many of the powers of the Autumn Realm. It has several times worked directly against the schemes of eternals such as Basileus Flint, Callidus and Ephisis but reserves special distaste for the forgemistress Estavus which it seems to view as the epitome of small-minded industry. Unable to directly oppose their aims, it is forced to work through proxies. Some magicians have enlisted Murit intentionally with stories of the plans of these eternals, and Murit revels in the opportunity to disrupt their designs.

The most common boons Murit grants are those that make it easier to transform elements and materials, or assist in the practice of alchemy, artisan or apothecary. Its gifts often bring with them a burning drive to create new things, and there are stories of artisans who have literally worked themselves to death in pursuit of a new masterwork.

Murit also likes to introduce new creatures and individuals to each other and observe their reactions. In this vein, it is also known to entrust some of its artefact-heralds to mortals, on the understanding they will protect them and introduce them to new situations.

The Empire is fascinating to Murit; the way a powerful structure has arisen from a foundation of different nations and people. However, the Empire has been in existence for nearly four centuries now and some stargazers have suggested that Murit may be becoming bored with the relative stability of Imperial life. While Murit is not malignant, they allege that the all-consuming-fire has begun questing around for interesting 'new elements' to introduce to the Empire in a quest to see what happens. These same magicians suggest that Murit has set in motion several stratagems aimed at undermining the Imperial Bourse, although they are unwilling or unable to provide specifics.