No time for ease

No time for ease

When the Imperatrix asked me to write this, it was with the intention of speaking about the extent of the military dangers we currently face. Neither of us realised then what extra challenges would arise.

Imperatrix Lisabetta is missing. An experimental pilgrimage has gone awry and - although evidence suggests she still lives - she and her husband Juha are lost in the dreamscape. Her intention was to find a way to head off a future schism in The Way between orcs and humans - a noble goal, but one which might have cost her dearly.

Some of the greatest minds in the Empire have turned their will towards bringing back the Empress we love, but this is uncharted territory. In the meantime, it falls to us to protect the Empire and throw back all foes who defy her.

We are outnumbered more than ever before. The Empire has one hundred and fifteen thousand soldiers in service. The Druj, Grendel and Jotun have one hundred and seventy-five thousand between them. This is a threat to the very existence of the Empire. On top of this, our economy stands on a knife edge, where we struggle to maintain our armies and to keep them supplied.

A purely military solution will not save us. The incredible efforts of our ritualists and the recently-replaced warmage, Heilyn, have allowed us to narrow the disadvantage we are up against, but there is not enough mana in the Empire to close it entirely. If we continue to face these odds and do not make some fundamental change, we will be destroyed.

Diplomacy remains our best solution, to win us allies and forge peace treaties that even the odds. Any such deal will have a price, but we must measure that cost against the alternative. In the past we have failed to agree deals because people refused to compromise their ambitions or to give up land. But if we do not make a deal we will be conquered and enslaved - all of our land and our freedom to pursue our faith taken from us. We must give up something to preserve the rest. ‘No price is too high to achieve your Ambitions’, and all of our ambitions are bound up in the future of our Empire.

Such a deal will not be quick. In the meantime our armies and citizens must fight as they never have before, to win the time for our diplomats to wrangle. Our strategists must be brilliant. And every one of us must make hard choices and sacrifices. If we do those things we will keep the bargaining position we need to make a deal viable and then to regain what we have lost.

Just to survive, let alone to win, we must use every shred of advantage we can muster. Above all, we cannot afford to throw our soldiers’ lives away through recklessness, arrogance or greed.

Although this is a dark time, it is also an opportunity. To threaten us so badly, our enemies have committed themselves just as thoroughly. If they do not succeed, the effort will shatter at least one of them. The choices we make now will either break us or make us the greatest power in the known world.

In the east we can reinforce our alliance with the Thule to give us the strength to destroy the Druj utterly. In the west the Jotun have concentrated their forces such that we must find stratagems or bargains that will split them up so they can be driven back in detail. Against the Grendel we must make war so expensive for them that they bargain for peace. Every one of those things has a price.

Some costs will be great in this lifetime, but we know they will be repaid in the future. Others may be as little as delaying personal goals. We live and we die and we are born again; we can wait a season or a year when that pause gives us a stronger tomorrow.

We often talk of not starting new wars with outsiders, but we also need to cease making war on each other. Every curse upon an Imperial territory or citizen by one another, each petty act of vengeance - these must stop. We waste resources that we need and we harm our allies. Just last season we saw two League cities cursed by citizens of Highguard and I call upon my own nation not to pursue a Reckoning by attacking our siblings, but instead to demand they pay us back through service to the Empire. Let us both be an example. We are ten nations, one Empire; and if we work together we will span the entire world. 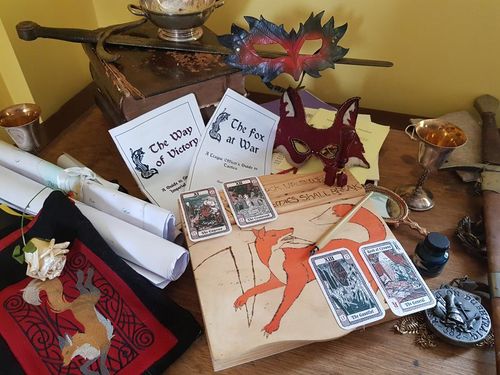 The Throne, Imperatrix Lisabetta, used her power to address the Empire to permit Gabriel Barossa, General of the Wolves of War, to present a personal message to all Imperial citizens.

The Throne has the power to nominate a single Imperial citizen who can deliver a message to the people of the Empire each summit. This message has been duly composed by General Gabriel, and distributed to Imperial citizens across the Empire by the Civil Service.