Nothing great without cost

Nothing great without cost

From the highest window of my guildhouse in the heart of Holfried, I look towards the same horizon that Emperor Frederick beheld from his own home in Holberg, over two hundred years ago. That distant view is fundamentally unchanged, albeit obscured by the mists of halfwinter and the complexity of circumstance, except in one radical regard. In Frederick’s time, slavery was still legal.

After my coronation, I gave voice to the will of many people of the Empire: that we should also strive for the liberation of those in chains, all across the face of Creation. We should ally with those who share our vision, and oppose those who do not. Virtue best thrives in liberty, because our Virtue is rooted in choices we make ourselves, not choices made for us by others.

Next Summit, representatives of four foreign powers join the Liberty Pact meeting at Anvil. It has taken over two years of unrelenting hard work by our Imperial diplomats to mould a coherent foreign policy out of the chaos of the interregnum, such that exploration of this great Ambition is even made possible. I do not expect a swift conclusion - rather, I welcome a steady beginning.

In the League, we say “nothing great, without cost”.

So I ask: how must we pay - and what must we forego?

‘No new fronts!’ is an old refrain. It gains new urgency. “Fighting on one front is barely a war, but fighting on three fronts gets everyone killed”, said Emperor Guntherm Hefthammer of the Mark, and we have been fighting on at least three fronts for several years. The Empire is not dead! But we count a high cost in coin - the Senate has little to spend on anything other than war. And we pay too high a price in blood.

Let us look together to the horizon. The Jotun war now will rage on for long years. If we are to nurture the scantest prospects of future diplomacy, we must fight them, without using extreme measures, so that their notions of honour can be respected and reclaimed.

The scourge that is the Druj will only be eliminated by exterminating the evil of that society. We will use whatever measures we can muster. That includes a new military alliance with the Thule, which we have sealed with our commitment to continue for as long as it takes - specifically, that we will not abandon our allies to face the fight alone.

The Vallorn threat, spiritual and temporal, has rightly become a concern for the wider Empire. We must keep faith, with the Highborn pilgrims newly walking the trods. With those of all nations who agreed to share prosperity so that the cost is not wholly borne by Highguard. And with those Navarr who have stayed their weapons so that, together, we will strike more surely when the opportunity comes to us again.

That makes three fronts. And moreover - there is still the Grendel.

Discretion pauses my pen. But the Civil Service assure me, with great fidelity, that I am able to be frank with you. In any case, by the time my letter is published all across the Empire, our enemies’ dispositions will have been long decided.

If my gaze could truly reach to the horizon, it would follow my heart - it would fly from my window, all across the lands of the Empire to the southern coast, and onward across the southern seas, to our myriad of private fleets and military forces engaged on a great maritime adventure, the like of which we have not seen before. The Grendel believe their homeland shielded from us by the distance of the ocean. We will prove them wrong.

No longer can we afford this long running fourth front. A diplomatic solution could not be reached. So another means has to be found to guard against perennial onslaught from the sea. We have made a good first season’s start on the fortifications which will eventually protect the south coast. At least five further seasons of building must follow. This is an Ambitious plan. The price is high. But it is not more than we can pay - only if we continue to forego other opportunities.

Back home, outside my guildhouse windows, I see beloved Holberg at last flourish again. Protected by white granite and invested coin, my city regains the prosperity forfeited by Empress Giselle. And I ponder how to better guard the Empire’s people against a future Throne’s venality, or indeed, the incompetence of a Walter or a Hugh.

One way is to ensure that the voices of the people continue to be heard directly by the Throne. I believe, as did Frederick, that those who hold elected power should continue to do so only with the consent of those governed. Consent requires knowledge. The best Senators and Generals explain their decisions and their motivations. The Throne is no different in this regard.

It is my intention to spend more of my time speaking with those heroes of the Empire who attend the Summits at Anvil. I shall search out, in particular, those voices I might not otherwise hear - those whose business does not lead their steps to attend the Great Councils. Yet those citizens’ voices sounding loudest in my ears will be those who understand juxtaposed consequences. What we must forego, and how we must pay, whether in coin, deed, blood, or Reckoning. Nothing great, without cost. 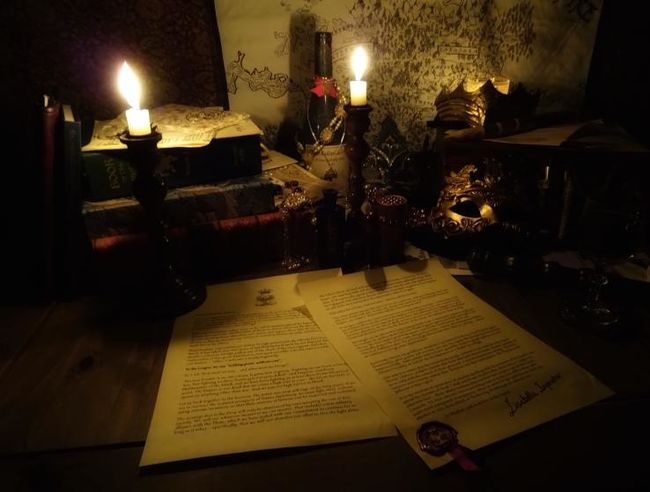 Imperatrix Lisabetta has used her power to address the Empire to send a personal message to all Imperial citizens. The civil service has ensured the message is heard by citizens across the Empire and beyond.