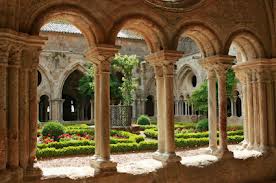 Following the liberation of Reikos by Imperial troops in Winter 379YE, these resources have been presented to the Military council for assignment as spoils of war during the Winter Solstice, 379YE. They cannot be assigned until Reikos has been assigned to an Imperial nation.

Congregation / Rank 5
Many groups once exiled from Reikos by the Druj are keen to return and the congregation of Never Again is no exception. Founded by refugees in Bastion, Never Again are determined to learn the lessons of recent history and equally determined to repopulate and rebuild their home. The congregation largely consists of those common folk whose lives and livelihoods were devastated during the Druj occupation - simple business owners, farmers and gardeners who have vowed to rebuild their homes and hold them against any further incursions that may occur. There are several devout dedicates of Prosperity among them, along with a number who have vowed to never gain allow their Vigilance to waver.

Herb Garden / Rank 4
Production: 6 doses of True Vervain, 2 doses of Cerulean Mazzarine, 4 does of Bladeroot, 2 doses of Imperial Roseweald, and 6 doses of Marrowort. Amongst the former beauty of Gardens of Chalcis, new life has taken hold, growing over the site of a particularly prolonged battle with the Druj during the first years of the invasion. Whilst paling in comparison to the former majesty of the famed gardens that once grew on the blasted heath, these fields serve as a reminder of the Courage of the Highborn defenders of the area and the price they paid. The recent pure rain seems to have especially invigorated this battlefield, which is now fecund with valuable healing herbs.

Ambergelt Forest / Rank 3
First to fall to the Druj incursion was the region of Broken Ride, close to the dark and forbidding Great Forest of Peytat. That dangerous wooded area extends far into the Barrens to the northeast and merges with vallorn-haunted Brocéliande to the west. Even the Druj seem to fear the forest, and their armies must have been desperate to push through it when they fled north to try and support their comrades in Holberg. Perhaps there is truth to the stories of a malign entity deep within.

Certainly the trees here produce Ambergelt which has a particularly red tinge, more blood than sap. Many find the sight unnerving, especially when the mists roll in of an evening and settle over the area with an unnatural crimson glow. The air here is sticky, heady and seems supernaturally sweet. Voices are occasionally heard on the northern breezes - calling, beckoning. They were not heard before the Druj came. Perhaps they are the voices of the dead, perhaps they are something that followed the orcs out of the Forest's heart.

Business/ Rank 3
When the Druj first approached Haros, the bells of the Echoes of Wisdom were rung to warn the citizens. When the town fell, the tall tower business was used as a watchtower by the invaders. For some reason, the Druj did not remove the stock, in all their years of occupation. Perhaps they did not realise the significance of bell ringing, or perhaps they feared it. When they fled Haros Water, the tower was one of the few that remained standing - so sturdy and reinforced with white granite was the structure.

Now with the occupation over, the business of bell making can begin anew. The fact the tower survived the destruction wrought by the Druj makes it a simple of Pride to those charged with rebuilding Reikos. More practically, there will be many unquiet spirits that need to be kept at bay by the quality bells and chimes offered by the Echoes of Wisdom, so it should do excellent business.

Business/ Rank 3
Once associated with the finest Highborn grapes, the head vintner at Tabernacle Claret sealed the doors of her business the day she saw the Druj set fire to her beloved vineyards and left for Bastion clutching only a single bottle of their finest port as a memento. When Tabernacle itself was eventually devastated and reduced to a pile of mud and rubble laced with deadly traps and pits, precious few knew that nearby in an extended cellar complex remained several hundred bottles of the finest wines and ports outside of the cities of the League.

The cellars remained untouched, buried beneath the remains of the settlement, unlooked for by a foe who didn't know of its existence. To return this once fine establishment to its former glory, the surviving vintner now seeks partnership with a suitable Benefactor who sees the opportunity presented in such a venture.

Farm / Rank 3
The rolling plains of Grey Charge were once home to many small chapter settlements with their own farmlands. One by one, the Druj assaults subjected them to the sword, the torch and the manacle, leaving the region under the charge of its subject tribes. Grey Watch Grasses is the largest of these farms remaining with any sizeable population. They were liberated by Navarr troops who chased a retreating Druj force north from Riverwatch in the first days of the liberation.

Whipped, beaten and broken by the barbarians and cruelly used as slave labour, then subject to the deleterious effects of the Druj miasma and the Reikos flux, much care and attention will be needed to restore faith to these tragic people. The earth here remains loved by those that toiled under the yoke of the Druj, it is their home and they are not likely to forget that any time soon.

Mana Site / Rank 2
At the foot of the giant Sign of Tamar in the region of Tamarbode lie the Toes of Tamar. The stories and legends of this mana site have it associated with the eternal known as the Lady of the Grim Host. Some scholarly works suggest the Sign itself may represent the constellation the Drowned Man, a sign of doom and ill omen, the foot of which is the brightest star.

The Sign of Tamar itself was recently occupied by the Druj known as Greenmask who claimed the Toes for his own, and his servants gathered the crystal mana from the toes to use in his dark rituals. The orcs are gone now, and for a time a small band of resistance fighters used Tamar's Toes as a base of operations, standing ready to ensure its safety until the last of the orcs are exterminated. With the coming of Llofir, who now controls the region around Tamar's Toes, the defenders were driven out. Magicians still make regular trips into the tumultuous woodlands that now surround Tamar's toes to claim the bounty of crystal mana, and are largely unmolested when they do so, but it is clear that they are not especially welcome. The mana site itself seems to be the only part of Tamarbode not completely swallowed by the unruly forest raised by Llofir's Spring magic.

The Wound of Chalcis

Weltsilver Mine / Rank 2
In eastern Chalcis Mount is a mine considered to be one of the oldest weltsilver mines in the Empire. Even before Reikos was conquered by Imperial troops there were Highborn workers extracting the valuable material from the dark stone cliffs above Therunin. The first fortification that would later be used as part of the Imperial conquest of the territory were build to protect the mining effort here. Centuries after it was discovered little remains of the original bounty and the Druj were quick to employ slaves to tear it out of the ground even faster. Still, while the site is not the richest mine in the Empire, it is certainly steeped in history.

Other opportunities exist in Reikos; they are detailed elsewhere.