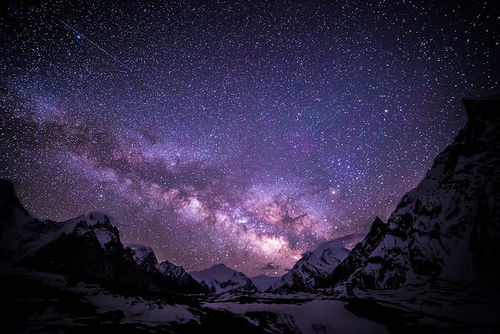 In Autumn 380YE, following the liberation of Spiral from the Grendel during the previous Summer Solstice, these resources were presented to the Military council for assignment as spoils of war

Military Unit / Rank 3
Most ushabti are constructed to perform a handful of simple tasks repetitively. These particular ushabti were armed and armoured to perform as human-sized chess pieces. They were gifted to Emperor Nicovar when he became maester of Ankarien. Following Nicovar's death, they were sealed away in one of the lower chambers by order of the Arbiter of Ankarien. They had long since been forgotten when the Grendel arrived and the Urizen were forced to flee with what they could from their precious libraries.

The ushabti still retained a spark of magic however and when the Grendel looted the remains of the spire and unearthed them, they set about the task they had last been given - to protect their Arbiter (a common Urizen name for the piece other nations call the Throne, here referring to the individual who commands the chess set). Faced with continuing attacks from the relentless constructs, the Grendel took losses and curtailed their banditry, caving in the entrance to the room to prevent further incursion. With the barbarians dispersed, the sealed-off area has only just been excavated and the thirty ushabti warriors of the Chess Set stand ready for new orders.

Mana Site / Rank 5
Ossuary is famously named for the great bones that are found there. Some places have a larger concentration of these bones than others, and the Dragons Graveyard represents one of the largest and best known. The name is highly speculative, but appears in records that date back to the time before Urizen joined the Empire. The arrangement of the bones appears to shift over time, although some scholars speculate that new bones appear when nobody is looking. A potent Summer regio associated with the site only fuels rumours of the draconic origins of the bones. The mana that flows into this site seems to surge more strongly during conjunctions of the Stallion and the Stork, prompting some to speculate on an even stronger affiliation for the Summer realm. During these periods of surging mana, crystals have been reported forming spontaneously here without the need for salt solutions to catalyse their growth. The idea of a surging mana tide seems to be supported by the story of Salios of Endsmeet and the orc Dughal Stormlord, during which one or the other's Staff exploded catastrophically destroying several combatants.

Mana Site / Rank 4
In a crater below the Black Plateau lies the Fracta Fenestra. A number of magical explosions have melted the obsidian into an earthbound reflection of the night sky, a great mirror of the heavens staring up from the rock. The Key, the Lock, and the Spider are among the constellations known to be associated with this desolate forbidding place, which is often used as a site from which to observe the heavens.

Fleet / Rank 2
From amidst a hidden coastal cave in Apulus, concealed by Night magic and below water at high tide, the smuggling boats of the Lathraia sailed forth. These sailors braved choppy waters and Grendel raiders alike to deliver goods and information to those Urizen still present in Spiral. With knowledge of the local tides and cave networks, and numbering many merrow among them, they were able to provide much needed supplies to survivors wherever they found them as well as engage in several hit and run attacks to weaken and hole lone orc ships. With Spiral back in Imperial hands, the Lathraia that remain turn their eyes back to their study of the ocean and how best to make their living from it.

Congregation / Rank 3
The last keeper of the Lighthouse at Apulian, Hadrian, shattered the magic stone that gave it light, destroying several hundred orcs with his sacrifice. Years later, the Lighthouse Keepers - scattered and exiled - still keep vigils in his name, an activity passed down from the generation that witnessed this act. They seek to have Hadrian declared an Exemplar of Loyalty, but also have priests dedicated to Courage and Vigilance among their number. Currently based in Ateri, they are eager to set up again in Apulian. If the region is liberated from the Grendel, they will no doubt wish to see the great work there restored to its former glory and purpose - bringing light to the darkness and keep watch over the coast of Apulus.

Weltsilver Mine / Rank 4
Formerly the largest weltsilver mining operation in Spiral - perhaps all of Urizen - a full year of Grendel occupation has barely dented the vastness of this resource. The Salt Lords mined the Mavrisma and the nearby mithril of the Legacy alike with slave labour, many of whom died from dehydration, cave-ins and the malodorous mine gases which abound here (and were, naturally, no impediment to ushabti miners). Engineers once travelled here in numbers to learn how the great Urizen engineer Schediazi perfected the whole operation - from discovery through expansion, shaft-building, shoring, extraction and refining - through to the vast system of lenses and mirrors which allowed light to penetrate into its very depths. No-one knows the fate of Schediazi, though it is commonly held that she sealed herself into a lower level when the Grendel appeared rather than leave or be forced to use her mastery in service of the barbarians.

Mana Site / Rank 2 (no longer available)
The deserted Spire of Oblivion's Edge stands as close to the Black Plateau as it was safe to build a settlement. Created to watch over the Black Plateau, to monitor its dangers and its phenomena, Oblivion's Edge was lost when Spiral fell and is now nought but a ruin. In its heyday, the Spire coaxed a great bounty of mana from the Night Orchard, a series of carefully carved pits dug into a rock terrace where occult geometries and arcane tending would cause the strong magic running through the region to coalesce into tree-like structures - growing up and out in an almost organic shape of crystalline branches. Now, fifty years after the Spire was lost, the Orchard's pits have mostly collapsed inwards or been buried. Only one site remains intact, the Night Arbour, where the lack of careful tending and damage to the astronomantic carvings in the pit's walls have caused the magic to go somewhat wild. Instead of a single tree of crystal, it has become a tangled arbour, a copse of branches and trunks coalesced from raw mana.

In Winter 384YE, the eternal Sung offered to help the Empire construct a spy network centred around the Oblivion's Edge spire. She claimed the Night Arbour, and used its power to shroud the spire and the network from prying eyes. You can learn more in the The Net of the Realms wind of fortune.

Tempest Jade Mine / Rank 2
The canyon of Procella Viridis in Cinion was only discovered three years before the Grendel invasion, uncovered by landslides resulting from a freak thunderstorm. The tempest jade here was worked by ushabti and then polished by master artisans seeking perfection of their craft. Further landslides have led to the loss of one end of the box canyon and its resources, though enough remains to provide a decent quantity of the material for those seeking its use.

Iridescent Gloaming Forest / Rank 3
Amidst the ruined spire of Solen's Doubt, lingering magical energies have encouraged a growth of trees and foliage more common to the once well-tended lower slopes. Growing lazily through the maze of broken white marble, they have provided a haven for iridescent butterflies, in numbers rarely seen within the Empire. The feeling of solitude and loneliness in the abandoned spire during the day is overwhelming; the many-hued beauty of the night garden is breathtaking. The Grendel appear to be giving the part of Apstrus around Solen's Doubt a wide berth, and the civil service believe the forest can be safely operated as long as the new owner is discreet.

Business / Rank 4
The spire of Damakan's Forge was renowned as the place where the most elegant and potent blades in the Empire were once created. The invasion put paid to the spire, but a handful of smiths and artisans escaped with some of the legendary secrets of this famous bladesmith. They had taken refuge in Ossen's Spire, but Grendel depredations and the eventual destruction of that spire by the fires of Surut put paid to those ambitions. These expert craftspeople began to cluster once again around the site of the lost spire, living in a series of brightly-coloured and expertly engineered tent pavilions based on Freeborn designs. They did not search for lost secrets, but practiced the arts of weaponsmithing as taught to them by Damakan and her descendants, still seeking to hone their art to perfection as only the Urizen know how. There is a significant market for weapons made by these philosopher-smiths, and they were looking for someone to deal with the tedious day-to-day business of selling their weapons for them. They found this someone in the form of the master-artifice Achilles. During the Summer Solstice 381YE, Achilles arranged for the smiths to move from Cinion to Limus in Redoubt, establishing a permanent base of operations there away from the immediate threat of the Grendel orcs.