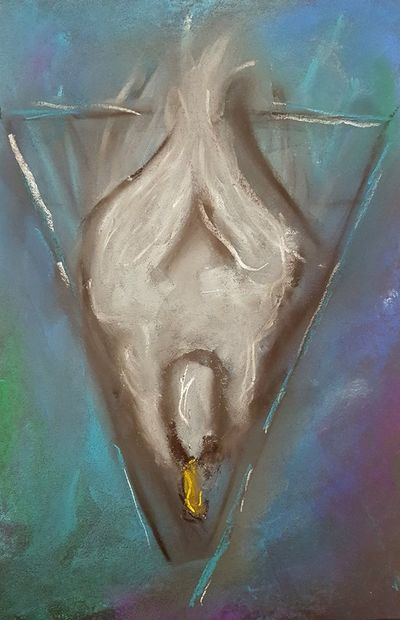 The Swan is concerned with purity and harmony.

Unlike many other eternals, Ylenrith does not have many other common names; the only one used with any regularity is the Pure but the eternal is known to dislike the use of this term. It is also occasionally known as the Eternal Flame and the Pure Morning and responds more positively to these sobriquets.

Ylenrith (Il-LEN-rith) appears as a humanoid, often with strong merrow characteristics. It is neither female nor male, although its physical form may suggest elements of any gender. It is usually dressed simply in a single pale colour, often white, light green or soft pastel blues. It usually wears a cloak of white feathers, and a belt of silver scales. It always speaks quietly, never raising its voice except to sing.

As with Roshanwe the eternal is said to make its home at the point where they ocean of the realm of Day rises to touch the sky. Also like Roshanwe, it expresses emotions such as bittersweet joy and quiet sadness in a way that is comprehensible to humans. While it is clearly a creature with great emotional depth, it rarely expresses those emotions - and when it does it does so through the medium of song.

Ylenrith claims that it never lies - that lying creates unnecessary dissonance - but this claim is difficult to substantiate.

The Swan is often accompanied by one or two heralds; they are generally either musicians or mathematicians and some observers have suggested that they treat Ylenrith with a kind of restrained awe or worship that can be slightly unsettling.

Ylenrith is strongly associated with concepts of purity and harmony. Focus, clarity, calm, and reason are all powerful touchstones as far as Ylenrith is concerned, and all suffering is caused by moving away from these principles. Lies, sickness, ignorance, drugs, passion, desire, fear, and anger are all the same thing - impure, dangerous things that weigh down the spirits of living beings and lead them to harm themselves and others.

It is a consummate musician, and regularly expounds the idea that true communication takes place only through music (and occasionally through dance). The Swan appears to believe that spoken and written language impedes, rather than promotes, communication and suggests that it might be a dead end that encourages division rather than harmony. When individuals make music together their spirits briefly move into alignment with each other and with the greater scheme of things - they become a metaphor for the power of unity without sacrificing individual identity.

Emotions and passions expressed through music are 'harnessed' to the will of the musicians, and allow for catharsis, without which they can overwhelm the good sense of an individual and cause them harm. Ylenrith teaches that it is not wrong to feel things strongly, but that unless powerful emotions are carefully controlled they can lead to suffering and dissonance. By expressing them through music, they can be experienced in a contained and ordered way and provide strength and spiritual communion, rather than encouraging selfishness and disharmony.

Ylenrith encourages magicians to practice their magic with music - even the passionate dancing of the hakima - and especially favours magicians who employ the Music of the spheres in their rituals.

Finally, music is also used as the gateway to Ylenrith's only true passion; mathematics. She firmly believes that the study of mathematics is the only 'pure' discipline, and that through it every truth of existence can be expressed in an elegant, simple and above-all truthful way. Mortals who study mathematics as more than "the physics of bottlecaps" are of great interest to Ylenrith. 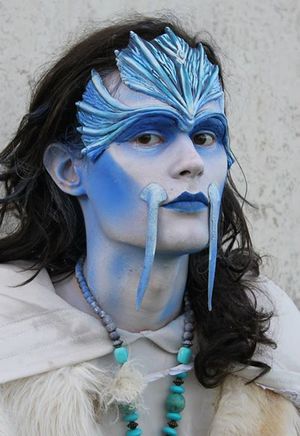 Ylenrith appears as a humanoid, often with strong merrow traits.

This eternal is also fascinated by medicine. Through understanding how mortal beings are built, one can restore harmony, purity and wholeness to them. It encourages healers to explore and embrace advances in medical sciences, moving away from superstition and tradition towards a true understanding not only of how living things are formed and operate, but from there to a greater understanding of the world around them.

Ylenrith is closely associated with the rune Cavul. It is strongly associated with pure water and a form of magical fire - which it calls the true flame - that can consume almost anything without producing smoke or soot, or leaving ashes behind.

Ylenrith is viewed with some suspicion by followers of the Way. It makes no effort to conceal its disdain for the auras created through consecrate, hallowing and anointing. Some religious magicians further point to the way that its heralds seem to encourage worship of Ylenrith, and warn that its philosophy and boons may represent an attempt to spread idolatrous worship of an eternal to the Empire. They also point to the tranquillity it seeks to promulgate as being no different to the malign spiritual presence of peace which ultimately robs humanity of its drive to strive and leads to stagnation and death.

Ylenrith can remove almost any strong passion, alleviate pain, and grant clarity and clear-thinking, especially though the use of music. In the same way it can help purify a mind, it can purify physical things, separating potions into their component parts, turning wine into water and fruit juice, cleansing infection and disease and similar effects. While most of its boons focus on the small scale, it has also been known to offer aid in purifying tainted water sources up to the size of large lakes or entire rivers.

In the past Ylenrith has also demonstrated the ability to permanently remove lineage from an individual, although the process is apparently extremely painful and on at least one occasion has proved fatal.

It can also sometimes be prevailed on to grant boons related to the true flame with which it is associated. The fire can consume anything found in the mortal world except ilium (and things made with ilium) which do not even become warm when exposed to it. This represents one of the dangers of receiving the boons of Ylenrith - the act of purification can sometimes prove more damaging than allowing corruption to run its course.

On one occasion, Ylenrith was asked to help remove a curse from an area of forest that was causing iridescent butterflies to produce horribly tainted iridescent gloaming. With some reluctance it agreed. It instructed the magicians involved to set fire to the trees at the heart of the forest, and the ensuring conflagration consumed every living and unliving thing within five miles of the central point, without producing a thimbleful of smoke. The curse was alleviated, but to this day no plant larger than tall grass will grow in the area.

It sometimes offers its boons through consumable items (usually clear water) or enchanted musical instruments. At least one story concerns an apparently familiar magic item - in this case an Abraxus Stone - that the eternal commits to "renewing" each year through the use of a dedicated herald.

This selection of articles can be downloaded as a PDF book (or as html only)
Retrieved from "https://www.profounddecisions.co.uk/mediawiki-public/index.php?title=Ylenrith&oldid=77881"