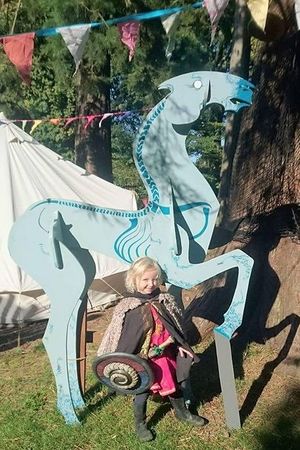 A common image in heraldry, and in fanciful tales, is that of the winged horse. Indeed, there are still suits of horse barding in Highguard with decorative wings attached that protected the legs of the rider from attackers on the ground. The winged horse itself, however, is a creation of legend and mythology - while horses were swift, they did not fly and it is unlikely one would ever be able to fly in the manner the pegasus is depicted. Rather, the pegasus is a heraldic symbol of speed, grace, and pride - even beyond the characteristics associated with horses normally.