As of Spring 383YE, the Broken Shore Bounty is controlled by the Grendel and is no longer an Imperial bourse seat. This page reflects their status before it was lost to the barbarian orcs. 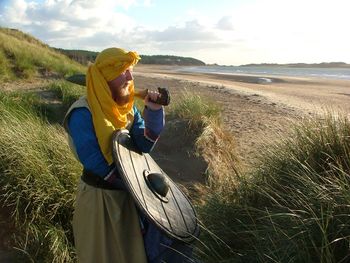 The corsair families Pride themselves on keeping the Bay of Catazar
free of Grendel.

The Broken Shore Bounty has effectively, as of Autumn 383YE, ceased to exist, in part due to the peace treaty with the Grendel. Part of the bounty now goes to the current Imperial Fleet Master, Esteban I Del Rio Blanco I Guerra, in recognition of his role in opposing the Grendel. This continues only as long as they are Imperial Fleet Master. Of the remainder, the amount of ilium being auctioned through the Public Bourse Auction has increased by four rings for the time being, although this might change. The Broken Shore Bounty will not automatically re-establish itself should war with the Grendel resume.

The Grendel represent a powerful threat to the Empire, and there are always a few groups of disgruntled criminals or barbarian orcs who view Imperial boats and ships as easy prey. Only constant vigilance by Imperial fleet owners, especially those among the corsair families of the Brass Coast, protect the livelihoods and lives of Imperial boat people and fisherfolk. Without an armed presence in the Bay of Catazar, coastal settlements and foreign trade alike would be endangered by opportunistic pirates. The Broken Shore Bounty is intended to reward the Freeborn ship captains who commit themselves to the defence of local waters, rather than to trade with distant nations.

The ilium that the Seat provides is claimed from the fishing nets of the boats that ply their trades along the coast of the Bay of Catazar; a portion of all such finds are claimed by the Broken Shore Bounty. While some fisherfolk resent the claim, the majority appreciate that the Freeborn are instrumental in helping to keep opportunistic raiders out of Imperial waters - that a portion of any ilium found is a minor loss compared to the complete loss of catch, ship, livelihood, and liberty that an encounter with a Grendel raiding vessel would represent.

The seat comes with a well-protected villa in the port-town of Cazar, in Feroz. The corsairs families of the Brass Coast see it as a point of honour to control the Broken Shore Bounty. The ilium is collected and overseen by members of the i Orieni i Riqueza family, who have extensive ties with fishing families and mercantile ship owners throughout the Brass Coast, and the southern territories of the League, Highguard, and Urizen. The current dhomiro of the i Orien family is named Riguel. 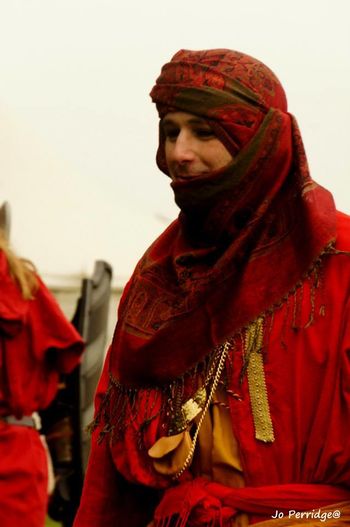 Karlos i Shartha i Riqueza of the New Promise Cartel.

The Seat has no particular responsibilities; they simply receive a bounty of ilium which is theirs to do with as they will. If the Broken Shore Bounty were to be threatened in any way, it would be the responsibility of the Seat to deal with those threats. Likewise, if any particular opportunity were to arise related to the Broken Shore Bounty, the Seat would expect to be consulted as to how that opportunity might be resolved.

The Seat has control of a source of ilium which they receive directly. They can dispense this resource as they choose. Production is 7 rings of ilium every season.

As with all ilium Bourse seats, the holder of the title is determined during the Spring Equinox. Control of the Broken Shore Bounty is assigned to whichever Brass Coast candidate receives the most support from Freeborn fleet owners that have earned votes over the past year by privateering. Votes are recorded in private in conjunction with the civil servants who support the Bourse.

Custodianship of the Broken Shore Bounty is retained for a year, or until the citizen holding the seat dies, or steps down. An Imperial Bourse seat cannot berevoked by the Imperial Synod.


Every time a citizen of the Brass Coast chooses the privateering action for their fleet they receive votes. A typical fleet provides 10 votes, plus an extra 2 votes for each time it has been upgraded. Only the actual rank of the fleet counts in this calculation. Enchantments, curses, penalties or bonuses for downtime effects and so on have no effect. When the seat is appointed, the number of votes they have accrued over the previous year is tallied.

Characters new to the nation who have a fleet personal resource are assumed to have spent the previous year engaged in privateering. Likewise, players with a fleet who have missed an event are similarly assumed to have engaged in privateering. We've made this rule for game balance reasons - so that new characters and players unable to attend every event are not unfairly penalised.

While privateering does not have a direct effect on the outcome of military campaigns, it does has an in-character effect on the setting. The actions of the Freeborn Corsairs and others protects the people and settlements around the bay of Catazar. Privateering keeps the coastal waters of the Empire clear of pirates and other maritime dangers. It does not have a mechanical effect on the Grendel military, but attacking enemy shipping in the Bay does have a narrative effect, without it, Grendel raiders and pirates alike would be free to attack civilians.

This tile is no longer being elected as the Bourse resource it oversaw is not in Imperial hands. The table to the right shows the citizens who have been elected to hold the title of Custodian of the Broken Shore Bounty in the years since Empress Britta died.