“The pursuit of wealth is the foundation of suffering.” 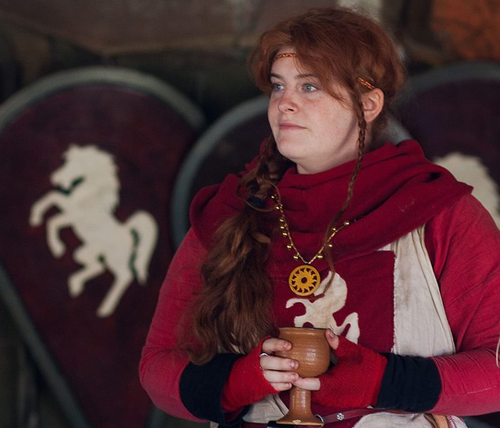 The Prosperous are not selfish; all that is worthwhile is shared with those who deserve it.

There is a deep-seated distrust of the pursuit of wealth for its own sake amongst the Highborn. Highguard is founded on the concept that only action can be virtuous, and their culture rewards assiduous effort and self-improvement. “Wealth” by itself is a passive force; usury – charging interest on a loan – is considered despicable because the lender has no active role in what transpires.

In place of the moneylenders common elsewhere, the Highborn are proud of their benefactors. Often older merchants, benefactors make their wealth work for themselves and others. They try to encourage virtue by acting as patrons to other merchants. They may help a young trader get established, or participate in a risky but ambitious venture that has potential benefits beyond purely economic ones. Rather than lending money and charging interest, benefactors invest in enterprises and in individuals, sharing the risk – and sharing the profits.

Gambling on games of chance is as dubious as usury, since there is no action the participants can take to improve their chances of winning other than to cheat. That said, the Highborn love to wager on contests of skill, whether they are participating or not. Professional book-keepers collect wagers and distribute winnings, taking a small percentage for their service; some specialise in organising contests and competitions specifically to encourage wagering.

Permanence is a civic virtue in Highguard and there is no doubt that the nation produces the best architects and masons in the Empire. The quarries of Casinea produce a breathtakingly beautiful marble that absorbs heat when it is warm and exudes it when cold, making it the ideal building material. Other crafts include the creation of decorative mosaics and fabrics with complex geometric patterns. The Highborn also produces fine quality paper and coloured inks, used extensively to record the histories and archives of the nation.