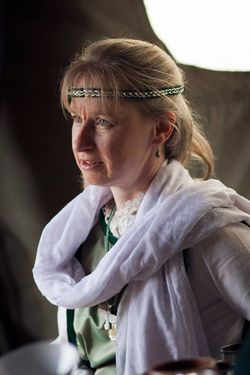 Jada, of the Scions of Ravensfell

Each chapter chooses one of their own, called an exarch, to provide the chapter with civic and moral leadership. The exarch is most commonly the one who best embodies the chapter’s creed; a priest or one who has been schooled in philosophy and faith is usually chosen. As a result, most Highborn who are politically ambitious begin by seeking training as a priest. Highborn history clearly shows the perils of choosing a leader who is not virtuous, so they make no apology for placing this criterion above any other.

The holy city of Bastion is the capital of the nation. Every chapter maintains a hostel of some kind here, so that members who make the pilgrimage have somewhere to stay. At one time the Assembly of the Virtuous would meet here regularly to decide the business of the state. When Highguard agreed to join the Empire, the Assembly of the Virtuous was used as the cornerstone for the Imperial Synod, becoming the Highborn Assembly wholesale, and spreading the mandate to watch for any sign of moral decay in the soul of the Empire.

Most political business moved to the Senate after the creation of the Empire so those members of the Highborn Assembly interested in politics now meet when the Imperial Court meets, the better to appoint Highborn Senators. Bastion is no longer the seat of government of the Highborn Nation, but it remains the spiritual home of the Way of Virtue and pilgrims from all over the Empire travel here.


Every Highborn character with a congregation is automatically a member of the National Assembly and can participate in the vote. They do not use their full Synod voting strength, however. Each character receives ten votes, plus two additional votes each time they have upgraded their resource. Only the actual rank of the congregation counts in this calculation. Imperial titles, enchantments, curses, penalties or bonuses for downtime effects and so on have no effect.

For clarity, like any other enchantment the ritual Mantle of the Golden Orator specifically does not provide any additional votes when participating in the Highborn senate election.

These votes are the same as those wielded by priests in the appointment of a national Bourse seat such as the Vigilant Swan.

In the days before the Empire the exarchs were subject to the approval of the Assembly of the Virtuous, to ensure that chapters were led by devout individuals. That power lapsed generations ago; now only the senators come before the Assembly for ratification.

The Highborn Assembly selects senators by interrogation. Each chapter whose chapterhouse is in the contested territory may put forward a single candidate for consideration by the Assembly. Chapters are assumed to have sufficient wisdom to be able to select their most virtuous member. On the rare occasion where a chapter is unable to pick a single candidate, they forfeit their right to be considered during that election.

Candidates come before the Highborn Assembly where they are expected to answer questions designed to assess their moral rectitude. The Highborn egregore, as a representative of the collective will of the people, chairs these inquisitions. The Assembly does not exclusively select priests to high office, but it is clear that those who have priestly training have a considerable advantage in answering the moral dilemmas and philosophical questions put to them. After examining the candidates, each member of the Assembly secretly votes to indicate which candidate they felt was least virtuous. The candidate with the least votes against them is then declared the winner. If two or more candidates receive equal fewest votes, then all other candidates are eliminated and another round of voting takes place.

If only a single candidate is presented, there is no election; the candidate automatically becomes senator at the point it becomes clear there is no contest. 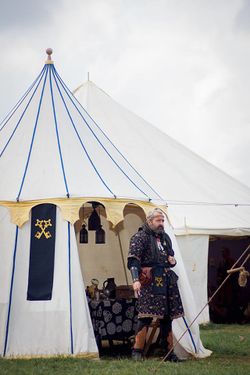 The current Highborn senators are listed below - see the individual territory pages for a full election history for each position.

The way that the number of votes a given priest might wield was calculated has changed several times over the years. As a representative of the will of the Highborn, the egregore has been responsible for overseeing these methods. Following the aftershocks of the Yaelian schism, an the debates around foundationalism that followed, many of the people of Highguard began to question the methods used to determine the votes used in the appointment of the senators. In the end, the consensus was to get back to basics - that every priests voice should be based on their congregation, not on whether they could afford politically-significant rituals, or be subject to the vagaries of malicious rituals.

A list of well-known chapters who have attended Anvil in recent years can be found here.