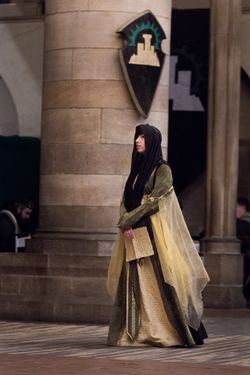 We made the Empire.

The Highborn have always known their destiny. From the first, they brought civilisation, and carved a nation from the wilderness, driving the barbarians before them as they expanded. This civilisation, intimately connected to their notion of Virtue, has only grown and strengthened over the years, finally reaching its maturity at the birth of the First Empress and the formation of the Imperial Creed.

Most dwell in chapters, fortified settlements spread across the plains and linked by roads, rivers and canals. The chapters are united by a common purpose, a creed that defines their own subtle interpretation of the Way of Virtue. The Highborn pride themselves on the strong sense of community within a chapter. They work together and often eat together, meeting daily in the chapterhouse for prayers and to break fast.

It is said – only half in jest – that every Highborn, no matter what their calling, is also part-soldier and part-priest. The grain of truth at the heart of the proverb is that the Highborn are raised from a young age not to take what they have for granted, but to be constantly alert to threats both martial and spiritual.

Highguard is a distinguished nation. Their days of rapid change, hurried conquest and shifting rulerships are behind them, and their culture has reached a pinnacle of insight and stability. The Highborn are proud of their accomplishments; if they are wary of change it is because they have worked so hard to achieve what they have. This caution has served them well through the founding and expansion of the Empire, allowing them to strengthen their culture and faith without the dilution of barbarian customs. Their love for Imperial civilisation drives them to defend it from those who would diminish it – whether invading foreigners, well-meaning Imperial converts or the sinister eternals. 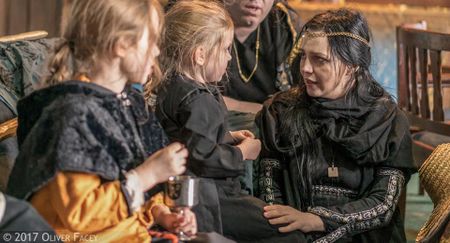 Although the Highborn are justifiably proud of their role in creating the Empire, they are vigilant against the vices of hubris and indulgence. In Highguard, everyone must do their part to ensure the triumph of nation and Empire. Those that are raised up to positions of power are expected to do more than most. To the Highborn way of thinking, senators and the like are the servants of the Empire, hand-picked by the citizens to display moral rectitude and provide leadership. With power comes a tremendous responsibility: to be decisive and proactive, to use the power you have been given to benefit all. Those who use such positions to make themselves wealthy or idle are regarded with contempt.

A sense of history is profoundly important to the Highborn. More than the dry recording of facts, Highborn history is explicitly written as a chronicle to inspire future generations. Elements such as an invigorating narrative, a strong central character, and an enlightening lesson are considered far more important than useless – or worse, negative – details. Highborn scholars consider speculation over the accuracy of any given historical account (all of which are by their nature subjective) pointless, and instead focus on its relevance as a lesson to the present and future. This has been known to bring them into conflict with the Urizen archivists. The Highborn abhor the indiscriminate Urizen approach to source material and their refusal to apply a rigorous moral judgement to what they record and propagate. 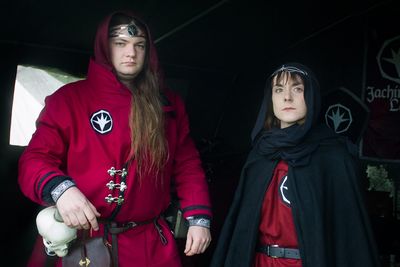 They are chosen carefully for the child in order to establish the appropriate resonance and also consideration of the surname they will bear. Within a chapter there is usually little need for a second name, where there is confusion people often identify the specific individual by referencing a notable parent, i.e. Dinah, daughter of Eli.

When being formally introduced or described to people from outside a chapter, it is customary to append the individual's chapter to their name, reinforcing that it is the community in which the Highborn is a member that is more important than matters of blood. Chapters themselves are normally named after their founder and where, or why, they were founded, i.e. Ezekiel's Guard or Rebekah's Haven.

This means a Highborn might be called, for instance, Dinah of Ezekiel's Guard or Saul of Rebekah's Haven, using the previous chapters. If the Highborn changes chapter, for some reason, it is normal to take a completely new name to represent the change of direction in the individual. 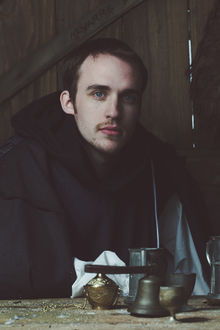 Wikipedia has an excellent list of biblical names, along with the historical meanings.