“Virtue is contagious; so is vice.” 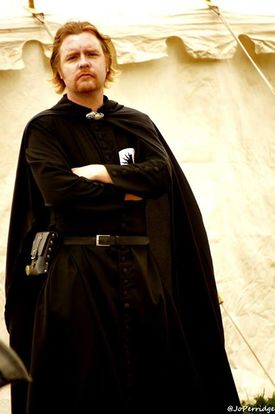 Seraiah Armand of the Suns of Couros.

Bastion is the birthplace of the Way of Virtue and the Imperial Synod was founded here. In the days before the Empire was founded, chapters like the Winds of Virtue sought to take the Way to other nations. This in turn led many pilgrims to travel to Highguard seeking to experience their past lives. During the early decades of the Empire a constant influx of visitors came to the great city, many of whom engaged in discussion with the Highborn priests and each other before carrying the seeds of the Way of Virtue back to their own nations.

Highborn priests are dedicated to the Way of Virtue, and in ensuring that it does not become corrupted by outside forces. Through virtue, the Empress was able to forge a union of the disparate human nations. It is that same virtue that keeps the Empire strong to this day. Highborn priests at home, in the Synod and throughout the Empire continue to preach the Orthodox Imperial Creed, ever vigilant for heresy that might undermine it.

The Highborn National assembly is the oldest gathering of priests dedicated to the Way in the Empire. Founded shortly after the Highborn civil war, the assembly serves as the model for the gatherings of priests in other nations to this day. The assembly is supported by the Speaker of the Highborn Assembly, an Imperial title charged with chairing the meetings of the National assembly, encouraging the priests of Highguard to vote on judgements of the Synod and express the will of their congregations, organising the Day of the Dead memorial, and serving as custodian of the Basilica of Seven Doors.

Highborn priests know that the strength of the Empire is intimately bound to the Imperial Faith. This has lead to the tradition of the wayfarers - priests who act like missionaries, travelling the Empire to encourage the people to actively embrace not only the Imperial faith but the ideals of the Empire itself. They often make a close study of the people they move amongst, reminding them of their own heroes and virtuous exemplars.

Wayfarers tend to wear a wide sash of braided black and white cloth as a symbol of their office. It is usually worn over a traditional Highborn robe with a heavy cowl or veil. They try to help people make up their own minds and come to their own conclusions, through careful questioning and encouragement to examine motivations, actions and beliefs.

Grey Pilgrim is the name adopted by the devout Highborn who over the course of 381YE chose to join the Navarr walking the trods. Spurred to action by claims that the vallorn traps the souls of those who fall under its influence, they seek to free those souls that have been caught, unable to move on to the Labyrinth or cross the Abyss. As the nascent pilgrimage was beginning the Highborn seized the opportunity to encourage the pilgrims to also spread The Way across the Empire. By rooting out heresy and blasphemy as they walked the lands; and by proselytising the faith to foreigners they can save more souls than just those trapped by the vallorn. The desperate need to weaken the vallorn by walking the trods defines the physical nature of the pilgrimage, but it has become a spiritual crusade, aiming to renew the Way throughout the Empire. 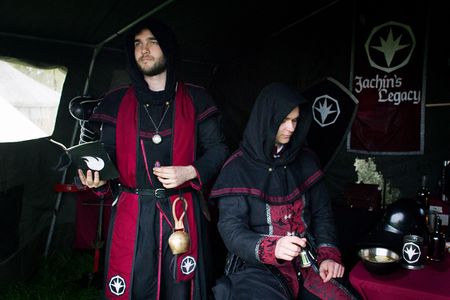 Highborn priests are ever vigilant for heresy that might undermine the Way of Virtue.

Highborn history teaches the dangers inherent in the senate system. When the Patrician Council turned from serving the good of the nation and became self-serving, it nearly destroyed Highguard. Ever mindful of the dangers, Highborn priests are vigilant for treason, hypocrisy and corruption. They watch the Imperial Senate for warning signs that it has become corrupted, and are prepared to take action to ensure it remains the servant of the Empire and not its master. They also look closely at outside influences – foreigners, eternals, so-called “free thinkers” and the like.

The Highborn know how important it is to preserve the purity of the Imperial faith, and the Empire as a whole. Highborn priests ensure that the Imperial Synod retains the powers of Inquisition and Revocation, and actively use those powers to ensure the Empire thrives. Priests who embrace an inquisitorial role often use the image of the Basilisk Awake – a lizard with terrible red eyes that legend says can strike the unworthy dead with its piercing gaze.

The Synod has occasionally debated requesting the Senate authorise the formalisation of an official Imperial Inquisition, to give it additional binding powers. Support for this is mixed; some priests argue that enhanced powers would make the Inquisition more effective, others argue that the duty of vigilance and inquisition is one that all priests should exercise - that it should not be restricted to members of a separate body. All attempts to create a formal body have foundered in the past - instead there have been countless unofficial groups, often acting in secret, who have dedicated themselves to the spirit of Inquisition, looking to root out heresy and those guilty of less-than-virtuous behaviour. 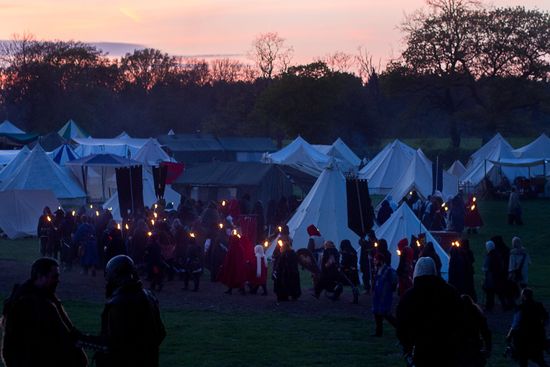 Ceremonies such as the Day of the Dead procession reinforce the idea that the living have a responsibility to the departed.

Stewards of the dead

Some priests become stewards of the dead. Dedicated to recording the deeds of heroes of the Empire, they maintain the tombs and mausoleums of the Necropolis. Their calling means they do more than simply tend graves – they collect stories and histories of the dead, and use these stories as a method to encourage and inspire the living. They officiate at funerals in Highguard, generally an entombment of the body, but regardless of whether mortal remains are involved every Highborn wants their name inscribed on a monument in the Necropolis.

By tradition, every dead emperor and empress should be entombed in the Necropolis, and the stewards take this responsibility very seriously. They also “collect” the bodies of heroes of other nations, and offer to inter them in the Necropolis which serves as a reminder of the deeds of heroes.

It is also the role of the stewards to deal with the excursions of dead spirits. Usually this takes the form of a shade or spirit with pressing business that reaches out towards its living relatives in a terrifying manner. The stewards are charged with interceding and laying the spirit to rest. At the same time they work with the magisters to ensure that the occasional ambulatory corpses that appear in the necropolis are dealt with respectfully but effectively.

The stewards generally dress in simple robes in the style of whichever chapter they belong to. They often carry a book to record the deeds of heroes, and at festivals recite tales to bring to life the memory of those who have gone before. They ring bells and speak to the accompaniment of wind-chimes, allowing the breath of the dead to add their own contribution to the tales of their deeds.

Stewards of the Dead are often tasked with laying unquiet spirits to rest.