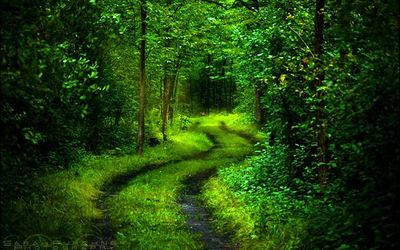 The trods hum with life.

The trods are magically enchanted paths that weave and wind their way across the majority of the Empire. They have special significance to the Navarr, but they are also invaluable to Imperial travelers, merchants, and soldiers. People who use trods - some of which see more travel than the Imperial roads - feel refreshed each morning as if they had spend a night in the finest beds. They are able to walk for many miles without becoming tired, allowing them to cover great distances.

Trods rarely form in straight lines - they meander across the landscape in complex patterns. Travelers who use the trods to speed their movement often do so only sporadically as part of a more direct journey.

The trods also nurture the land through which they pass - plants of all kinds grow more freely near trods, and prove to be more hardy.

As a striding migrates along the trods the unconstrained Spring Magic which is the heart of the vallorn is slowly leached away. The longer the trod and the larger the striding the greater the effect. However, this magic is not just bled into the ether but is returned to the land and in some small way the people that travel the trod.

A trod starts and ends at a Vallorn. As a vallorn grows more powerful as the Navarr advance closer to its heart, successive generations have needed to travel further to weaken it sufficiently before any attack is attempted. The most potent users of the trods are those who begin their journey within an area claimed by the vallorn, and then travel as far away as possible using the trods. Only the Navarr do this on anything approaching a regular basis.

Stridings routinely move from trod to trod, to ensure as much of the vallorn's life-force is depleted before they attempt the dangerous journey back towards the vallorn. At the fall of Terunael the unstoppable advance of the orc foe made this task virtually impossible. The founding of the Empire was the beginning of a sea-change in the Navarr ability to fight the vallorn.

In addition the land near a trod is often noticeably fertile and the crops on land through which a trod passes seems much less prone to disease.

New trods can be created; however, it takes a great ritual and no new trods have been pioneered since 282 YE. With the recovery in 378YE of The Dance of Navarr and Thorn - a powerful ritual from pre-Imperial times - the Navarr once again have access to the potent tool necessary to create trods. The ritual text also laid out several of the theories behind the trods, how they worked and their ultimate effect. The Imperial Conclave agreed to place the ritual into Imperial lore, ensuring that it would not be lost as long as the Empire lasted. 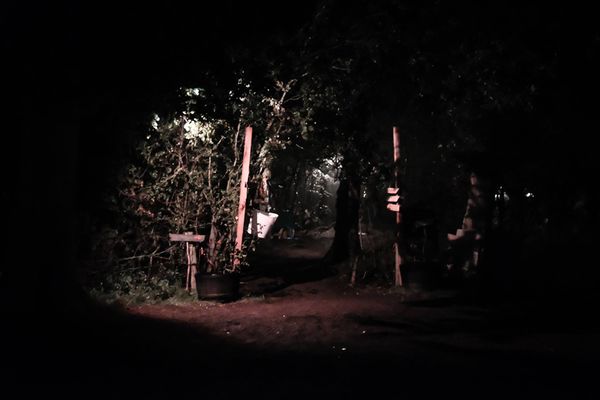 Every trod starts and ends with a vallorn.

Benefits of the Trods

The trods provide a boon to transportation and travel within the Empire.

In addition, everyone moving along the trods helps contribute to their magical effect, but the Navarr stridings are the most significant, moving long distances in large numbers along the trods from season to season. Traders and other travelers do make use of the trods, but in smaller numbers and their movements are focused on their destination. The trods are circuitous so traders moving between cities of the League (for example) will use a trod only as long as it takes them in the direction they wish to travel.

As a trod sees more traffic its effectiveness at drawing off the power of the vallorn increases - but only the Navarr make the effort to spread their movements out over many trods, rather than take the shortest route to their destination.


As of the start of Winter 378YE, the trods in Reikos were seriously damaged by the actions of Druj magicians. Swift action by the Navarr allowed them to use a regio associated with the Sign of Tamar to repair the trods during a battle there. The trods in Segura and Holberg also suffered damage under barbarian orc occupation, but were recently repaired by the combined efforts of the Navarr nation. They are once again walked by stridings.

The trods in Spiral had likewise severely deteriorated due to long-term barbarian dominance of that territory, and were in need of repair. During the Spring Equinox 382YE, following the (hopfully final) conquest of the territory by the Imperial armies, the Navarr were able to completely restore the Spiral trods - albeit in new places most likely due to certain subtle shifts in the terrain (such as the destruction of certain forests, and perhaps the awakening of the Black Plateau).

The Barrens, never having been Imperial territory, have never had a proper trod network - rumours exist of a few tenuous paths that may have been created or used by the Navarr in historical times, but there is little sign of them today.

The trods in the Mournwold had suffered extensively due to neglect; during the Winter Solstice 381YE Navarr magicians rewove the trods, repairing the damage they had suffered. Also during the Winter of 381YE, a courageous band of Navarr accompanied by Freeborn allies made a dangerous sortie into the woods of Liathaven, and performed the Dance of Navarr and Thorn, repairing the tattered trods surrounding the vallorn there.