Thunderous Tread of the Trees

Thunderous Tread of the Trees 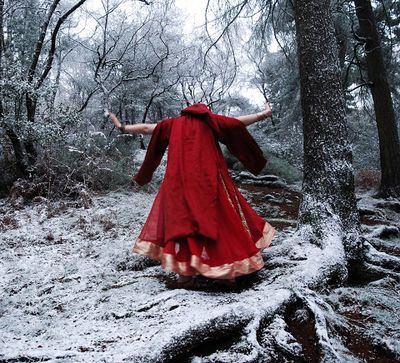 The rage of the forest is deep, and slow to rouse...

During the performance of the ritual the casters must name a region within the target territory which has the forested or marsh keyword.

The ritual targets a single territory. Over the course of the next few days a powerful curse settles over the area. Plants in the territory, especially trees, become possessed of both mobility and malign awareness. The resulting force is uncontrolled. It attacks indiscriminately within the area, targeting fortifications and campaign armies (favouring the former over the latter).

This ritual infuses the vegetation in an area with a malign life. Scholars suggest that it causes spirits of the Spring realm to infuse the vegetation, granting animation and sending them on a murderous rampage. The trees cannot be directed, and will not fight alongside other campaign armies. They are especially drawn to fortifications, which they tear asunder with reckless abandon.

Attacks against the animated trees are largely fruitless. While individual trees might be burnt or hacked to pieces, the sheer amount of vegetation in most territories makes this minimally effective at best. The trees may occasionally endanger smaller settlements, but for the most part they simply ignore villages and even small towns preferring to vent their wrath on armies and castles. This is not to say there is no collateral damage from performing this ritual, and sometimes it will lead to the destruction of an unlucky town, mine or farm - but the emphasis is on large, solid fortifications and gatherings of thousands of troops.

An area under the effect of Thunderous Tread of the Trees will give rise to plenty of stories of horror and heroism in the face of what amounts to an army of angry plants. Some witnesses claim that the vegetative horde unleashed through the ritual is drawn to both Spring regio and to the trods, drawing strength from the one and using the other to move quickly through a territory. A plant that is not entirely burnt to ash seems to quickly repair itself at a regio and rejoin the fray, while there are also reports of previous immobile plants suddenly uprooting themselves as one or more Spring spirits, cast out of their earlier hosts, find new wood to clothe themselves in.

As the curse runs its course, effected vegetation tends to move back towards the location where the plants originally grew. Many trees fail to make it all the way back, however; those that can locate places to root themselves where they can survive, but the aftermath of Thunderous Tread of the Trees often sees trees, bushes and other plants growing in peculiar or unexpected locations.

In the early years of the Empire, the Navarr guide Megan Black Blood observed the use of this ritual during a campaign in Weirwater. She commented primarily on its destructive nature but also remarked how many of the non-Navarri soldiers mistook the effect for the attack of a vallorn. She is said to have privately theorised that a similar effect could be achieved more easily by crafting a ritual to specifically target vallorn vegetation, but said that the results could be unpredictable. She pointed to the way the unleashed vegetation does not leave the territory in which it was created, and that the trees tended to find their way back to (or close to) their original places when the curse began to fade to suggest that such a ritual might be "controllable - for a given definition of 'control'."

The performance of this ritual often involves evocations of destructive forces, and the destruction of easily broken items especially objects of pottery or clay. A map is sometimes used as an additional element, showing the target territory. It is often carved into bark or wood, drenched in water or blood, and left behind at the site of the ritual when it is completed.

The rune Mawrig is commonly used during this ritual, and the star known as The Wanderer is often invoked.