Icon of the Proud

Icon of the Proud 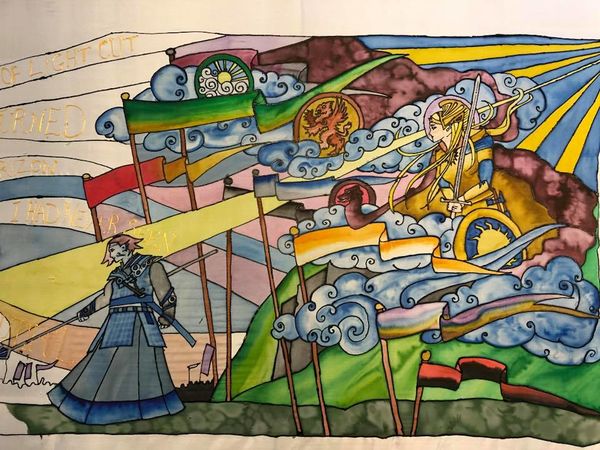 This banner by Asenath daughter of Esther shows the proud paragon Richilde inspiring Nicassia, the Urizen scholar who befriended
Adelmar the Lion

It generally takes the form of a piece of religious art, usually depicting a paragon or exemplar of Pride such as Richilde. Usually, the image is of a figure that the bearer personally finds inspiring and this may mean that it contains the likeness of someone who is not technically a paragon or exemplar. Some League priests bear a particular Icon of the Clever that bears the image of Emperor Giovanni for example, inspired by his practical politics. The Icon is not always a portrait either - even more so that other icons it is common for an Icon of the Proud to take the form of a piece of art particular to a given nation. In Varushka for example, it often takes the form of a statuette of an eagle, and is known as a Proud Eagle or occasionally (and a little paradoxically) a Wise Eagle.