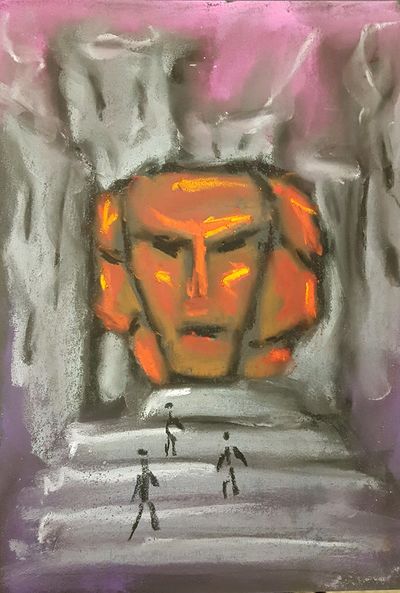 Smoke seems to reference the (no-doubt fictional) city Mazen is said to have once ruled.

Known invariably as the Many-Faced or Mazen of the Many Faces.

They are also sometimes referred to as the Unseen Hand, and a handful of Urizen texts cryptically refer to them as the Price of Folly (there are arguments as to whether this is a mis-print of 'Prince') or occasionally the Gull-Catcher. In the League, Mazen is sometimes called the Lord of the Masks, owing to their physical appearance and the nature of their boons. In Highguard the most common epithet for Mazen is False-face; in Varushka and Wintermark they are more commonly termed No-face; magicians from all three nations tend to be very cautious when dealing with them, but there are several stories of both Kallavesi and Ushka mystics exploiting Mazen's love of manipulation to gain valuable power in time of need.

In the Sumaah Republic, Mazen is called Løgner which literally means liar and contact with them is absolutely proscribed. The Asaveans call them com duas caras or "with two faces", referring both to their multiple features and their manipulative nature. Unlike the Sumaah the Asaveans consider Mazen to be largely harmless; indeed in some places they are viewed as a minor god of trickery and ambition, and offerings are burnt before statues of the creature. The Jarmish have a number of names for Mazen, the most prevalent of which is Lutkar. While some magician princes are known to make bargains with Lutkar to gain power, doing so is often seen as an act of foolishness or desperation.

A few old League plays feature Mazen, usually as a gently comic figure who helps both villain and hero at different points in the story. There are persistent rumours that one of the thousands of theatrical masks in the Facio Hall of the Armetto Theatre in Sarvos is Mazen’s, but if this is true, nobody has found it.

Mazen is often associated with Queros, rune of plots.

When you know what someone believes, you know who they are, and how to move them.

Mazen of the Many Faces is an Autumn eternal of uncertain form. While other Autumn eternals generally appear to be horned humanoids, Mazen usually appears as the 'Lord of the Masks'; an inhuman creature with a head comprising at least four masks or faces, each of which speaks with its own voice, and with a varying number of limbs. In this form they tend to dress garishly, forsaking the understated elegance of Callidus and the classier denizens of the Labyrinth in favour of displaying their wealth. This form tends to seat themselves on a high throne, so that they speak down to their mortal visitors.

While this is their common form, they have been encountered in a variety of other guises. On occasion they appear as the Chorus - a collection of their heralds speaking with the same voice; or as the Gallery of Masks - a room full of framed masks which glow with an eerie light and speak with many voices.

They refer to themselves using plural pronouns, and eschew any particular gender.

There is a great deal of speculation among Imperial magicians as to the nature of Mazen. Their masks are clearly not actual faces; they have been known to remove them to hand out as boons. On occasions, magicians treating with Mazen have reported that upon removing one mask, another was present beneath it, as if the eternal had no true face. Others have pointed to the fact that the many forms Mazen takes are at odds with the traditional appearance of Autumn eternals as horned humanoids - they speculate that nobody has ever met the real Mazen, assuming it even exists. Rather, they suggest that all the multifarious shapes Mazen takes are masks, presumably constructed through the cunning artifice of the creature itself or perhaps by the eternal Estavus given their tendency to include metallic substances. Indeed Daniella Vassa di Sarvos at her trial put forward the supposition that Mazen is in fact a constructed being, perhaps made by Estavus, who freed themselves and now pursues their own agenda - while this seems unlikely it goes some way towards explaining the slightly alien and unpredictable nature of the Many-Masked.

Just because something isn't a lie does not mean that it isn't deceptive. A liar knows that he is a liar, but one who speaks mere portions of truth in order to deceive is an artificer of outcomes. 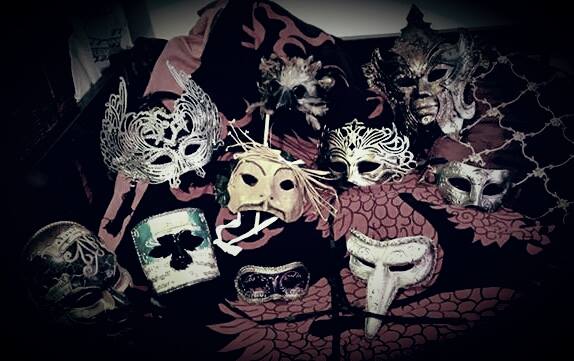 Mazen appears less interested in advancing their own power than in encouraging others to do pursue their own goals. They generally encourage mortals to use any tool at their disposal to advance their agenda; subtle action; misdirection; conspiracy; naked power grabs; the use of lies, deception and misdirection; accusations against political rivals; blackmail, bribery and threats; using dupes, pawns and patsies; and the manipulation of sentiment, pride and perceived bonds of loyalty or obligation. To Mazen, power over others is an end in itself, and there is no method too unethical or immoral to achieve that end.

Mazen claims to be interested in what will motivate mortals to put aside their squabbles and work together. They claim that their shape is a metaphor for a nation or other great body of people: greater than the sum of its parts, yet still formed of every individual therein. In an address before the Imperial Conclave in 286YE their herald Jannam argued that Mazen could make a powerful ally for those in positions of power, especially a great unifying figure prepared to do their work. In passionate rebuttal Nero of the Dreaming Spires - then Grandmaster of the Celestial Arch - reminded everyone that Mazen was an eternal of Autumn; that their words were not to be trusted; and that they had no interest in the glory of empires, but the glory of Empresses. Mazen's petition for amity was defeated by a narrow margin.

Mazen's expression of interest in mortal pride, loyalty and co-operation is generally seen as a slightly unconvincing veneer over a deep-seated fascination with silver-tongued manipulators who use these sentiments to control others. They enjoy the antics of ruthless politicians, corrupt leaders and vicious warriors alike - as long as they are charismatic or cunning enough to build up a following; but they reserves a special place in their 'heart' for the artist of the long-con. Mazen is always interested in aiding a truly spectacular con, and the more convoluted the hustle, the better. Confidence tricksters are cautioned that Mazen is equally happy with a trick that ends in spectacular failure as they are with one that ends in spectacular success; it is the spectacle in which Mazen revels. 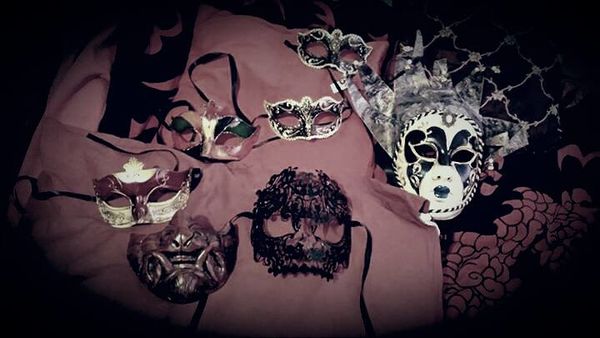 The most famous recent example of Mazen's patronage was that of Daniella Vassa di Sarvos, a corrupt Master of the Imperial Mint in the reign of Emperor Barabbas. A razor-sharp long-con artist, she convinced many of her victims that she was their friend and ally and that she would use her influence and resources to aid their cause. So thoroughly were many of her victims gulled that they defended her vehemently at her eventual trial, even inventing elaborate theories to account for the evidence against her. Mazen sent heralds to her funeral, and occasionally refers to her in tones of apparent fondness.

Mazen regularly expresses the opinion that they are the greatest of all Autumn eternals. They consider themselves wiser than Basileus Flint, whom mortals fear; more subtle than Callidus, who invokes naked greed; wealthier than Estavus who wastes her time on creation when she would be better served to control creation. Those who follow such paths, they claim, will find themselves easily betrayed, manipulated or used as tools to advance the agenda of another. The Freeborn scholar Serval i Riqueza, when opposing the suggestion that the Unfettered Mind support the development of a ritual to allow trade with Mazen, pointed out that Mazen is quite clearly much less powerful than the eternals it claims to despise - "Perhaps," he said "It still hasn't had its chance to betray them?" Indeed, while they are often contemptuous of the others, they seem to have little problem co-operating with them - apart from Basileus Flint. Mazen despises Flint, although the details of their enmity are unknown.

Beyond the drive to manipulate and gain power, Mazen is also fascinated with questions of identity. On occasion they have claimed that knowing someone else is the first step toward binding them to your cause. They warn against expressing one's true identity to others, who might be able to find weaknesses to exploit; whenever they offer patronage they recommend concealment and misdirection. Some scholars have suggested that Mazen is trapped in a quest to uncover their own identity - that they lack some fundamental self-knowledge that mortals take for granted. Given they are said to express an irrational dislike of mirrors, there may be some truth in this theory.

Truth; hear it at all times but speak it only when it does not matter.

Mazen of the Many Faces is fond of magicians, claiming that (in their experience) they are the best-placed to control others. Their boons often come in the form of masks which grant powers to their wielders - ritual power, knowledge of ritual magic and potent auras similar to those created through hallowing are all common boons.

They also have a soft-spot for priests of all faiths and religions, sometimes opining that priests are the most effective wielders of sentiment and the best exploiters of weakness in the mortal world. They offer boons appropriate to the faith of the priest - and while the faithful tend to view Mazen's interest as suspicious, those more interested in political power than the spiritual well-being of others are quick to accept. When dealing with priests of The Way, Mazen is known to make gifts that enhance the Mantle of the Golden Orator as well as objects that increase the ability of the wielder to employ Religious skills. The latter has raised some eyebrows in the Imperial Synod and questions about where Mazen acquires these talismans have never been satisfactorily answered.

Mazen never gives a boon of power directly to a mortal; the boons it offers are always physical objects, and invariably require bonding. Mazen appears to find it appealing that any gift of patronage or power they give can be stolen, traded, given, taken, lost or found.

It is not clear whether Mazen of the Many Faces has many heralds or only one. When its heralds appear, they tend to be stone-faced or stone-masked creatures, dressed in a variety of costumes and with a variety of personalities – yet they all claim to be called Jannam, and to be the same entity. Stories from Asavea, Jarm and Sumaah alike all agree that this entity pursues Mazen's goals all over the mortal world.

As with Mazen itself, this appearance is very different to the usual appearance of Autumn heralds - speculation suggests they are "made things" rather than living creatures. Darker theories suggest that it is the masks that are Mazen's heralds, and that the bodies that wear them are somehow enslaved or subordinate to the mask

Mazen appears to give Jannam free rein, apparently confident that they cannot be betrayed or outwitted.