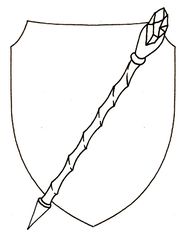 The Order of the Rod and Shield holds the following to be true:

The Order of the Rod and Shield therefore exists to: 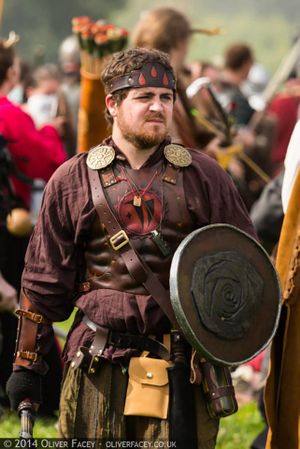 Might and Right; Rod and Shield
Mage armour made by Winterforge Armouries

The Order of the Rod and Shield work hard to advance the use of martial magic. Many of their number are battle magicians, and it is common to see a Dawnish warwitch, an Imperial orc warcaster and a Varushkan Warden all rubbing shoulders during their meetings. They lobbied for the creation of the post of warmage, and they are the order who has provided the most magicians to that post. Indeed, a warmage from an order other than the Rod and Shield often comes under pressure to join their ranks.

There is occasionally some conflict within the order between magicians who are versed in offensive spells and rituals; those whose magic is better suited to battlefield support, such as healing; and those who focus on providing enchantments to strengthen military units, campaign armies or create fortifications. For the most part though they are united by their shared understanding of the importance of magicians fighting for the Empire.

They are often at odds with the Order of the Golden Pyramid because that order sees them as encouraging magicians to be the servants of the Empire rather than receiving appropriate recompense and recognition for their skills. They also compete with the magicians of the Unfettered Mind for the position of Dean of the Lyceum, recognising that by gaining that position they can help research and codify the many powerful battlefield and strategic rituals that will help the Empire triumph over its foes.

Historically the order has made several attempts to claim greate importance than other orders, claiming that achieving their goals is vital to the safety and success of the Empire. Magicians of other orders are at pains to point out that the Empire has always been at war, one way or another... that it needs wealth, political stability, good spiritual health, innovation and reliable intelligence at least as much as it needs enchanted armies.

Each summit, the Conclave vault of the Rod and Shield garners the following resources;