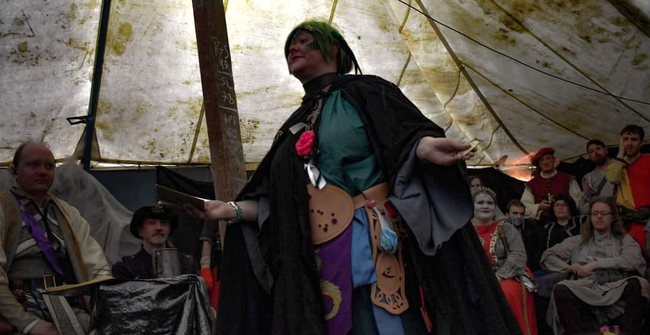 The Night archmage supports Imperial magicians and serves as a diplomat to the Realm of Night.

Each archmage is addressed by their title and the name of the realm of magic they stand for - Elyssiathain, Archmage of Night or Archmage Pavel Denisovich Patriciu of Night. The title archmage comes originally from Urizen, a development of the title mage.

The Archmage of Night is responsible for attending to the magical business of the Conclave, and possess powerful tools to help them do so. They represent the Empire to the eternals of the Night realm, and vice versa. They also work with magicians versed in the lore of Night magic to expand the Empire's understanding and power in that realm, and employ it to the advantage of Imperial citizens.

The Archmage of Night has the legal powers common to the archmages. They can address the Conclave; accept a formal parley with Night eternals; and advise the magistrates as the recognised master of Night magic;

In common with the other archmages, the Archmage of Night has legal ownership of three powerful magic items that make up the regalia of the archmage. These include the Staff of Night which greatly enhances the bearer's prowess with Night ritual magic; the Violet Chain of Aesh that can reduce the magnitude of a Night ritual; and the Belt of the Great Wyrm which can allow multiple covens from the same nation to cooperate in the performance of a single Night ritual.

The Archmage of Night has a special use of the plenipotentiary power related to the eternal Lashonar; access to the Caucus Forum. The Caucus Forum is a special chamber controlled by Lashonar which it uses to arrange meetings between mortals. With a suitably worded plenipotentiary message, the Archmage can request that Lashonar arrange a meeting on neutral ground with representatives of any mortal power or organisation. Lashonar will do their best to ensure that representatives of that power are invited to the Caucus Forum to speak with the Archmage and their companions. 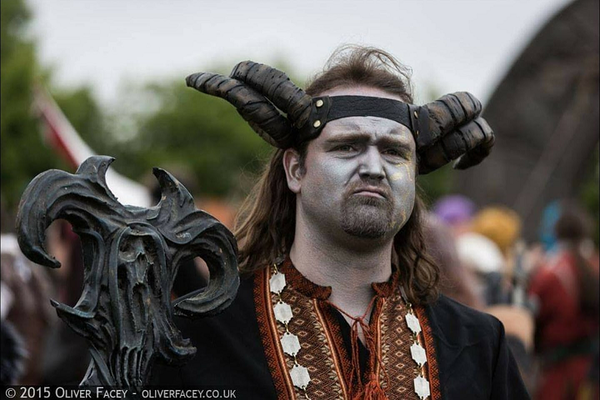 An Archmage of Night may find it all-too-easy to develop personal relationships with the sociable Night eternals, something that may easily cause all kinds of complications later.

The Caucus Forum appears to operate under some specific rules. Lashonar proclaims that the law of peace lies upon all those who enter the Caucus Forum. Any violence by either party will be revisited upon the instigator threefold. Lashonar's retribution will fall upon the person themselves, upon the people for whom they speak, and upon the land from which they hark. Furthermore, as the meeting has been arranged with the formal request of the Archmage of Night, it will be considered a parley, with all that implies should a party foolishly choose to break the law of peace.

Lashonar does not hold with the idea that the archmage alone determines who speaks and who does not. As such, while the meeting will be formal in all other regards the eternal expects that everyone there will speak as they wish.

Secured during the tenure of Archmage Elyssiathain, this ability remains a permanent right of the Archmage of Night, as long as Lashonar is not subject to enmity.

The appointment, replacement, or removal of the Archmage of Night is made by declaration of candidacy as part of a Conclave session. A candidate can be presented for the post of archmage only once a season, and the title can be held by any Imperial citizen.

The Archmage of Night serves until they are replaced by another magician using the declaration of candidacy. As a title in the Conclave, an archmage cannot be revoked.

The Eternals of Night

The Archmage of Night is the Empire's formal representative to the inhabitants of the Night realm, and often serves as a go-between when those eternals wish to communicate with the Empire. Most eternals will treat the archmage as a peer - although that can mean very different things for different eternals. One of the most potent abilities the Archmage of Night possesses is the power of plenipotentiary, allowing them to communicate with eternals from their realm and potentially arranging a parley. A list of previous plenipotentiary results can be found here

Of all the archmages, the Archmage of Night may be said to have the most difficult job when dealing with the eternals. The Night eternals are creatures of passion, rather than reason, and possess an alien intellect quite different to that of the mortals they deal with. They might take actions that make sense only if one understands the complex thought processes of the eternal and otherwise look to be entirely whimsical. They can also be surprisingly single-natured - no archmage has ever managed to sway the eternal Sadogua from the belief that magicians are superior to non-magicians for example, and every interaction with that eternal seems to be driven by a desire to exalt magic users over their fellow citizens in some way. The concerns of several Night eternals are also to some degree contradictory - for example Sung and the Whisper Gallery are concerned both with discovering mysteries and secrets and simultaneously with preventing the truth being uncovered. At any given moment, a Night eternal may be one several sides of a conflict without seemingly suffering any cognitive dissonance.

The Archmage of Night is often in a good position to present declarations of amity and enmity to the Imperial conclave when relations between the Empire and an eternal need to be formalised. Indeed, more than any other Imperial title, the Archmage benefits from staying abreast of the relationships between the inhabitants of the Night realm and Imperial citizens. The current status of the Night eternals with an interest in the Empire can be found here.

This title is currently held by Elyssiathain; it can be reelected at any summit by a declaration of candidacy. The table to the right shows the citizens who have been elected to hold this title in the years since Empress Britta died.