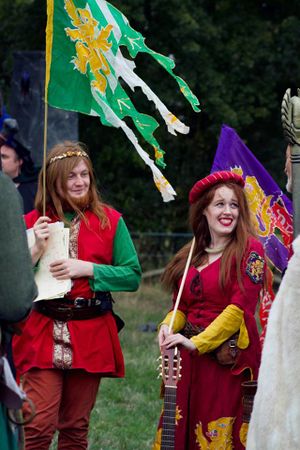 The Dawnish adopted the Way with gusto, butcontinue to hold
glory as the greatest calling.

The Dawnish have little interest in impersonal sermons. They believe that a priest should move their congregation, to inspire them to greatness. Most noble houses desire to have a troubadour, who can perform tales and poems of the great Dawn legends. No Dawn inhabitant, yeofolk or noble, can fail to be stirred to action when hearing the glorious tales of the heroes of the past. Troubadours provide moral guidance, filling the role of priests, as well as acting as historians, bards and keepers of legend.

The Dawn Assembly of the Imperial Synod is somewhat notorious for its competing troubadours seeking to use the Synod to validate and immortalise the subjects of their tales in fame - or sometimes in infamy. While some troubadours engage in the other business of the Synod, the majority put the interests of their own house ahead of any other duty or responsibility.

The assembled troubadours award the accolade to the nobles who they feel best embody the Imperial Virtues - a position of great honour in Dawn. If they do not identify a fitting candidate for a virtue then they do not appoint anyone as the champion. Lists are kept by the troubadours, who make a special point to repeat the tales of these pious individuals and encourage them to exemplify the Virtues not only to the people of Dawn but also to the rest of the Empire. Several Exemplars are known to have come from among the Dawnish champions of virtue, and at least one Paragon. 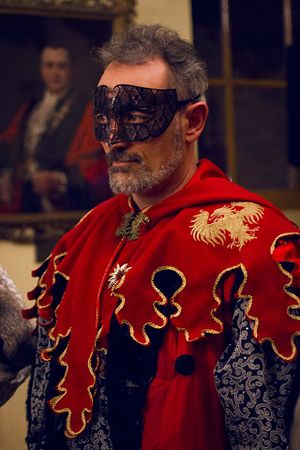 Troubadours are priests who celebrate the glory of their noble house.

As with many positions of honour in Dawn, yeofolk are not considered as aspiring champions. If they had it in them to become honoured in this manner, they would be part of a noble house.

As far as the Imperial Synod is concerned, Dawn is one step away from being a hotbed of heresy. The people have adopted the Imperial Faith with gusto, but they continue to hold glory as the greatest calling, and often see virtue merely as a means to that end.

I write as one burdened by failure and shame. The Dawnish
embrace their immortality far more readily than they do the Seven Paths
of Virtue. Time and again, I have told them: Passion is not a Virtue;
Glory is not a Virtue; Greatness is the product of Virtue, not its purpose.


Yet, for all my efforts, many still see virtue as a means to an end,
not an end in itself. The Dawnish may aspire to match or exceed
the Paragons’ deeds, but only for the sake of their own Legends.


I am returning to the Chapter, but I bring with me a score of
Troubadours who would have their living knights recognised as
Exemplars, and pretty much all the dead ones as Paragons.


Simeon the Wayfarer, taken from Epistles to the Winds of Virtue, 14 BE