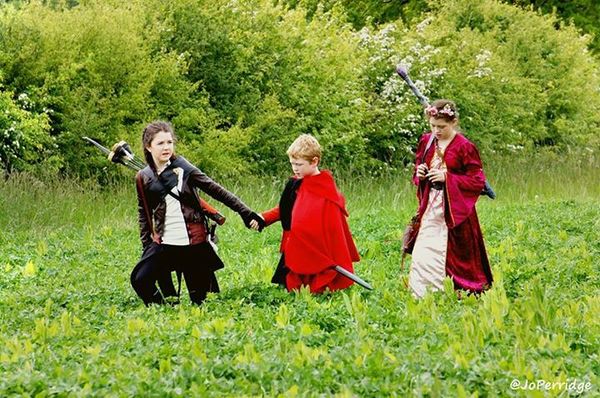 Dawnish children are allowed a great deal of freedom to play -and to get into mischief.

Despite - or perhaps because of - the warlike nature of life in Dawn, the children of yeofolk and nobles alike are sheltered, indulged and encouraged to make the very most of their childhood. They are not expected to undertake apprenticeships or work for their parents until they are of age, but instead are allowed a great deal of freedom to play. It is a parent's responsibility to educate their children to a reasonable standard, and most can read, write, perform arithmetic and understand imperial and national history by adulthood.

Play, however, is not unstructured, and children are encouraged to participate in games which develop skills they may need later in life. Particularly popular amongst the noble houses are games of war, where children learn how to correctly handle weapons, fight individually and in groups and learn to command troops in miniature. Minstrels often teach such things, using the tales of great heroes to inspire and structure the games.

Children born into or adopted into noble houses are often given positions of responsibility as squires.