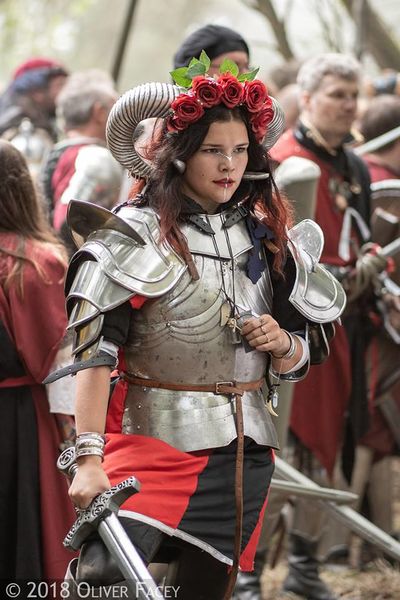 Life is a quest; glory is the only acceptable end.

Life in Dawn is a quest, a great contest in which the goal is to achieve glory at any cost.

The people of Dawn are divided by the Test of Mettle. Those who have passed the Test are granted the status of nobility, the right to call themselves lord or lady, and entry into one of the noble houses that rule Dawn. Those who have never taken the test are yeofolk, farming their land, fighting as rank and file in the Dawnish armies, or serving as retainers to Dawnish nobility.

At the heart of each house is a powerful noble family, but the tradition of adoption means that many members of a house are only nominally related to each other. Membership is determined not by birthright but by passing the Test of Mettle set by the house. Each house is led by an Earl, selected by the nobility that make up the house. A member of a noble family who has not passed their Test of Mettle is technically a yeofolk, although one that may enjoy significant comfort depending on their family.

Nobility and its trappings are widely and lavishly celebrated. Tourneys are held to mark religious celebrations, weddings, births - almost any public occasion will be used as an excuse for nobility to display their feats at arms. Not only knights take part - musicians, mages, and craftsman are all encouraged to participate in public demonstrations of (generally friendly) rivalry, with prizes awarded to those judged best by their peers. 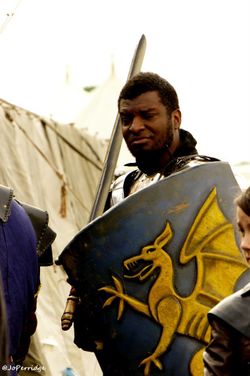 Nobility and its trappings are widely celebrated.

Romance is a vital part of life in Dawn. The Dawnish pride themselves on their charm and good manners; they enjoy the act of courting for its own sake and many see clever flattery as an art-form. But if a Dawnish citizen is pursuing love, then they are expected to treat the challenge as seriously as they would the pursuit of glory - to woo the object of their affections, to demonstrate their depths of their love with a test of ardour, and thus to win their heart. The unique traditions for marriage in Dawn reflect the importance they place on courtship, romance, and love.

Apprenticeship, and the relationship between master and apprentice, is a common tradition for Dawnish yeofolk. The children of nobility are more likely to be instructed by tutors, skilled professionals hired to teach them hunting, singing and the arts of war. Most tutelage include a series of ever more difficult, and sometimes dangerous, challenges.

Money is largely seen as something as the business of the yeomanry in Dawn. A noble enjoys the comforts and opportunities wealth affords, but few care where it comes from. A noble house usually employs a professional yeofolk called a seneschal to manage their estates while a noble will keep a retainer to deal with the ignoble activities of counting coins, working out budgets and paying for things. When an earl decides to throw a tourney, they tell their seneschal to see that it happens. A noble who worries about money risks forgetting that what matters in Dawn is glory. 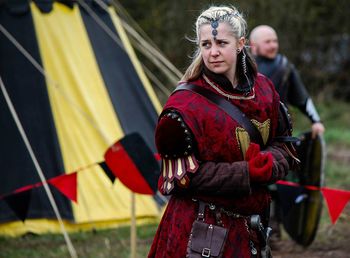 It is common for a noble to preface their name with Lord or Lady.

Names in Dawn are inspired by chivalric French and Arthurian romance. Given names in Dawn are full of romance and meaning. Parents might name their children after great heroes, after beloved relatives or virtues to which they wish the child to aspire. A name should have a story, which the child should be ready to tell if asked – “I was named for my uncle, who fell defending the Barrens at the battle of the Seven Fords the year I was born.”

Formally, all nobles append the name of the noble house to which they belong. However, a noble may also be known for the manner in which they passed their test of mettle, for a distinguishing feature or for their heraldry. Geoffrey of House Rousillon, for example, might be known as Geoffrey the Brave, Geoffrey Wyrmsbane, Geoffrey the Short or simply Geoffrey Rousillon. An unpopular noble might find themselves mocked by the common use of an unflattering nickname. 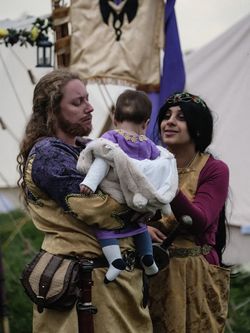 Nobility comes from glorious deeds, not an accident of birth.

Several noble houses retain the archaic prefix ‘de’ before the House’s name. The more traditional see this as mark of distinction and ancient lineage - other, newer houses have dismissed it as outmoded.

Members of a noble house are entitled to adopt an appropriate title to indicate their status. Lady or Lord (e.g. Lord Raynard de Courville) are the most common with the latter in particular used by nobles of any gender, but nobles may pick their own title as they prefer.

The head of the house may use only the house’s name (e.g. Lady Elaine de Courville, on rising to be the head of the household, may choose to be addressed simply as Lady de Courville), but all other members must also use their given name. More commonly the head will use Earl to indicate their status (regardless of gender). A witch who is the head of a house usually adds the epithet of ‘Enchanter' or enchantress to their name. (e.g. Earl Raynard the Enchanter de Courville or often just Raynard the Enchanter.)

Knights - both questing knights and knights- errant - often use the prefix "sir" or "ser". These terms are used interchangeably by all genders.