Keeper of the Spice Gardens

Keeper of the Spice Gardens 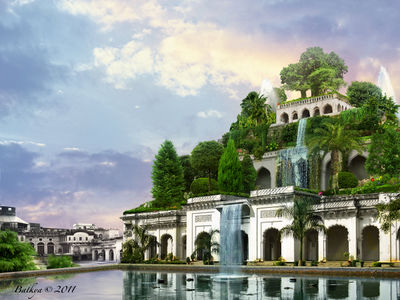 The Keeper of the Spice-Gardens is an Imperial title connected to the Spice Gardens of Feroz. The position of Keeper is a sinecure, requiring minimal responsibility but offering a portion of the finest cerulean mazzarine grown on the Brass Coast. Additional luxury spices are sold to ensure the upkeep of the Gardens and a comfortable salary for the various farmers, horticulturalists and merchants who work as agents of the Spice Gardens, although production has tailed off a little in recent tumultuous decades.

Spices from the Gardens are sold throughout the Brass Coast, and before the fall of Segura were exported, first to the Faraden and then even farther afield. Regular caravan trains cross the Spider's Dream to Sarvos, and from there travel throughout the Empire being especially sought after in the markets of Varushka and Urizen. While the money from this business is not available to the Keeper, it can often help bring a certain level of prestige to the holder of the title among those who consider themselves gourmands.

The title of Keeper has a prestigious legacy. It was created in 213 YE during the reign of Empress Mariika, and many scholars believe it was part of an agreed price paid to gain the support of the Freeborn senators for the sweeping financial changes she instituted. The title changes hands with much less regularity than many other Imperial sinecures - the holders tend to be long-lived, and understand the value of maintaining a level of popularity among their peers that makes revocation a very rare occurrence; only one holder has been revoked (in 296 YE Inigo i Tamari i Erigo was stripped of the title when he was found guilty of using his position to cover trades in illegal substances with a Sarcophan beggar-prince. The Erigo tribe have not held the title since, and several families in Feroz are known to be desperate for the opportunity to claim the title once more).

The title holder is expected to ensure that the Gardens remain fertile and continue to produce a wide variety of valuable luxury goods and valuable herbs for use by physicians and apothecaries throughout the Brass Coast and beyond. How the Keeper disposes of the herbs they receive is entirely their own business; while there is often pressure placed on them to donate their bounty to various causes the majority choose to either sell them or have them made into potions for sale or personal use.

While any Freeborn citizen might try to claim the position, the families of Feroz have worked hard over the last several centuries to ensure that it remains in their hands rather than being claimed by someone resident in another territory. While the title is clearly a sinecure, the Keeper often uses their position to gain additional prestige. Some citizens of Feroz would rather informally approach the Keeper for help with problems relating to their farm, herb garden or forest than the Senator of their territory.

The Spice of Feroz

The Keeper gains custodianship of a sinecure Each season they receive 12 doses of Cerulean Mazzarine, and 2 doses each of Imperial Roseweald and True Vervain. The Keeper also receives a small portion of the finest spices for their own table. While this has no game effect, the Keeper often cultivates a reputation for gourmet feasting.

The title can be held by a Freeborn citizen. The Keeper has tenure, and serves until they die or step down. They can be revoked by the General Assembly, the Freeborn National Assembly, and by the Assembly of the Nine.

This title is currently held by Sadiq i Isa i Erigo. This title has tenure, the occupant may hold the title until it is revoked, they die or they relinquish the position. The table to the right shows the citizens who have been elected to hold this title in the years since Empress Britta died.