The League music (Redirected from 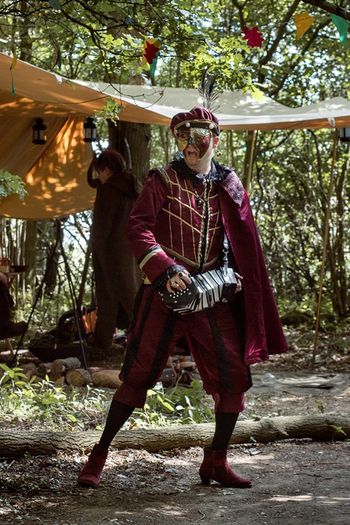 League songs are laced with innuendo and hidden meaning.

The League is a combination of different cultures and its performance traditions reflect that. High art in all its forms, theatre and songs laced with innuendo and hidden meaning, characters who delight in cunning and trickery, flamboyance, opera and baroque/classical stylings accompanied by flutes, guitars, and even brass, themes of playfulness, loyalty and ingenuity. Low culture: comedy song, street magic, and clever rhyming, often poking fun at someone or something.

For the high art of the League, look to European and Spanish-influenced classical music, particularly Italian and German including arias, lieder, and classical instrumental music from Argentina. For low art concentrate on songs with the theme of deals, cunning, trickery, flamboyance, or loyalty and instrumental music with an Italian, Spanish, or Mariachi sound.

Songs about notable people/entities in the League