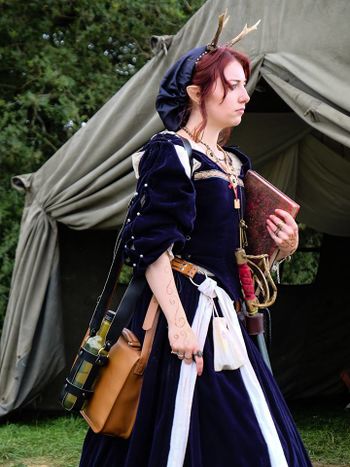 The League is rich, and the cities have always been a centre of trade within the Empire. Anyone prepared to work hard who has any level of moxie or chutzpah can amass a respectable pile of coin. There is a poor underclass in all the cities of the League, but there is a widespread perception among many that these people are poor because they “choose” to be. If they had any get-up-and-go they would join a guild and make something of themselves.

League entrepreneurs have expanded the Empire’s knowledge of foreign lands and even gone so far as to establish embassies and trade delegations outside the borders of the Empire. The Synod has expressed concerns about these embassies on more than one occasion, but the benefits they bring to the Empire have so far outweighed any danger peaceful relations with foreigners might represent.

The League is entrusted with the Imperial Mint based in Tassato, which produces all Imperial coins. At the Empire’s birth, every nation used different coinage, and trying to consolidate exchange rates and manage investment across the Empire was an economic nightmare. Issuing a new coinage was a way to support both economic growth and ensure a level of stability, and making that coin out of steel prevented coin clipping as well as strengthening the power of the Empire. The mint is run by the Civil Service, but defended by League troops and control of the Mint and its guards is a powerful political position.

The League was also ultimately responsible for the creation of the Imperial Bourse, which oversees and controls the distribution of bulk goods throughout the Empire. While they do not have a monopoly or control over this institution, more than any Nation save perhaps the Brass Coast they appreciate the opportunities for influence that the Bourse represents. Many merchant princes make a fortune in steel playing the Bourse, while others gain great influence within the Empire through clever manipulation of the markets. 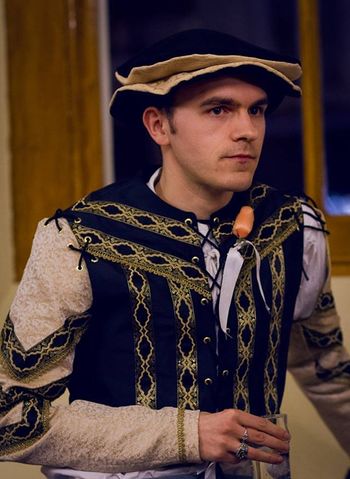 The downside of the vast wealth of the League is that it breeds schemes to redistribute it and not everyone is prepared to play by the rules. There is always some up and coming individual prepared to risk hiring a few Bravos to extort a little money and there are always rumours of people who will do more for money than just threats and a beating. Those that want to be accepted into society make an effort to distance themselves from such methods as far as possible - the guilds have no time for organized crime and they work closely with the Imperial Magistrates to ensure that those involved are caught and punished. There is no sympathy for those operating outside the rules that everyone else chooses to abide by and a belief that tolerating lawbreaking undermines the fabric of League society.

To help the magistrates enforce the law, the cities employ professional thief-takers. These groups operate to identify and capture criminals, in return for bounties offered by the magistrates or by wealthy guilds and individuals. The first thief-takers were Temeschwari, but the advantages of the system spread across the League once the benefits were understood.

If the League has no truck with violent crime, they do have a love affair with confidence tricksters. Imperial law contains no protections for merchants or those who buy from them and in the League the art of the swindler is much admired. The best usually have some skill with magic and are called mountebanks, after the traditional theatrical character. They are part of League folk lore, selling the fish from an empty net to a wealthy priest or persuading a merchant prince to part with a fortune for a worthless glass bauble. Surprisingly, such deeds are perfectly acceptable within the rules of Dead Reckoning – with one very important caveat - be careful who you tell. A merchant prince may applaud your ingenuity, provided her reputation is intact, but a mountebank who makes a fool of her in public had better have some very powerful friends.