Virtue made the Empire strong, we made it great

Bishop Gilde van Holberg, Address to the Assembly of Prosperity 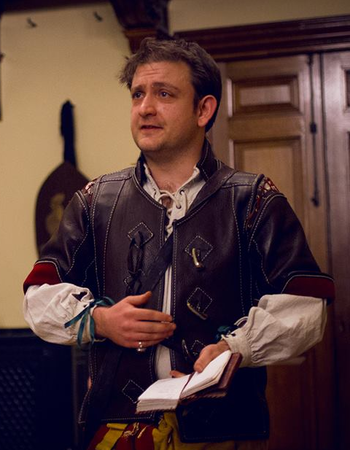 Preaching is only one way for a League priest to serve their community.

To the eyes of an outsider, religion in the League seems a little transactional. Many religious buildings and celebrations seem to exist to take money or goods from the citizens in the most splendidly showy way possible. This certainly isn’t to say that priests here are not fervent or devout in their beliefs. They simply recognise that they provide a service and should be recompensed appropriately. Competition amongst priests for provision of lucrative religious services, such as the marriage of a merchant prince or the funeral of a wealthy merchant, is fierce. The priesthood make an effort to provide a spectacle for such events, ensuring that they earn their wage.

The League quality of competition is as strong in matters of faith and spirituality as it is in every other aspect of life. A bishop of the League may be as pious as any priest of Highguard, but they can also be as ruthless and mercantile as any merchant prince. Where the guilds keep score with coin and favour, the bishops use the size and notable membership of their congregations. The most powerful include artisans, tradesman and in some cases mercenaries or dedicated soldiers as well as priests and layfolk. The bishops of the League together form the League Assembly within the Imperial Synod, and when united on a common purpose their political acumen can make them a potent force.

In addition to preaching The Way of Virtue, many of the churches in the League also operate on the basis of providing civic functions paid for by donations, often from the people they have helped. Some employ soldiers to patrol the streets and keep them free of muggers and pickpockets, while others operate schools and hospitals. Others look beyond the borders of the League, actively soliciting donations to help them in their "good works," seeing their city, their nation or even the whole Empire as their congregation and its defence and improvement their responsibility.

Church of the Little Mother

The most famous League church is the Church of The Little Mother. Originally based in Sarvos, churches dedicated to the Little Mother, an Exemplar of Prosperity and the matron of children and orphans, are found in all League cities and in some parts of other Nations as well. The Little Mother takes in orphaned or abandoned children, ensuring that they receive a chance in life. Children are taught basic numeracy and literacy before being apprenticed to a master in the city. The Church sustains itself with donations, often made by former beneficiaries, and is well respected by the Imperial authorities and League people. It can also wield a surprising amount of political power, as many influential people owe their start in life to the priests of the Little Mother.

A key figure in the religious life of many citizens is Aldones di Sarvos, who many look to as the founder of the League, and is recognised by the Imperial Synod as a Paragon of Ambition. Aldones started life with nothing and through his labours, fierce competition, skill and swordsmanship, created the first guild and declared himself a Merchant Prince. Aldones did many great deeds throughout his life, but all inspired by the love he bore his city. Aldones' legacy was affirmed when, through his vision and influence, he united the cities of the League, and helped forge a Nation. He disappeared - or ascended - shortly after his keynote speech to the newly-united League, and the final words of his address are inscribed on his memorial in Sarvos to inspire his successors to pursue their goals: "In Highguard, they build castles and call them towns. We will build cities, and call them a nation."