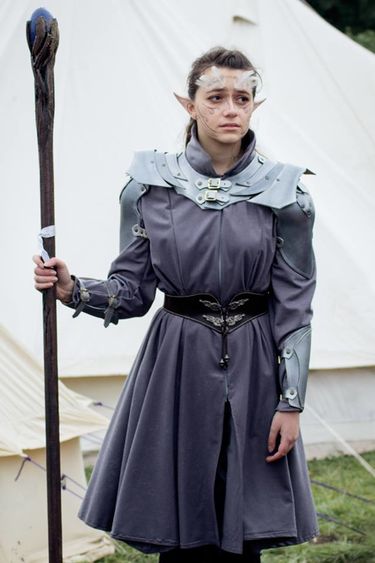 A "Staff of Wizardry" grants any magician complete mastery of every known spell.

A Staff of Imperial Mastery is sometimes called a Staff of Wizardry, and is quite rare. Some say that these staves - particularly in artefact form - are imbued with the spirits of the most powerful magicians, or even eternals. According to one rumour, the staff is crafted from wood that grows over the grave of a master magician - or in some cases, from the bones of such an individual.

The best known example of a Staff of Imperial Mastery was crafted by the dark magician Mangar the Dark, in the service of Alderei the Fair. This sorcerous villain murdered her two brothers, the twins Tarjan and Kylearan. The insane volhov rendered their bodies down and used their arm and leg bones to form the core of her staff, wrapping it in black heartwood and leather made from their skin, tattooed with the many spells they knew between them. Mangar was allegedly hounded to her death by the spirits of her murdered siblings. According to legend, she cast herself into a dark mere somewhere in Varushka, where her body - and her accursed artefact staff - are said still to lie.